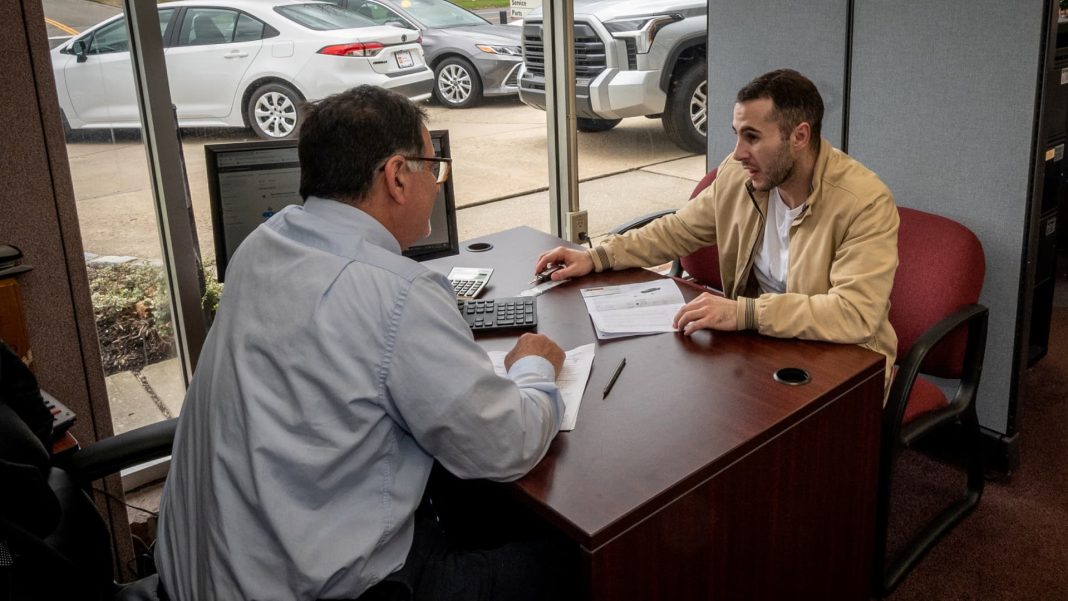 There was a time when Black Friday in the car-selling business meant a flurry of big sales events at dealerships whose lots were full of new vehicles.

These days, with inventory still squeezed from supply chain disruptions, discounts are not as generous as they once were. And most autos still are not sitting on lots for long due to persistent demand — meaning dealers don’t have to provide much in the way of incentives for car buyers to make the purchase.

However, the situation is easing slowly with modest improvements in inventory on dealer lots as rising interest rates put pressure on affordability.

More from Personal Finance:
Here’s where credit scores are the highest — and lowest
These 10 used cars have held their value the most
Buyers need a six-figure income to afford ‘typical’ home

“We’re seeing a softening in the premium that people are paying above [sticker price],” said Ivan Drury, senior manager of insights at Edmunds.

Buyers are paying less above MSRP than they were

Last month, buyers paid an average of $46,991 for a new car, which was $230 above the average sticker price — the manufacturer’s suggested retail price — of $46,761, according to Edmunds. In January, however, buyers were shelling out $728 above MSRP.

For cars that come with a discount, the average in October was about $882, according to a joint forecast from J.D. Power and LMC Automotive. That’s down 44.7% from a year ago and marks the sixth consecutive month under $1,000.

The average number of days that cars sit on dealer lots before being sold was 19 days last month, according to the J.D. Power/LMC estimate. That compares to 74 days in October 2019.

And, about half of vehicles (52%) are sold within 10 days of arriving on lots.

Financing deals are re-emerging — with caveats

While discounts remain minimal, financing deals are starting to return after disappearing for some months, Drury said. For buyers with strong credit, 0% financing or low financing (say, 1.9% or 2.9%) are available on some cars.

However, those deals may not let you stretch the loan beyond three or four years, Drury said. That means paying less in interest overall, but facing higher monthly payments.

Having a car to trade in remains your best negotiating chip to bring the cost of a new car down, Drury said. While used car prices also are softening, values remain elevated. The average trade-in equity for October was $9,297, which is $598 more than a year ago but down $820 from June’s peak, according to the J.D. Power/LMC forecast.