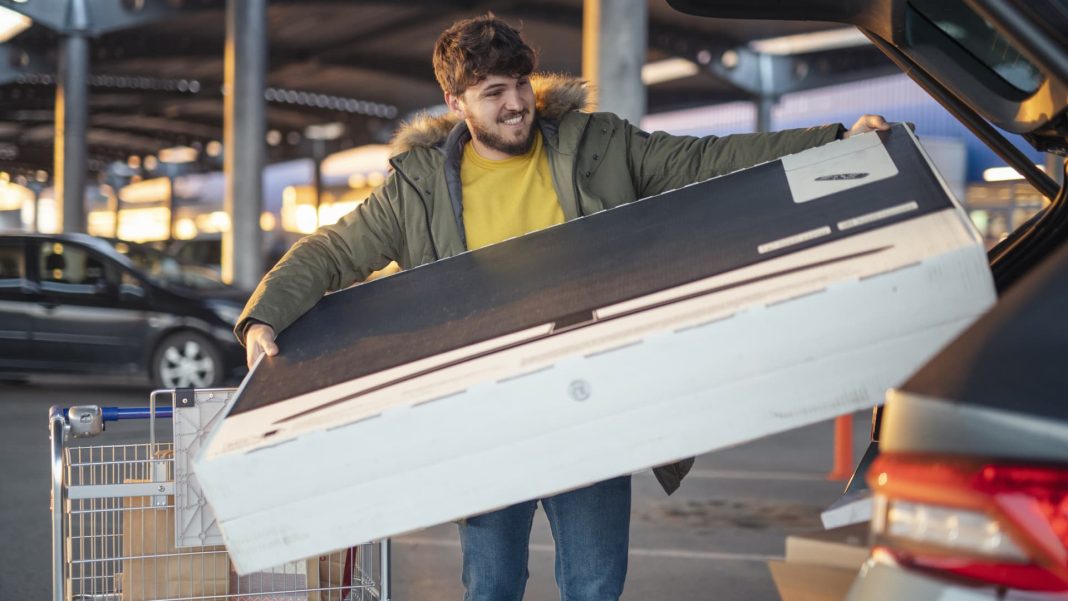 Televisions are among just a handful of consumer goods and services that have dropped in price in the last year — which may translate to steep discounts for shoppers on Black Friday and Cyber Monday.

The ultimate Thanksgiving portfolio with costs on the rise

“Those lucky enough to be in the market for a TV are going to find some excellent deals right now,” said Rick Kowalski, director of industry analysis and business intelligence at the association.

Why TV prices are falling amid broader inflation

Average TV prices fell by almost 17% in October 2022 compared with the same month in 2021, according to the consumer price index.

They’re an outlier at a time when stubbornly high inflation led prices to climb steeply for a broad basket of consumer products. By comparison, the index increased 7.7% in October versus a year ago — which is off recent highs but still hovering near levels unseen since the early 1980s.

TVs (and consumer electronics broadly) generally get cheaper over time as the technology improves. And greater ownership of smart TVs lets manufacturers track consumer data and then sell it to advertisers, also offsetting some cost, said Andrea Woroch, a consumer savings expert.

But prices began to rise from one month to the next starting in early 2021. Demand for consumer electronics remained strong as households upgraded in-home entertainment during the pandemic. At the same time, computer chips were in short supply, and broader supply chains were clogged as the global economy began to reopen, limiting the flow of goods to retailers.

More from Personal Finance:
The ‘gold standard’ for holiday purchases has ‘a huge drawback’
Why protections for crypto investors are linked to orange groves
This map shows where Americans have highest, lowest credit scores

By August 2021, that supply and demand imbalance had pushed up average TV prices by 13% in a year and by 3% just that month, according to the consumer price index.

But prices are declining again. Manufacturers had cranked up production to historic highs to meet consumer demand — and retailers now have a glut of TVs, Kowalski said.

The U.S. imported 46.5 million TVs in 2021 — a record year and well above the roughly 40 million in a typical year, Kowalski said.

Retailers are slashing prices to clear the excess inventory, he added. And households that bought TVs earlier in the pandemic may not see a big need to buy again, reducing potential demand.

Retailers have long used TV deals to draw in shoppers on Black Friday — the Friday after Thanksgiving and the traditional start to the holiday shopping season. Consumers often wait to purchase big-ticket technology items until then, Kowalski said.

Deals may continue through the December holiday season, but it’s not a guarantee, experts said.

“TVs are typically one of those items I’d recommend shopping for, if you’re in the market for a new TV or buying one as a gift,” Woroch said. “It doesn’t mean every single TV will have the best deal you’ll get all year.”

Plus, the TVs discounted on Black Friday may not be the best of the best — they’re typically entry level sets and may not come equipped with the features you want.

Some Black Friday deals from retailers such as Best Buy have been jaw-dropping, especially for some well-known brands, said Julie Ramhold, consumer analyst with DealNews.

That said, there are plenty of other sets selling for more than $1,000, depending on the brand and model, she added.

Woroch recommends comparison shopping using sites like DealNews and BlackFriday.com, or the web-browser plug-in PriceBlink. Consumers can also search for coupon codes or cash back on sites like CouponCabin, she said.

One thing to watch, experts said: Retailers sometimes sell a special, one-day Black Friday model of a TV to offer a doorbuster sale — but that special model often has components or features missing relative to its traditional cousin. Consumers should check the model number, read reviews and, if shopping in person, pose questions to a store associate, Woroch said.

“If it just doesn’t ring a bell for you or it’s ridiculously cheap — like a 75-inch set for $300 — I’d be wary about buying them,” Ramhold said. “Because you still get what you pay for.

“The last thing you want to do is haul home a no-name set and be shopping again next Black Friday,” she said.