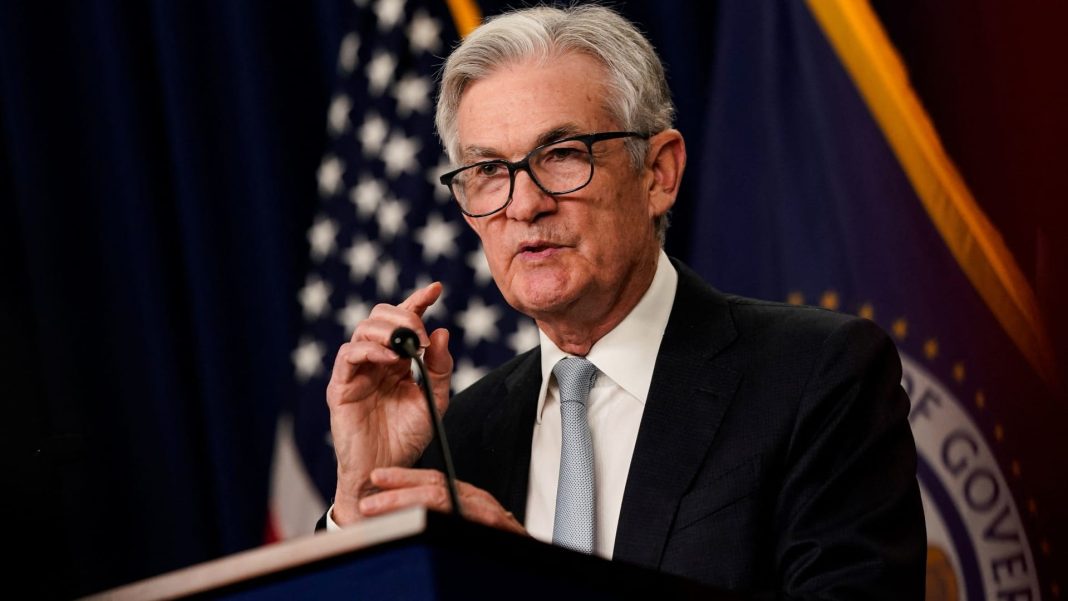 Federal Reserve officials earlier this month agreed that smaller interest rate increases should happen soon as they evaluate the impact policy is having on the economy, meeting minutes released Wednesday indicated.

Reflecting statements that multiple officials have made over the past several weeks, the meeting summary pointed to small rate hikes coming. Markets widely expect the rate-setting Federal Open Market Committee to step down to a 0.5 percentage point increase in December, following four straight 0.75 percentage point hikes.

Though hinting that smaller moves were ahead, officials said they still see little signs of inflation abating. However, some committee members expressed concern about risks to the financial system should the Fed continue to press forward at the same aggressive pace.

“A substantial majority of participants judged that a slowing in the pace of increase would likely soon be appropriate,” the minutes stated. “The uncertain lags and magnitudes associated with the effects of monetary policy actions on economic activity and inflation were among the reasons cited regarding why such an assessment was important.”

The minutes noted that the smaller hikes would give policymakers a chance to evaluate the impact of the succession of rate hikes. The central bank’s next interest rate decision is Dec. 14.

The summary noted that a few members indicated that “slowing the pace of increase could reduce the risk of instability in the financial system.” Others said they’d like to wait to ease up on the pace. Officials said they see the balance of risks on the economy now skewed to the downside.

Markets had been looking for clues about not only what the next rate hike might look like but also for how far policymakers think they’ll have to go next year to make satisfactory progress against inflation.

Officials at the meeting said it was just as important for the public to focus more on how far the Fed will go with rates rather “than the pace of further increases in the target range.” The minutes noted that the ultimate rate is probably higher than officials had previously thought.

In recent days, officials have spoken largely in unison about the need to keep up the inflation fight, while also indicating they can pull back on the level of rate hikes. That means a strong likelihood of a 0.5 percentage point increase in December, but still an uncertain course after that.

Markets expect a few more rate hikes in 2023, taking the funds rate to around 5%, and then possibly some reductions before next year ends.

The post-meeting statement from the rate-setting Federal Open Market Committee added a sentence that markets interpreted as a signal that the Fed will be doing smaller increases ahead. That sentence read, “In determining the pace of future increases in the target range, the Committee will take into account the cumulative tightening of monetary policy, the lags with which monetary policy affects economic activity and inflation, and economic and financial developments.”

Investors saw it as a nod to a reduced intensity of hikes following four straight 0.75 percentage point increases that took the Fed’s benchmark borrowing overnight borrowing rate to a range of 3.75-4%, the highest in 14 years.

When will the hikes end?

Several Fed officials have said in recent days that they anticipate a likely half-point move in December.

“They’re getting to a point where they don’t have to move so quickly. That’s helpful since they don’t know exactly how much tightening they’re going to have to do,” said Bill English, a former Fed official now with the Yale School of Management. “They emphasize policy works with lags, so it’s helpful to be able to go a little bit more slowly.”

Inflation data lately has been showing some encouraging signs while remaining well above the central bank’s 2% official target.

The consumer price index in October was up 7.7% from a year ago, the lowest reading since January. However, a measure the Fed follows more closely, the personal consumption expenditures price index excluding food and energy, showed a 5.1% annual rise in September, up 0.2 percentage points from August and the highest reading since March.

Those reports came out after the November Fed meeting. Several officials said they viewed the reports positively but will need to see more before they consider easing up on policy tightening.

The Fed has been the target lately of some criticism that it could be tightening too much. The worry is that policymakers are too focused on backward-looking data and missing signs that inflation is ebbing and growth is slowing.

However, English expects the Fed officials to keep their collective foot on the brake until there are clearer signals that prices are falling. He added that the Fed is willing to risk a slowing economy as it pursues its goal.

“They have risks in both directions if doing too little and doing too much. They’ve been fairly clear that they view the risks of inflation getting out of the box and the need to do a really big tightening as the biggest risk,” he said “It’s a hard time to be Jay Powell.”