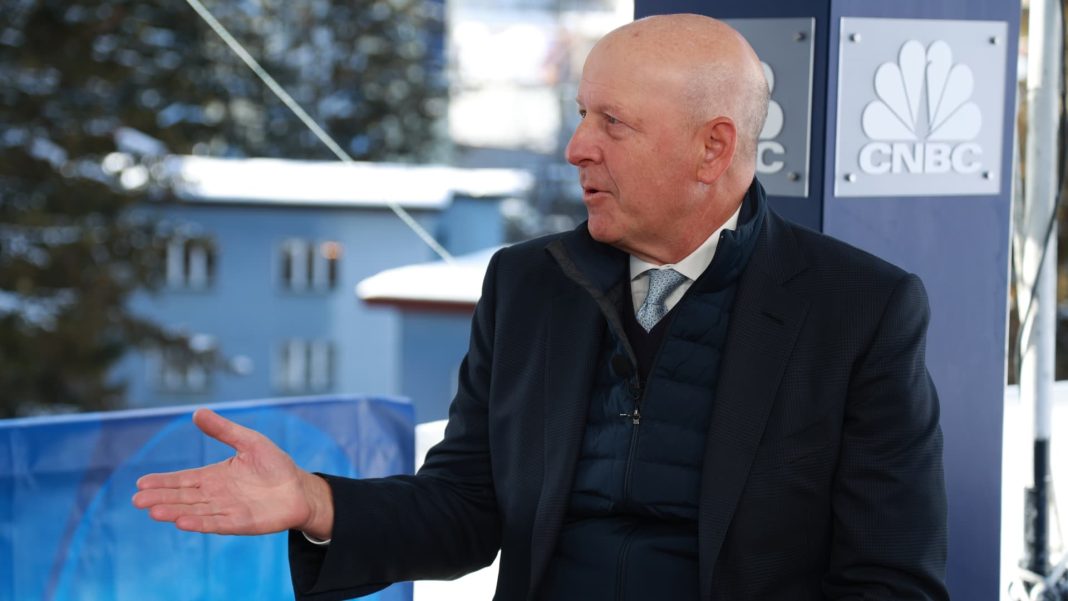 David Solomon, Chairman & CEO of Goldman Sachs, speaking on Squawk Box at the WEF in Davos, Switzerland on Jan. 23rd, 2023.

Shares slipped nearly 3% on the news. Goldman Sachs is now up less than 1% on the year.

The regulator is looking into whether Goldman Sachs had the right safeguards in place to protect consumers when it increased lending in the division, also known as Marcus, according to the Journal report which cites sources familiar with the matter.

“As we told the Wall Street Journal, the Federal Reserve is our primary federal bank regulator and we do not comment on the accuracy or inaccuracy of matters relating to discussions with them,” a spokesperson from Goldman Sachs told CNBC.

Just days ago, Goldman CEO David Solomon admitted that the bank suffered a disappointing quarter in part because it took on too much in the consumer banking business.