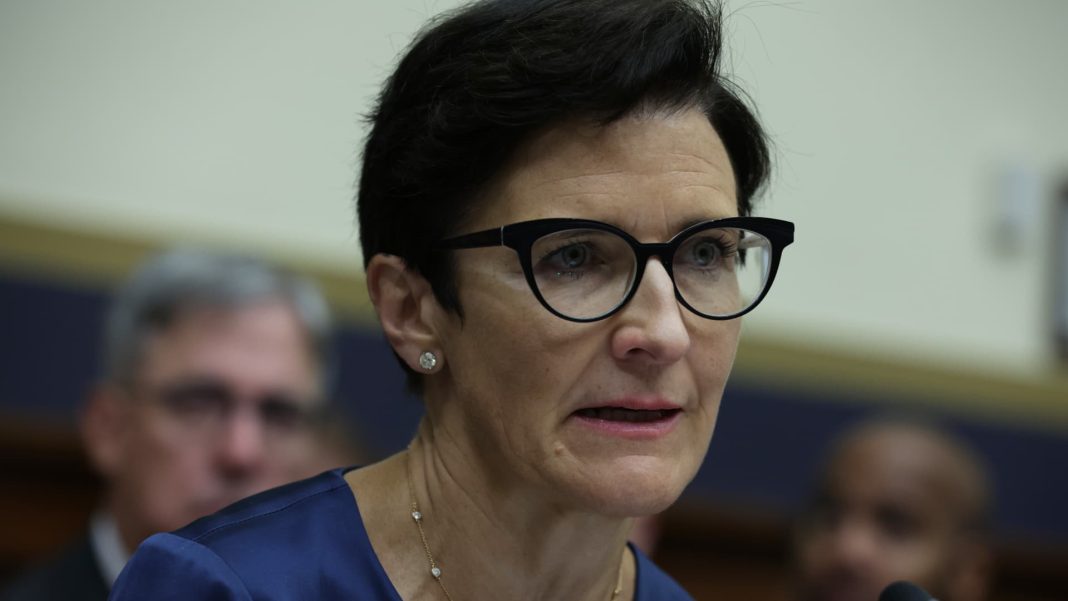 CEO of Citigroup Jane Fraser testifies during a hearing before the House Committee on Financial Services at Rayburn House Office Building on Capitol Hill on September 21, 2022 in Washington, DC.

Citigroup needs to address weaknesses in how it manages financial data, according to a review of the biggest banks’ so-called living will plans, U.S. banking regulators said Wednesday.

Citigroup’s shortcomings could hurt its ability to produce accurate financial reports in times of duress, the Federal Reserve and the Federal Deposit Insurance Corporation said in a letter to the bank’s executives.

“Issues regarding the Covered Company’s data governance program could adversely affect the firm’s ability to produce timely and accurate data and, in particular, could degrade the timeliness and accuracy of key metrics that are integral to execution of the firm’s resolution strategy,” the agencies told Citigroup in a letter dated Nov. 22.

Citigroup was the only bank among the eight institutions reviewed that was found to have a shortcoming in its plan.