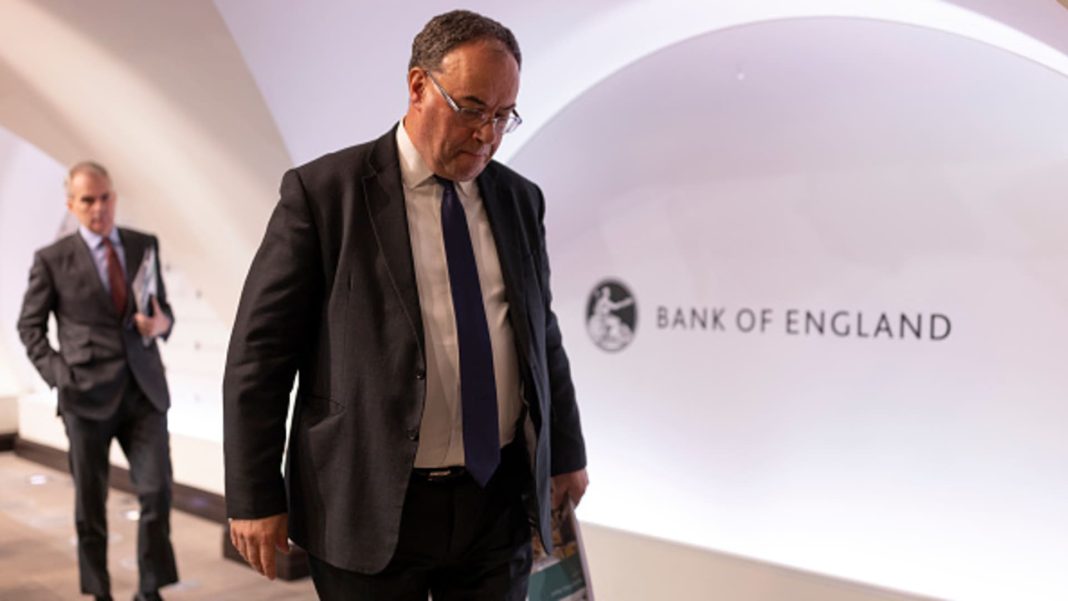 LONDON — The Bank of England on Tuesday called for “urgent international action” from regulators on non-bank financial institutions after it was forced to rescue U.K. pension funds in September.

A number of pension funds were hours from collapse when the central bank intervened in the long-dated bond market. It came after a series of massive moves in interest rates on U.K. government debt exposed vulnerabilities in liability-driven investment (LDI) funds, which are held by U.K. pension schemes.

In its latest financial stability report published Tuesday, the Bank said had it not acted, “the stress would have significantly affected households’ and businesses’ ability to access credit.”

The Bank emphasized the need for regulators across jurisdictions to strengthen the resilience of the sector, saying “there is a need for urgent international action to reduce risks in non-bank finance.”

The central bank said it will begin an “exploratory scenario exercise” focused on non-bank financial institutions in order to better understand and mitigate the associated risks.

“The resilience of this sector needs to be improved in a number of ways to make it more robust,” the Bank concluded.

“This includes the need for regulatory action to ensure LDI funds keep their higher levels of resilience. Some steps have already been taken, and further work will be done next year.”