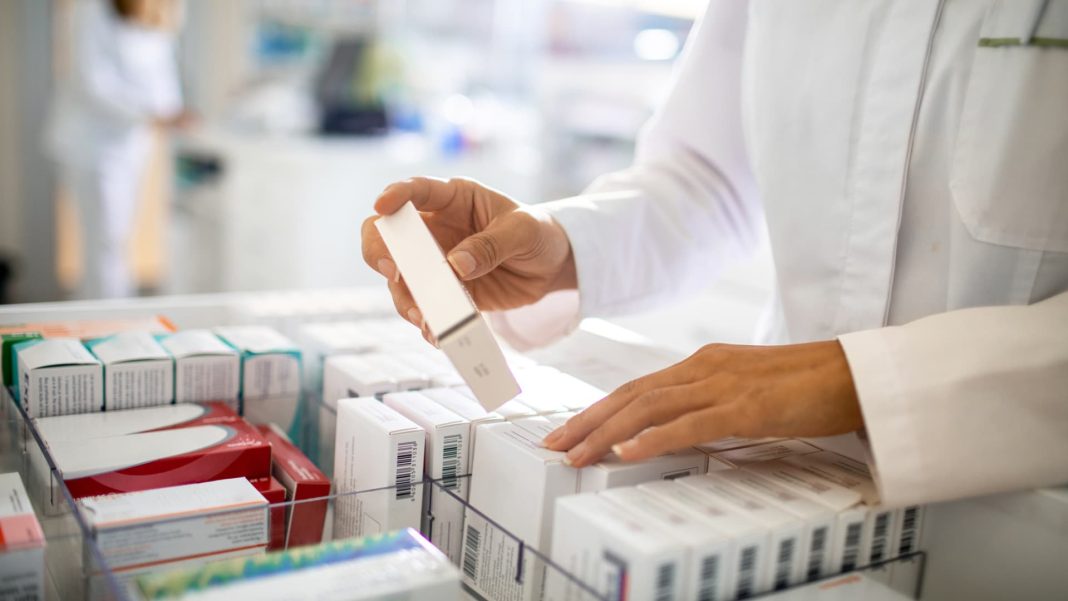 Drugstores are warning of major shortages of key antibiotics used to treat Strep A, as cases rise in the U.K.

LONDON — Drugstores in Britain are warning of shortages of key antibiotics used to treat Strep A, as cases rise and the number of child fatalities reaches 15.

A surge in Group A Streptococcus, especially among schoolchildren, has increased demand for amoxicillin and penicillin, the main antibiotic treatments, over the past week.

Where supplies do exist, they are “flying off the shelves,” according to drugstores, with some saying they are now dispensing medication at a loss due to soaring wholesale prices.

In some cases, pharmacists say wholesale prices for the drugs have spiked as much as 850%. These increased costs must be absorbed either by the U.K.’s National Health Service or drugstores, rather than parents, who typically receive children’s prescriptions for free.

At least 15 children have died in the U.K. from severe cases of Strep A this winter season, according to health agencies across England, Wales and Northern Ireland. A further death from suspected infection was reported Saturday but has not yet been confirmed.

While most cases of Strep A are mild and often go unnoticed, it can also lead to more serious illness and complications, such as scarlet fever. The bacteria can also get into the bloodstream and cause an illness called invasive Group A strep (iGAS).

These severe infections can be deadly, and are thought to be the cause of the recent spate of deaths. It has led to an increase in clinicians prescribing antibiotics for children.

Fears of a national shortage

The government and wholesalers have insisted that the country is adequately equipped to deal with the outbreak. Prime Minister Rishi Sunak last week dismissed fears of a “national shortage” of antibiotics.

“There are no current shortages of drugs available to treat this and there are well-established procedures in place to ensure that that remains the case,” he told the House of Commons on Wednesday.

However, a letter to pharmacists from NHS England, seen by Sky News, acknowledged that local drugstores may be experiencing a “temporary interruption of supply of some relevant antibiotics due to increased demand.”

This just shows the incompetence of those in charge. This is not the first time this has happened.

“Quite clearly there isn’t (enough supply), because it’s not finding its way to pharmacies,” she said. “And where there are patchy supplies, they are flying off the shelves.”

“This is very concerning for us, especially when we have parents coming into pharmacies, and unfortunately they haven’t got the stock,” she added.

Parents have been advised to call ahead to drugstores to check prescription availability after Hannbeck noted reports of families traveling for miles between stores.

She said the government shouldn’t be surprised by the shortages given similar shortfalls in medication for other outbreaks, such as monkeypox, earlier this year.

“This just shows the incompetence of those in charge,” she said. “This is not the first time this has happened. Since the beginning of this year, I have been discussing with community pharmacies that there is something the matter with the U.K.’s drug supply chains.”

The U.K. health department did not comment on allegations of incompetence when contacted by CNBC.

Drug supply chains have been heavily disrupted this year due to a combination of factors including Russia’s invasion of Ukraine, inflation, Covid-19 and Brexit.

Under the U.K.’s National Health Service (NHS) drug tariff scheme, drugstores receive set compensation for medication. There is also a concession list of medications for which higher prices can be paid.

Despite this, when wholesale prices jump, drugstores can end up making a loss.

The government’s Department of Health and Social Care has warned that, while prices may fluctuate, “no company should use this as an opportunity to exploit the NHS.”

Streptococcus A — or Group A Strep (GAS) — is a bacterial infection of the throat or skin, which typically arises during the winter months.

However, over the past week, wholesale prices for amoxicillin and penicillin liquid solutions — which provide an alternative to tablets for children and are in particularly short supply — have risen in some places from around £2 to between £15 and £19, according to AIMP’s Hannbeck.

London-based drug wholesaler Sigma Pharmaceuticals reportedly hiked the price of its amoxicillin liquid solution by more than 10 times to £19 on Thursday, but later told CNBC the surge was due to an “IT glitch.”

“Right now there is too much demand for products and not enough competitive products being made available to buy from the manufacturers,” Sawer said.

If Government doesn’t intervene soon to protect pharmacies, patients can expect to see ever more problems with receiving their medicines.

Drugstore owners are now calling for the government to update its concessionary price for amoxicillin and penicillin, to ensure they are fairly reimbursed even if prices rise further.

“Pharmacy teams are at breaking point,” she said. “They are helpless against market forces that are working against them, and urgently need Government assurance that all medicines will be available, and not at wildly inflated prices.”

A total of 158 drugs were on the NHS’s November concessions list, compared to 135 in October. Morrison said she expects to see a “record number” of medicines added to the list in December as supply constraints exacerbate shortages and push drug prices even higher.

“For months on end, pharmacies have been footing the bill for NHS medicines themselves when these should be covered by Government,” said Morrison.

“This can’t continue,” she added. “If Government doesn’t intervene soon to protect pharmacies, patients can expect to see ever more problems with receiving their medicines. Government and the NHS must fix this, and fast.”