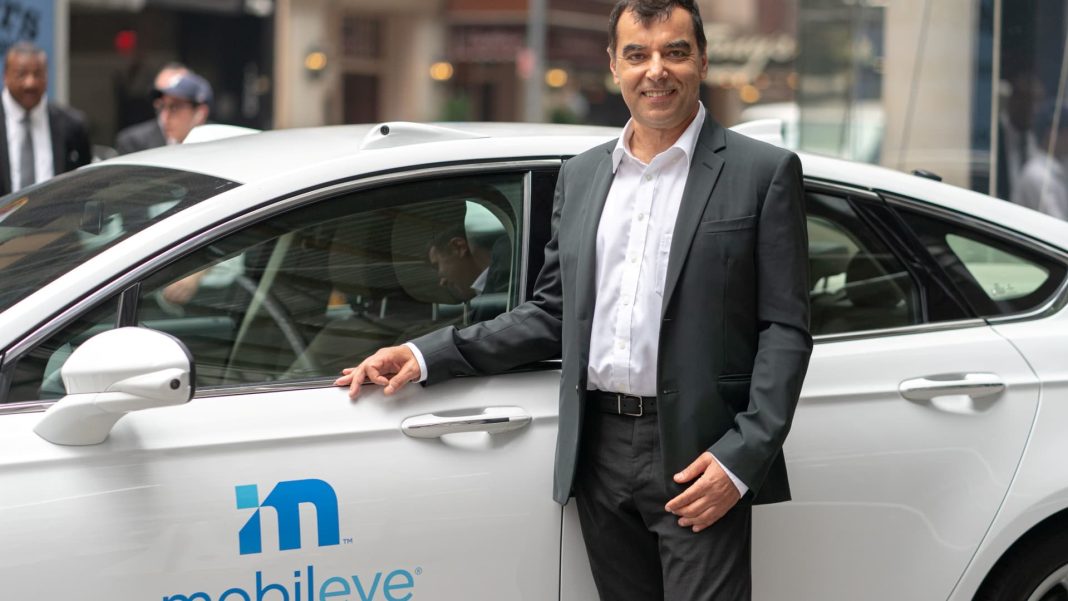 
Investors should consider buying shares of Mobileye Global, a company developing autonomous driving technology for cars, Goldman Sachs said. Analyst Mark Delaney initiated coverage of Mobileye Global with a buy rating, saying the maker of technology for self-driving cars can gain market share in a competitive market. The analyst’s 12-month price target of $36 implies roughly 26% upside from Friday’s closing price. The stock popped 2% in Monday premarket trading. “We believe that Mobileye is the leading auto tech enabler for ADAS [advanced driver assistance systems] and AV [autonomous vehicle] applications, and we view the company as well positioned for growth given its vision/AI capabilities that are applicable for both ADAS and AVs, its ability to provide full solutions, and its strong market share,” Delaney wrote in a Monday note. A succession of investment firms including Goldman Sachs initiated coverage of Mobileye roughly one month after the company’s initial public offering when it was spun out by Intel. The system software company made its public debut on Oct. 26, pricing shares at $21. Since then, the stock has jumped to $28, a roughly 35% increase. Intel will continue to retain control of Mobileye, which it acquired in a $15.3 billion transaction in 2017. Prior to this, Mobileye was founded in 1999, and went public in 2014. The analyst outlined several reasons he approves of the company, including a strong chips and sensor software that can be scaled effectively, and help Mobileye gain market share. “We expect the combination of strong unit growth and higher ASPs to contribute to the mid 30% revenue CAGR through 2026, with about a third from higher units and two thirds of the sales growth from the increase in revenue per unit,” Delaney wrote. To be sure, there are key risks for Mobileye, which will have to gain share in a competitive market that includes Qualcomm and Nvidia as significant players. It will have to deal with any ongoing tension between the U.S. and China that could result in potential business restrictions. Other firms that initiated coverage of Mobileye this week include Morgan Stanley, which gave the stock an equal-weight rating and a $32 price target. Citi gave it a buy rating, as did Mizuho Securities. —CNBC’s Michael Bloom contributed to this report.