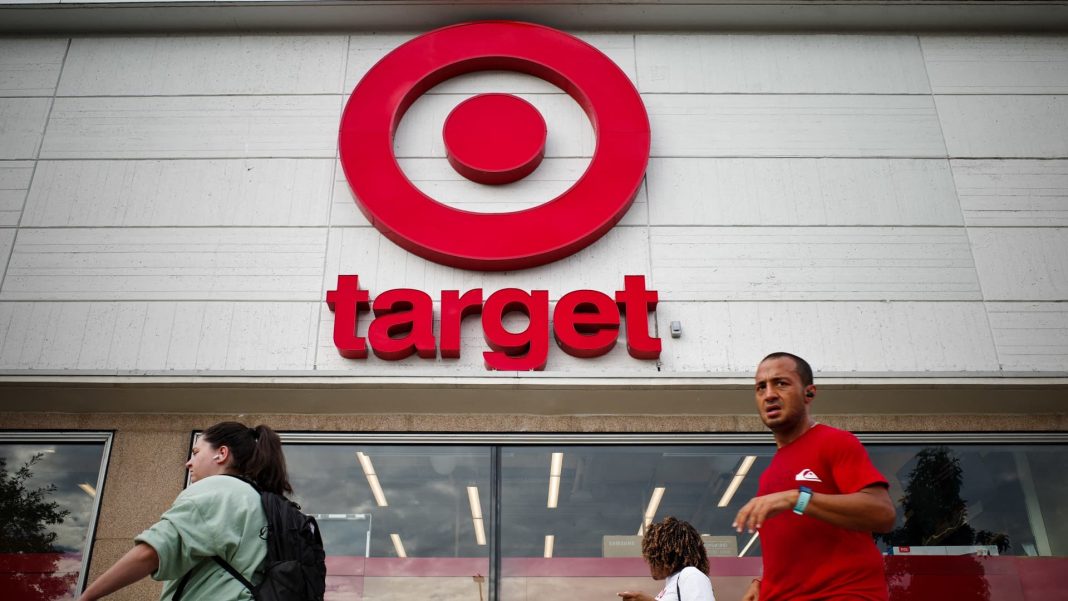 Pedestrians pass by a Target store in the Tenleytown neighborhood of Washington, DC, on August 17, 2022.

Target – Shares of the big box retailer tumbled more than 12% after the company said its profit fell by around 50% in its fiscal third quarter and cut its fourth-quarter outlook, after seeing sales slow in late October. “As we look ahead, we expect the challenging environment to linger beyond the holiday season and into 2023,” its CFO said on an earnings call. Other retail names such as Macy’s, Gap and Nordstrom followed Target lower.

Carnival Cruise – Shares of Carnival Cruise lines shed 13.6% after the cruise operator announced it would offer $1 billion in convertible debt as part of its 2024 refinancing plan.

Lowe’s Companies – Shares of the retailer gained 5% after the company reported strong earnings for the third quarter and kept its guidance in place. Lowe’s said the company, unlike Target, is not seeing negative inflation impact on sales.

Etsy – Etsy shares slipped 2.8% after Evercore ISI put the stock on the firm’s list of tactical underperformers, even though it maintained its “outperform” rating on shares. The firm likes Etsy’s long-term potential but sees weakness in the share price in the coming months

Zoom Video — The video conferencing name dove 3.2% after Citi lowered its price target on the stock and maintained its sell rating. The bank also cut estimates for the fourth quarter and fiscal year 2024.

Lincoln National — Shares added 2.1% following an upgrade to a buy rating by Goldman Sachs. The bank said shares could jump more than 30% from Tuesday’s close and that the insurance name should recover from an outsized charge that previously impacted investors’ confidence.

Sage Therapeutics —The biotechnology company focused on brain health added 1.1% after CEO Barry Greene added 14,500 shares to his stake, according to an SEC filing.

Corteva — Shares slid 1.7% following a downgrade to neutral from buy by UBS in what it called a valuation call. But UBS upped the seed-and-crop product maker’s price target to $73 per share from $70.