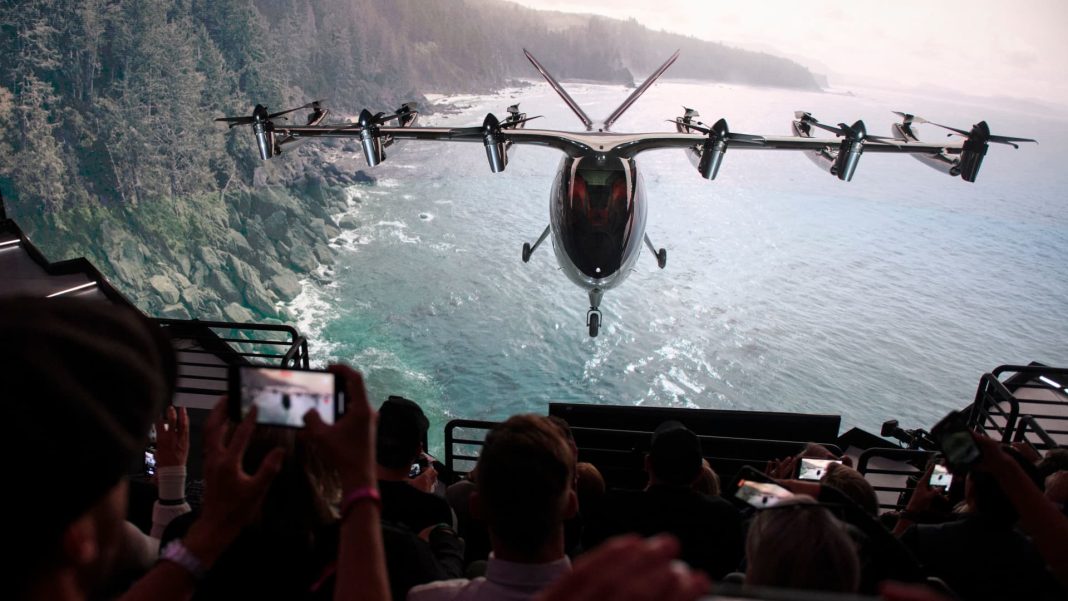 Stellantis is leaning into its bet on a future that includes flying cars.

The Chrysler maker is doubling down on its commitment to help Archer Aviation produce its first batch of electric flying vehicles by 2025, announced Stellantis CEO Carlos Tavares and Archer CEO Adam Goldstein in an interview on CNBC’s Tech Check.

Stellantis, the fifth largest automaker in the world, will assist in Archer’s manufacturing process for its “Midnight” model, as well as invest up to $150 million in the company over the next few years.

Archer expects that its electric flying cars will be available for commercial use by 2025, granted it receives proper certification from the Federal Aviation Administration. To meet that deadline, Stellantis, which is accustomed to producing over 500,000 cars per month, will assist in Archer’s manufacturing process.

“We see a perfect complementarity, a perfect synergy between what they are doing and what we can bring namely, but not only on the manufacturing system,” said Tavares. “Manufacturing and high-volume manufacturing is something we think we know how to do.”

Stellantis, which was created by the merger of Fiat Chrysler and PSA Groupe, has already spent billions developing electric vehicles through brands like Jeep, Ram, Dodge and Chrysler. The company is pushing into the eVTOL market even as recession fears weigh on automakers.

Attendees watch as the Archer Aviation Maker is unveiled on June 10, 2021 in Hawthorne, California.

“Yes, there is a crisis. Yes, there is a slowdown. We’ll make it. We have absolutely all the techniques, the financial robustness to face that,” said Tavares.

The vision of the eVTOL industry is to eventually create broader infrastructure to allow flying cars to become a consumer’s personal mode of transport. For example, installing “vertistops” — vehicle charging stations on top of buildings — in residential areas could make flying cars a driving norm.

Before that vision can become reality, and manufacturing can ramp up in a meaningful way, the FAA must certify eVTOL vehicles as safe and “airworthy.”

“We’ve seen incredible buy-in and support from the FAA,” said Goldstein, who expects Archer’s vehicles to be “very present and widely used” in the 2028 Olympics in Los Angeles. “In order to make that happen, we’re going to have to get to market in 2025.”

Archer’s prototype is built to fly 150 miles per hour for up to 60 miles, enabling transportation at 10 times greater speeds than a traditional car.

In addition to startups like Archer, major producers like Boeing, Hyundai, and NASA are experimenting with their own designs.

Major airlines have also seen potential in the space. United Airlines ordered 100 of Archer’s electric air vehicles in 2022 and invested $10 million in the startup.