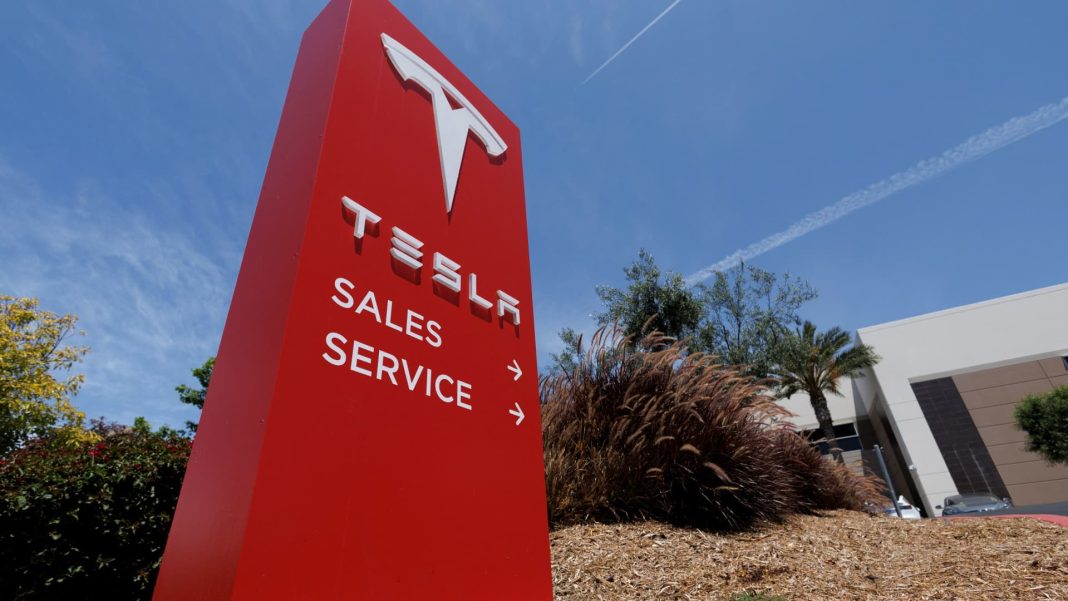 
Some Wall Street analysts see a buying opportunity in Tesla in 2023 — though others think the company’s recent deliveries miss spells trouble for the electric vehicle maker. Tesla reported deliveries of 405,278 vehicles for the final quarter of 2022 , less than the 427,000 deliveries expected by analysts, according to consensus estimates compiled on FactSet, as of Dec. 31. Still, that was an increase of 40% year over year — a record for Tesla. For some on Wall Street, the ramp up in production helped offset the deliveries miss. Baird analyst Ben Kallo, who recently named Tesla a top pick for 2023, reiterated an outperform rating and said he would remain a buyer of the stock ahead of the company’s earnings report, which is scheduled for Jan. 25. “Q4 deliveries missed consensus but beat our estimates. Importantly, production increased ~20% q/q which we expect to continue into 2023 as gigafactories in Berlin and Austin continue to ramp,” Kallo said in a Tuesday note. Kallo’s $252 price target implies the stock can more than double from Friday’s closing price of $123.18. Canaccord Genuity’s George Gianarikas had a similar view on the stock, saying that any demand pressures on Tesla will pass, especially after a reopening in China. The anayst reiterated a buy rating on Tesla, and maintained a $275 price target. “Tesla reported 4Q22 deliveries that were slightly below consensus but above CG estimates and, in our opinion, better than worst-case fears,” Gianarikas wrote in a Monday note. “[Our] conviction remains that current demand issues reflect cyclical pressures and that strong secular growth remains for years to come. We see Tesla sustaining multiple years of extraordinary growth as EV penetration continues to move higher, new vectors of growth open, and competitors begin to falter,” Gianarikas added. To be sure, not all analysts on Wall Street were as bullish on the stock. Shares of Tesla increasingly came under pressure last year from weakening demand for the company’s vehicles, which are more expensive than similar offerings from competitors. Meanwhile, a rise of Covid cases in China caused Tesla to temporarily suspend and lower production at its Shanghai facility. The stock was down about 65% in 2022. JPMorgan analyst Ryan Brinkman lowered his price target on Tesla to $125, while remaining underweight on the stock, saying the need for more promotions to sell vehicles in the last quarter points to further downside ahead. “We are lowering our estimates and price target after Tesla on Monday reported 4Q deliveries which tracked modestly higher than our model but seemingly at the cost of higher incentives, suggesting lower pricing and margin,” Brinkman wrote in a Tuesday note. “[Moreover], 4Q deliveries were a miss vs. consensus expectations, which when combined with the drag from lower pricing in our view suggests potential downside to Bloomberg consensus EPS of $1.19 heading into the release,” Brinkman wrote. AllianceBernstein’s Toni Sacconaghi also had an underperform rating on the stock, saying he expects that consensus estimates are too high, and that demand pressures will continue for Tesla. “We expect demand challenges to persist in 2023, particularly since *NO* Tesla models appear to currently qualify for any IRA rebates except the 7-seat Model Y (which is a $3000 option),” Sacconaghi wrote in a Monday note. “We believe Tesla will need to either reduce its growth targets (and run its factories below capacity) or sustain and potentially increase recent price cuts globally, pressuring margins. We see demand problems remaining until Tesla is able to introduce a lower priced offering in volume, which may only be in 2025.” His $150 price target represents roughly 22% upside for shares of Tesla. — CNBC’s Michael Bloom contributed to this report.