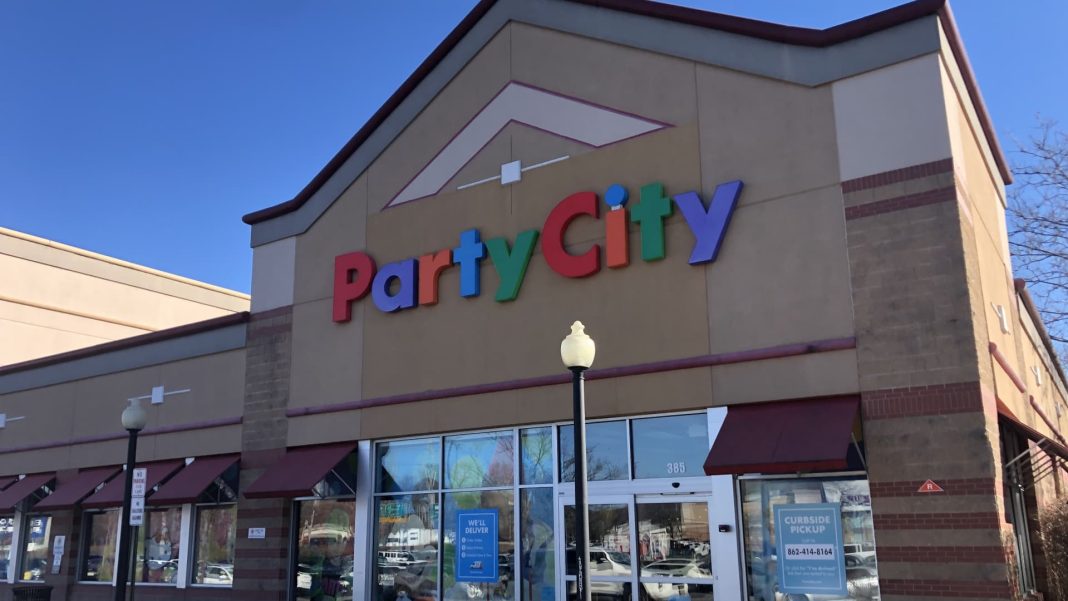 The company said Wednesday it struck an agreement to reduce its debt and has already received support from a group holding more than 70% of its first lien debt to move forward with its bankruptcy plan, according to court papers and a filing with the U.S. Securities and Exchange Commission.

Party City has secured a $150 million bankruptcy loan and will seek approval on Wednesday from the U.S. Bankruptcy Court in the Southern District of Texas to use half of those funds to immediately pay wages and vendors, among other expenses.

The bankruptcy petition, filed late Tuesday, comes as consumers fall under pressure and the retailer’s debt continues to weigh on the business. As of Sept. 30, the company said it had $1.67 billion in debt, with available liquidity of $122 million, made up of $30 million in cash and $92 million of revolver availability.

Party City’s CEO Brad Weston noted during the company’s last earnings call in November that a more challenging economic environment was keeping shoppers from spending as freely on celebrations.

Comparable store sales for Party City’s most recently reported quarter, ended Sept. 30, dropped by 3.2% year over year but were up 11.2% versus 2019.

To manage through the tougher period, Weston told investors that Party City would work to cut costs by $30 million. He said that would include reducing its corporate workforce by 19%.

In court papers, David Orlofsky of consulting firm AlixPartners, the company’s chief restructuring officer, noted “continued and historic inflationary pressures and a declining stock price” led the company and its team of advisors to move forward with restructuring under bankruptcy so they can fix their balance sheet and avoid liquidation.

Party City’s business had been growing and reached approximately $2.35 billion in revenue by 2019. However, the pandemic weighed heavily on the company as nationwide lockdowns meant stores were closed and demand for party items temporarily dried up. Supply chain woes, as well as helium shortages, also hurt the company.

But facing headwinds, Party City last year said it was in the midst of a liquidity squeeze when it hired advisers to explore its options, particularly securing new financing to operate the business. When the company was unable to do so by late 2022, it pivoted toward preparing a bankruptcy filing and securing support from its lenders.

Party City operates approximately 823 stores, of which it owns 770, according to court papers. As part of the bankruptcy, Party City is seeking approval to walk away from 28 store leases. It is also considering other store closures.

The company has 16,330 full-time and part-time employees, as well as 240 temporary workers.

Besides a mounting debt load, the business has struggled to keep up with changing consumer behavior, especially with the rising dominance of e-commerce and big box retailers.

“They’re competing against Walmart, and Target and Amazon and the dollar stores and grocery stores,” said Joe Feldman, an analyst at Telsey Advisory Group who had covered Party City since its IPO in 2015. He dropped coverage of Party City on Dec. 30 as bankruptcy loomed

Covid-era supply chain issues and heightened freight costs exaggerated the party store’s issues, but business had already started slipping in 2019 as the company struggled to adapt to online shopping and faced a helium shortage that put a dent in their top-selling product, balloons.

“They weren’t upgrading as quickly. The business was slower. You lay on a few external events and again, here we are. It’s just been an erosion over the past couple of years,” said Feldman.

Shares of Party City jumped 10% premarket Wednesday and were halted. As of Tuesday’s close, shares traded for just 37 cents and the company’s market value was about $42 million.