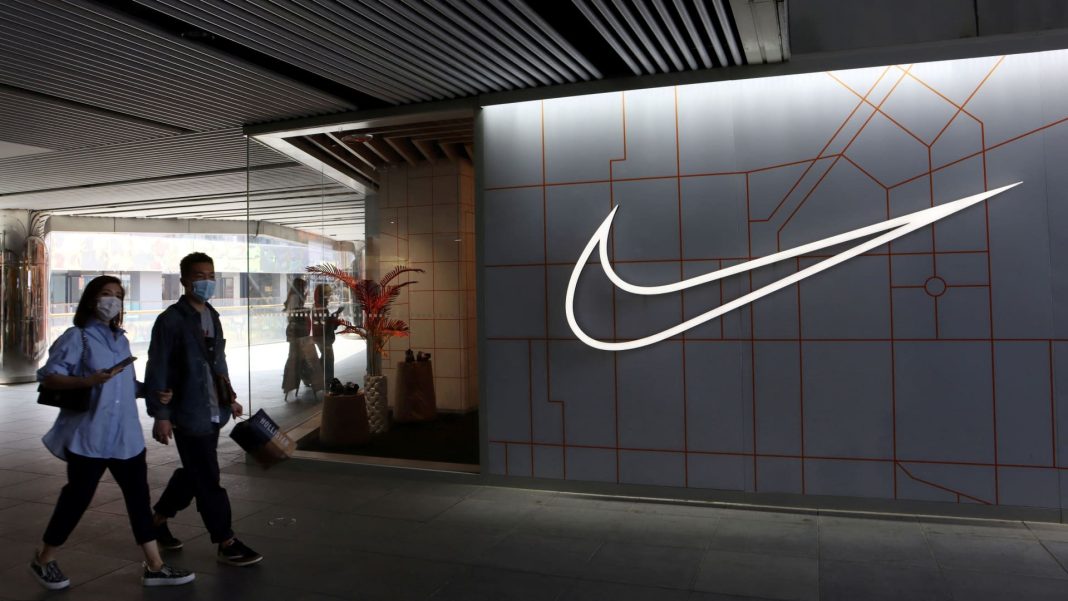 People walk past a store of the sporting goods retailer Nike Inc. at a shopping complex in Beijing, China March 25, 2021.

Shares of Nike rose more than 12% after hours Tuesday.

Here’s how Nike did in its second fiscal quarter compared with what Wall Street was anticipating, based on a survey of analysts by Refinitiv:

Over the past three quarters, Nike has beaten Wall Street’s expectations, but like other retailers, has struggled with inflated inventory levels that arose from supply chain disruptions, rising consumer demand and unpredictable in-transit shipping times.

Inventories were up 43% to $9.3 billion in the quarter, compared to last year. The merchandise glut led to aggressive markdowns, which helped reduce Nike’s gross margin to 42.9% from 45.9% a year ago. However, inventories declined from $9.7 billion in the previous quarter.

The company also saw a 10% year-over-year uptick in selling and administrative expenses to $4.1 billion, mostly led by advertising and marketing costs and investment in Nike Direct as the company continues to move away from wholesalers.

Nike’s sales in China, its third biggest market by revenue, dropped by 3% compared to last year, continuing a trend the retailer has been contending with as the country deals with lingering Covid lockdowns and a slowdown in retail spending. Overall retail sales in the country fell by 5.9% in November compared to a year ago and clothes and shoe sales plunged by 15.6%, according to the National Bureau of Statistics of China.

After earnings from Nike’s fiscal first quarter were released in September, executives said the company’s inventory had grown 65% over the last year in North America alone and as a result, the company enacted an aggressive promotional strategy to liquidate the merchandise and make way for new products.

The plan was a key part of Nike’s strategy to shift its sales directly to consumers and away from wholesalers by improving the in-store experience and enticing customers to shop directly from the company online.

On Friday, Nike announced its new “Jordan World of Flight Milan” store located on Via Torino, a famed shopping district in the Italian locale well known for its designer shoe stores.

The initiative reflects the steps Nike is taking to grow the company as a direct-to-consumer brand.

The store, called a “first-of-its-kind retail experience” by the company in a news release, has a built-in members lounge and will include interactive shopping experiences tailored to fans of the renowned sneaker brand.