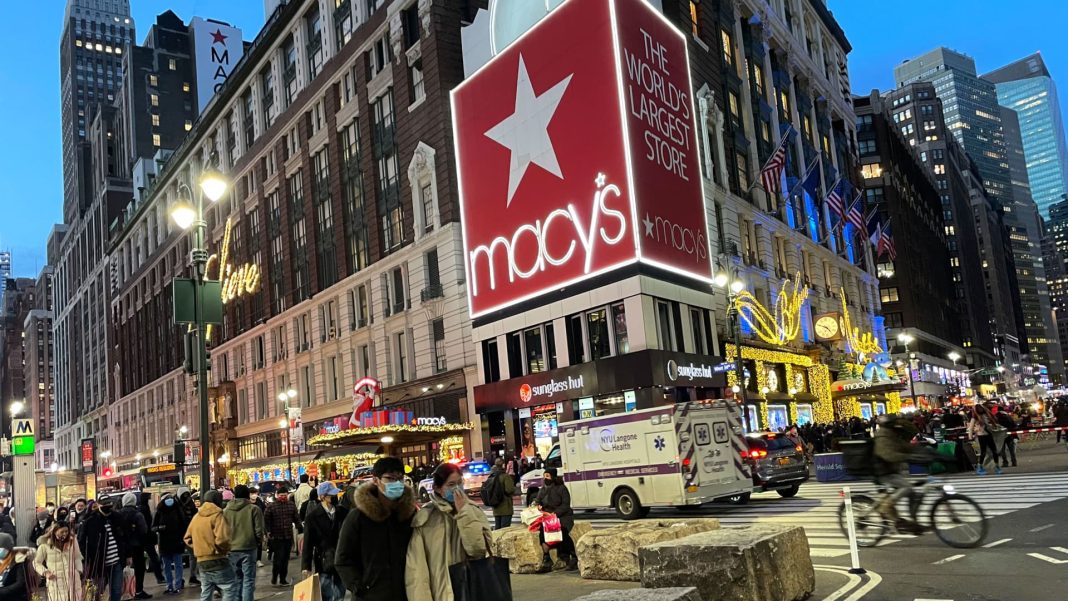 Macy’s on Thursday raised its earnings forecast for the year after its third-quarter results topped Wall Street expectations.

The department store operator stood by its revenue guidance for the year as it faces a tougher sale backdrop this holiday season.

Here’s how Macy’s did in its fiscal third quarter compared with what analysts were anticipating, based on Refinitiv estimates:

Comparable sales on an owned plus licensed basis fell 2.7% from a year ago. But Macy’s said the figure was up when compared to the the third quarter of 2019, before the pandemic.

Heading into the key holiday shopping season, Macy’s is facing inflation that’s hovering at a near four-decade high. The company cut its full-year revenue and earnings per share forecast in August, saying it anticipates shoppers may spend less on discretionary merchandise like apparel as they pay more for groceries, housing and gas. The company also warned it may have to heavily discount items, as many retailers clear through a glut of excess inventory and cater to a more price-sensitive shopper.

On Thursday, Macy’s stood by its revenue guidance from August, saying it still expects a range of $24.34 billion to $24.58 billion for the fiscal year. It raised its annual adjusted earnings per share forecast to $4.07 to $4.27 per share, up from its previous range of $4 to $4.20.

Earlier this week, industry-watchers got fresh clues about the health of the consumer. Both Walmart and Target reported a noticeable pullback of sales in categories like apparel, electronics and home goods as shoppers spent more on necessities. Target slashed its forecast for the holiday quarter, saying weaker sales have continued into November.

This story is breaking. Please check back for updates.