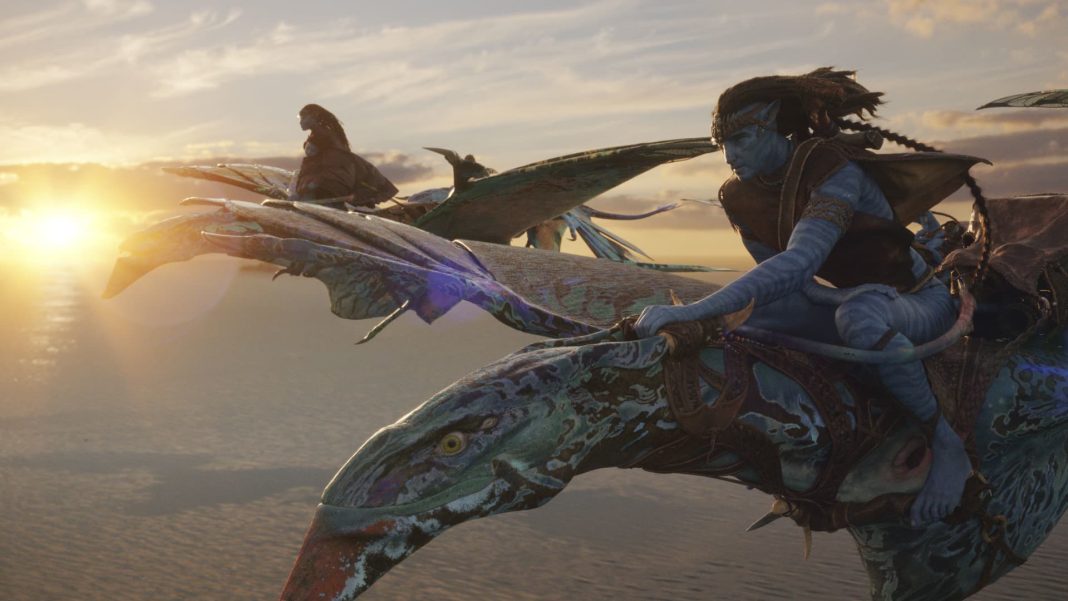 James Cameron’s long-awaited sequel to 2009’s “Avatar” arrives in theaters this weekend and it has critics captivated and exasperated.

Disney’s “Avatar: The Way of Water,” which clocks in at over three hours long, is being hailed as a stunning piece of cinema, generating a “Fresh” rating on Rotten Tomatoes. But, its narrative is thin and, like the original, doesn’t hold up against Cameron’s lofty technical ambitions, several critics said.

“The Way of Water” follows Jake Sully (Sam Worthington) and Neytiri (Zoe Saldana) who are now the parents of four Na’vi children. The family is driven from their forest home when humans return to re-colonize parts of Pandora.

Read more: “Avatar: The Way of Water” could be headed for a $175 million opening weekend

Critics are adamant that audiences should watch “The Way of Water” on the biggest screen possible, lauding the film for its you-won’t-believe-this-is-computer-generated visuals and bombastic sound design.

But the film’s long runtime was a fault point for many, who found that Cameron’s script was too thin to justify three hours in a theater.

Here’s what critics thought of “Avatar: The Way of Water” before its Friday release.

“The sequel to Cameron’s 2009 box office hit, ‘Avatar: The Way of Water,’ is simply bigger and better than its predecessor in every regard,” wrote reviewer Eric Francisco.

“It demands the biggest screen you can find so that its most potent elements — from its impossible scale and skillful spectacle, to its more complete range of emotions and thematic romanticism — can be completely absorbed,” he said.

Francisco noted that there are some hiccups in the film’s plot and in “Cameron’s own inability to resist” teasing elements of the next installment in the franchise. Apparently, there are several unresolved narratives that audiences will have to wait to see in future Avatar movies.

“As is the case with most of Cameron’s films, what elevates his work is the bravado of his execution, allowing magnificent beasts and scenery prime real estate on the screen, while large-scale battles have tight spatial and rhythmic coherence,” he wrote. “Both never fail to inspire awe. The bioluminescent creatures and caverns aren’t just a dazzling visual to distract us, they work in tandem with the storytelling to create a revelatory experience.”

Read the full review from Inverse.

“‘Avatar 2’ is definitely a showcase for visual effects company Weta FX (the faces of Pandora’s Na’vi heroes have become even more expressive),” wrote Charlotte O’Sullivan in her review.

“But I’ve never thought Cameron was God’s gift to cinema,” she added. “For most of ‘Titanic”s running time my gut feeling was, ‘Just sink already’ and some of the 68-year-old director’s worst tendencies are on display in ‘Avatar 2’: over-familiar plot beats, overwrought score and endless shots of the Na’vi’s obscenely willowy, coyly sexualized bodies.”

Despite this, “The Way of Water” is “breathtaking,” O’Sullivan wrote, noting that after leaving the theater she “felt like I’d been through something special.”

Like many, O’Sullivan indicated that the story of “The Way of Water” leaves much to be desired.

“Plot-wise, this movie is treading water,” she wrote. “But that’s fine, because the water’s lovely.”

Those that found themselves returning to the theater again and again to see “Avatar” on the big screen a decade ago, “The Way of Water” is “vivid and enthralling.”

For those that found the first film overly long and thin on story, “The Way of Water” won’t do much to endear you to the world of Pandora.

“This sequel will repeat your experience of the first,” wrote Wenlei Ma in her review of the film for News.com.au.

Ma did note that “The Way of Water” is “jaw-droppingly beautiful,” likening it to watching a David Attenborough documentary rather than a CGI feature. However, she says the visuals aren’t enough to outweigh the lackluster story.

“The story is a simple chase plot, merely a template to do what Cameron seems more intent on achieving, which is seeing just how far he can push the technological and visual aspects of filmmaking,” she wrote.

“The 3D visuals are undoubtedly cool, but it shouldn’t be the only reason to see this film,” she added. “It’s all sheen and spectacle, so for a movie about the emotional depths between the Na’vi and their environment, it’s frustratingly all surface.”

Read the full review from News.com.au.

“In ‘Avatar: The Way of Water,’ the director James Cameron pulls you down so deep, and sets you so gently adrift, that at times you don’t feel like you’re watching a movie so much as floating in one,” wrote reviewer Justin Chang.

“Much as you might long for Cameron to keep us down there — to give us, in effect, the most expensive and elaborate underwater hangout movie ever made — he can’t or won’t sustain all this dreamy Jacques-Cousteau-on-mushrooms wonderment for three-plus hours,” he wrote. “He’s James Cameron, after all, and he has a stirringly old-fashioned story to tell, crap dialogue to dispense and, in time, a hell of an action movie to unleash, complete with fiery shipwrecks, deadly arrows and a whale-sized, tortoise-skinned creature known as a Tulkun.”

Chang said its “marvelous” to have Cameron’s presence back on the big screen. He notes the famed director has long been questioned for his choices in film projects — people thought he was crazy to produce “Titanic” — but “his latest and most ambitious picture will stun most of his naysayers into silence.”

Not everyone was enamored by Cameron’s attention to detail and expansive lore building.

“‘Avatar: The Way of Water’ is a one-hour story rattling around in a 192-minute bag,” wrote Mick LaSalle in his review of the film. “There was potential here for something lovely, a sweet and moving environmental parable clocking in at 90 minutes, tops.”

“But, no, James Cameron can’t do anything so modest,” he wrote.

LaSalle said “The Way of Water” feels bloated with too many ideas competing for space within its already lofty three-hour run time.

“‘The Way of Water’ starts where the first left off and stops with the promise of sequels,” he wrote. “Long, long sequels. That’s not a promise. It’s a threat.”

Read the full review from the San Francisco Chronicle.