5 things to know before the stock market opens Monday, December 19 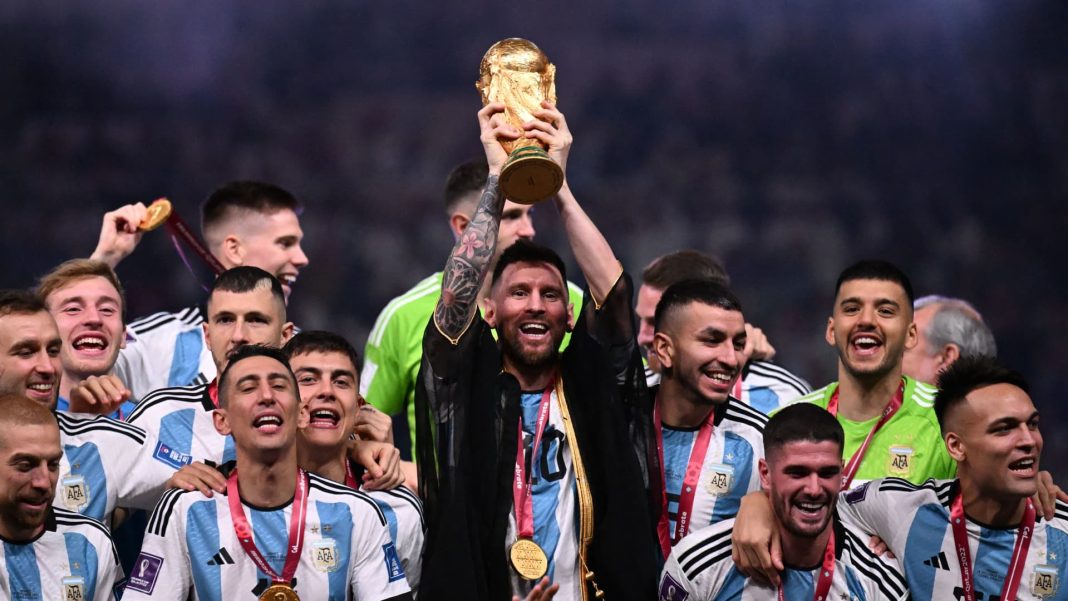 U.S. stock markets are on their first two-week losing streak since September. The December funk is a result of uncertainty about the economy in the near term – is there going to be a recession or not? – and certainty about the Federal Reserve’s dedication to raising rates in its fight against inflation. “The market has been in a tug-of-war between better-than-feared economic data juxtaposed with concerns about the potential for the Fed to over-tighten monetary policy and push the economy into a recession,” B. Riley strategist Art Hogan wrote in a note Friday. This week, investors will get some more clues about the economy and the state of the consumer, as Nike and FedEx both report earnings Tuesday. Read live markets updates here.

FTX founder Sam Bankman-Fried (2nd L) is led away handcuffed by officers of the Royal Bahamas Police Force in Nassau, Bahamas on December 13, 2022.

It looks like disgraced crypto kingpin Sam Bankman-Fried is coming home, after all. The founder of bankrupt exchange FTX is expected to give up his extradition fight Monday in the Bahamas so he can face federal prosecution and other cases in the United States. Bankman-Fried was set to stay in a Bahamian jail until his next hearing in February. Federal prosecutors have charged him with wire fraud, securities fraud, conspiracy to defraud the United States and money laundering, meaning he could end up spending decades in prison if he’s convicted.

If he sticks to his word, Elon Musk’s time as CEO of Twitter could be up soon. “Should I step down as head of Twitter? I will abide by the results of this poll,” the billionaire tweeted Sunday. The poll expired Monday morning and it showed, by a sizable margin, that Twitter users wanted him to resign. The company has been in turmoil since Musk bought it for $44 billion and took it private in October. The bigger concern for Musk, however, is the negative attention he’s brought on himself and the impact it’s had on his most important company, Tesla, whose share price has suffered this year.

Will “Avatar: The Way of Water” unleash a flood of revenue for Disney? Or will it wash out? Even after the James Cameron sequel’s first weekend at the box office, it’s hard to tell. The three-hour fantasy sci fi epic pulled in $134 million domestically over its first frame, which is a big haul but still shy of expectations. However, audiences gave it high grades and tended to see it in more exclusive, expensive formats. Indeed, Disney and Cameron have made it clear that this movie is best seen in 3D on the biggest screen possible. The Christmas-New Year’s week will go a long way in deciding just how big “The Way of Water” will be. After all, the first “Avatar” (the highest-grossing movie ever) and this year’s “Top Gun: Maverick” (the biggest movie of 2022) proved a movie doesn’t need to have the biggest opening weekend to be a box office monster.

A woman cries in front of the building which was destroyed by a Russian attack in Kryvyi Rih, Ukraine, Friday, Dec. 16, 2022.

Russian drones assaulted Kyiv yet again, targeting critical infrastructure before dawn Monday. It’s the third aerial attack on the Ukrainian capital in six days, and it left three areas in the region without power, according to Governor Oleksiy Kubela. Elsewhere, the Russian ruble fell to a more than six-month low against the dollar, hampered by concerns about the nation’s export revenue amid sanctions and lower oil prices. Read live war updates here.

And one more thing …

Argentina’s captain and forward #10 Lionel Messi (C) lifts the FIFA World Cup Trophy on stage as he celebrates with teammates after they won the Qatar 2022 World Cup final football match between Argentina and France at Lusail Stadium in Lusail, north of Doha on December 18, 2022.

Now that’s how the biggest sporting event in the world should end. Two of the world’s best teams, superstar Lionel Messi’s Argentina and defending champion France, put on a spectacular show in the World Cup final Sunday in Qatar. After two amazing comebacks by France in regulation and extra time, with the game tied 3-3, Argentina won the title with a 4-2 edge on penalty kicks.