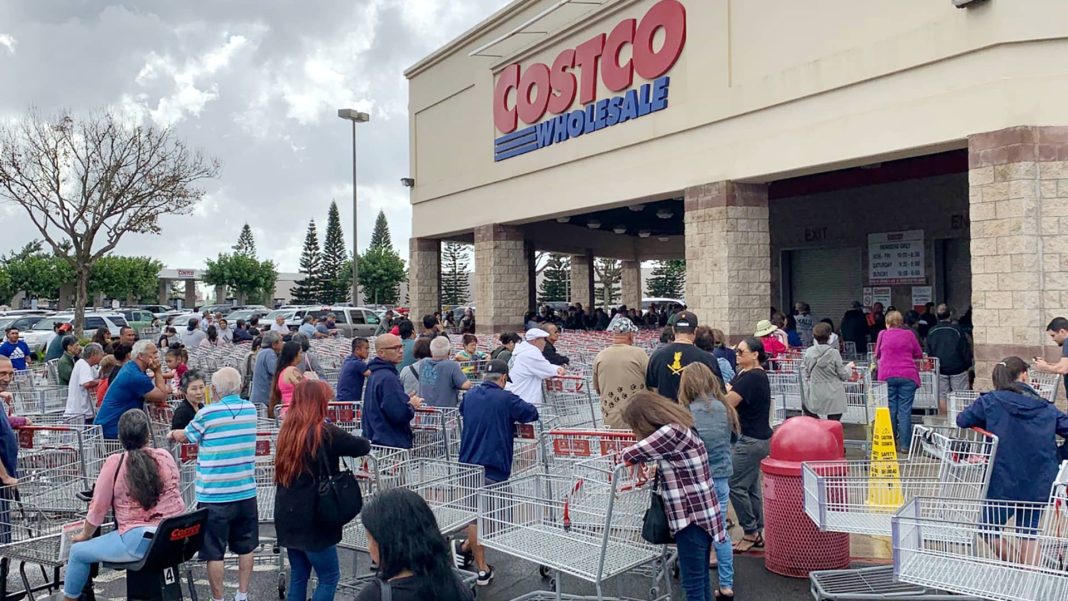 Shoppers line up outside a Costco to buy supplies after the Hawaii Department of Health on Wednesday advised residents they should stock up on a 14-day supply of food, water and other necessities for the potential risks of novel coronavirus in Honolulu, Hawaii, U.S. February 28, 2020.

Courtesy of Duane Tanouye via REUTERS

World Wrestling Entertainment — The wrestling entertainment stock surged 21% after WWE announced that founder Vince McMahon is returning to its board of directors and that the company is exploring strategic moves. McMahon stepped down as CEO last year after an investigation into sexual misconduct, but has remained majority shareholder. The Wall Street Journal reported that McMahon is returning to pursue a potential sale of the business.

R1 RCM — Shares of the health-care technology firm soared more than 11% after the company raised its revenue outlook for 2023. The company also reaffirmed its projection for full-year 2022.

First Solar — Shares of First Solar rose more than 4% after Wells Fargo upgraded it to overweight, saying Europe’s energy crisis and the Inflation Reduction Act in the U.S. will boost demand for solar energy.

Bed Bath & Beyond — Shares plunged 20% after the retailer warned it was running out of cash and was considering bankruptcy. That prompted KeyBanc to cut its price target by 95% to 10 cents from $2 per share.

Tesla — Shares of Tesla rose by 0.9% after falling to their lowest level in roughly two years earlier in the day. Tesla lowered prices for its Model 3 and Model Y vehicles in Asia.

Silvergate Capital — Shares of the crypto-focused bank fell 13%, adding to its 42% loss from the previous day. JPMorgan downgraded SI to neutral from overweight, citing Silvergate’s worse-than-expected deposit outflows and called into question the company’s long-term profitability.

MGM Resorts International — Shares rose more than 4% after Stifel upgraded the hospitality stock to buy from hold, saying it will benefit from a strong recovery in Las Vegas.

Doximity — Shares dropped more than 5% after Morgan Stanley downgraded the online networking service for medical professionals to underweight from equal weight, saying there will be a further slowdown in growth in the health care digital ad space in the year ahead, according to FactSet’s StreetAccount.