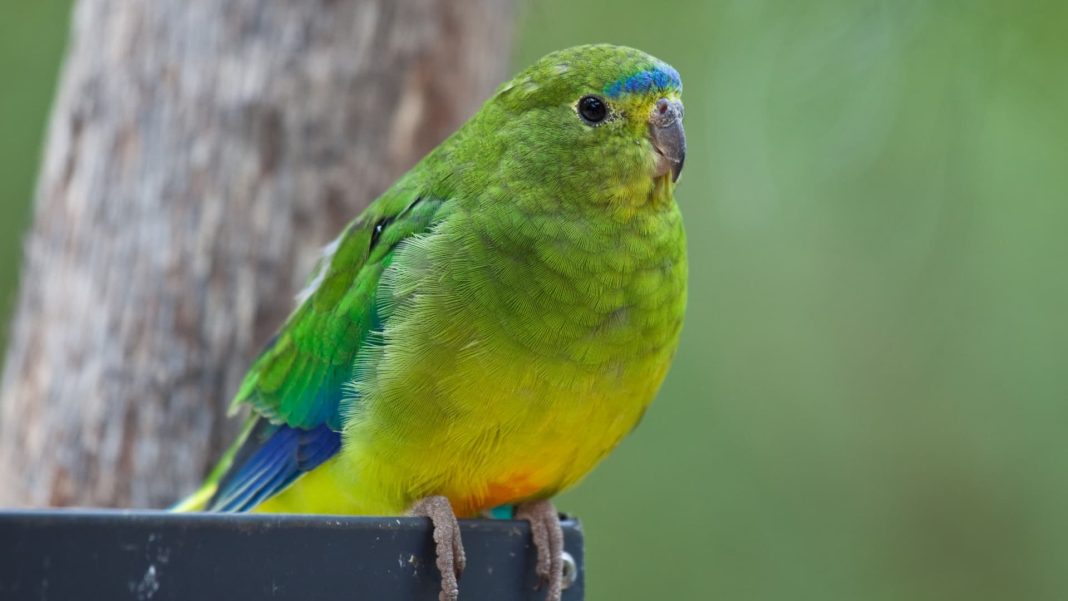 An Orange-Bellied Parrot perched on the edge of a feeding bowl. The species is listed as being critically endangered.

Plans for a major new wind farm in Australia were given the thumbs up this month — on the provision its turbines go offline for five months a year to protect a parrot species.

In an environmental assessment report of the Robbins Island Renewable Energy Park, Tasmania’s Environment Protection Authority said its board had “determined to approve the proposal” for the project, which could have as many as 122 wind turbines and is overseen by ACEN Australia.

One of the approval conditions relates to the Orange-bellied parrot, which the Australian government says is critically endangered.

In a statement last week, EPA board chair Andrew Paul said the organization had concluded that “significant mitigation measures” were needed in relation to “potential impacts on the orange-bellied parrot population.”

This was due to “the limited knowledge about the importance of Robbins Island in the annual northern and southern migrations” as well as a need to account for a National Recovery Plan for the species.

“This has led to the inclusion of [project approval] condition FF6 which imposes shutdown periods during the migrations totaling five months when the turbines cannot operate,” Paul added.

Robbins Island is located in waters off the northwest coast of Tasmania, a large island and Australian state. If all goes to plan, the total capacity of the proposed wind farm could be as much as 900 megawatts.

In a Facebook post, project developers said they welcomed approval from the EPA, adding that further approvals were needed from the Circular Head Council and the Commonwealth Government’s Department of Climate Change, Energy, the Environment and Water. These were expected in early 2023, they said.

The firm would “need to consider our options going forward,” the ABC report quoted Pollington as saying.

Amid global plans to ramp up wind power capacity in the years ahead, the interaction of wind turbines with the natural world — including marine and bird life — is likely to become a key area of debate.

The U.K.-based Royal Society for the Protection of Birds warns that wind farms “can harm birds through disturbance, displacement, acting as barriers, habitat loss and collision,” adding that “impacts can arise from a single development and cumulatively multiple projects.”

The U.S. Energy Information Administration has said that some wind projects and turbines can result in bat and bird casualties.

“These deaths may contribute to declines in the population of species also affected by other human-related impacts,” it notes. “The wind energy industry and the U.S. government are researching ways to reduce the effect of wind turbines on birds and bats.”

Brussels-based industry body WindEurope says the effects of projects can be prevented “by adequately planning, siting, and designing wind farms.”

“The impact of wind farms on birds and bats is extremely low compared to the impact of climate change and other human activity,” it adds.