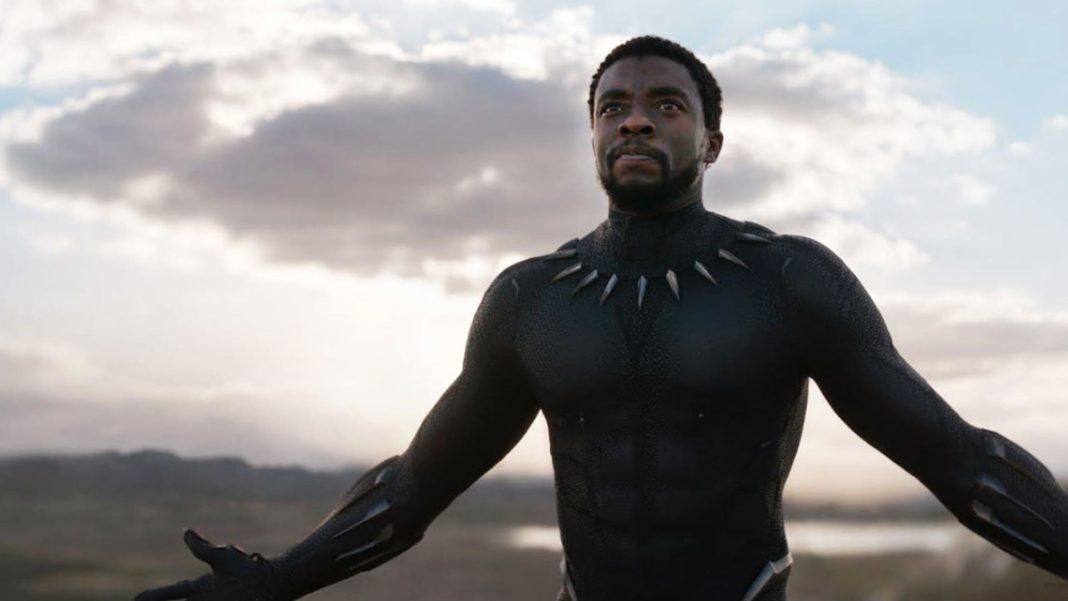 A still from the movie “Black Panther.”

In August 2020, Disney’s Marvel Studios was faced with an unenviable task — how to handle the sudden and tragic death of Chadwick Boseman, the star of its megahit film “Black Panther.”

At the time of Boseman’s death from colon cancer, director Ryan Coogler had already completed a draft script for the sequel, which was centered around the late actor’s character. The 2018 Marvel film was among the first blockbusters to feature a predominantly Black cast, and it was proof that racial representation in Hollywood could mean big money at the box office.

With the “Black Panther: Wakanda Forever” sequel slated for release in mid-2022, Marvel executives and Coogler needed to quickly decide what to do with the character of T’Challa, who was played by Boseman and becomes the Black Panther superhero after the death of his father. The film centers on what it means to be Black, in both America and Africa, and grapples with issues affecting modern-day life for the Black community.

Since the Black Panther is a key character in the Marvel Cinematic Universe, the studio could have recast the character and carried on with production.

“It just felt like it was much too soon to recast,” said Feige in an interview with Empire. “Stan Lee always said that Marvel represents the world outside your window. And we had talked about how, as extraordinary and fantastical as our characters and stories are, there’s a relatable and human element to everything we do. The world is still processing the loss of Chad. And Ryan poured that into the story.”

The result is a much-anticipated sequel that critics and audiences agreed honored Boseman’s legacy and pushed the MCU and its characters forward. The film generated $181 million during its domestic debut, earning it the record for the biggest opener in the month of November and the second-highest opener of 2022.

In the sequel, the Black Panther is not gone from the Marvel Cinematic Universe. Instead, the name becomes a mantle.

Coogler’s film opens with the death of T’Challa from an unspecified disease. His passing deeply affects his community and the supporting characters from “Black Panther.” His sister Shuri, guilt-ridden that she could not use science to cure him, buries herself in work. His mother, who has once again become Queen of Wakanda, tries to lead while honoring her son and ancestors.

T’Challa’s love interest, the war dog Nakia, has fled Wakanda and is living in Haiti, working as a director of a local school.

Throughout the film, Shuri struggles with her faith in the spiritual elements of Wakanda. She is eventually able to take on the title of Black Panther after recreating the once-extinct heart-shaped herb that grants the superhero’s power.

The characters in the film see her as a symbol — a promise for the future of Wakanda — and, ultimately, rally together to take on antagonists Namor and the Talokan.

While promoting “Black Panther: Wakanda Forever,” Coogler noted that the initial script centered on T’Challa’s grief for the loss of time after returning from being turned to dust by another character, Thanos.

The decision by Marvel executives not to recast Boseman’s character isn’t unusual.

Director Christopher Nolan didn’t replace the late Heath Ledger as the Joker in his Dark Knight trilogy, after the actor suffered cardiac arrest brought on by prescription drug intoxication. After actor Paul Walker died in a car crash, his character was not recast in Universal’s Fast & Furious franchise. The death of Carrie Fisher, who suffered cardiac arrest on a plane, was woven into Disney’s “Star Wars: The Rise of Skywalker.”

“There isn’t a blueprint for replacing any actor when tragedy occurs,” said Shawn Robbins, chief analyst at BoxOffice.com. “It always depends on the film and the situation, but we know that high profile and beloved actors are often irreplaceable within the context of the franchise.”

Robbins said replacing Boseman never seemed like a realistic option for Marvel — or for fans.

“His portrayal of T’Challa was immediately iconic and made indelible by what he and that character meant to generations of Black families and Marvel Cinematic Universe canon,” Robbins said.

The poll was conducted between Oct. 31 and Nov. 2, two years after Boseman’s death.

“Losing your centerpiece, everything changed,” said Lupita Nyong’o, who plays Nakia, in an interview with the Hollywood Reporter last month. “When you say the world rotated around him, it revolved around him, it did.”

“That is not the death of the Black Panther, that’s the whole point,” Nyong’o added. “It’s laying to rest [T’Challa] and allowing for real life to inform the story of the movies.”

Boseman rose to prominence in Hollywood in 2013 after starring as Jackie Robinson in Warner Bros.’ “42” and catapulted into the spotlight after debuting as T’Challa, aka the Black Panther, in 2016’s “Captain America: Civil War.”

His performance in “Black Panther” was considered a milestone for Black representation in the entertainment industry, and he starred in two more MCU films — “Avengers: Infinity War” and “Avengers: Endgame” — before his passing in August 2020.

“The potency of Boseman’s aura, as a fictional king and as a real person, made recasting a preposterous option,” said Robert Thompson, a professor at Syracuse University and a pop culture expert. “Boseman’s passing forced the Marvel Universe to acquiesce to the rules of the actual universe, something it isn’t used to doing.”

Disclosure: Comcast is the parent company of NBCUniversal and CNBC. NBCUniversal is the distributor of the Fast & Furious franchise.