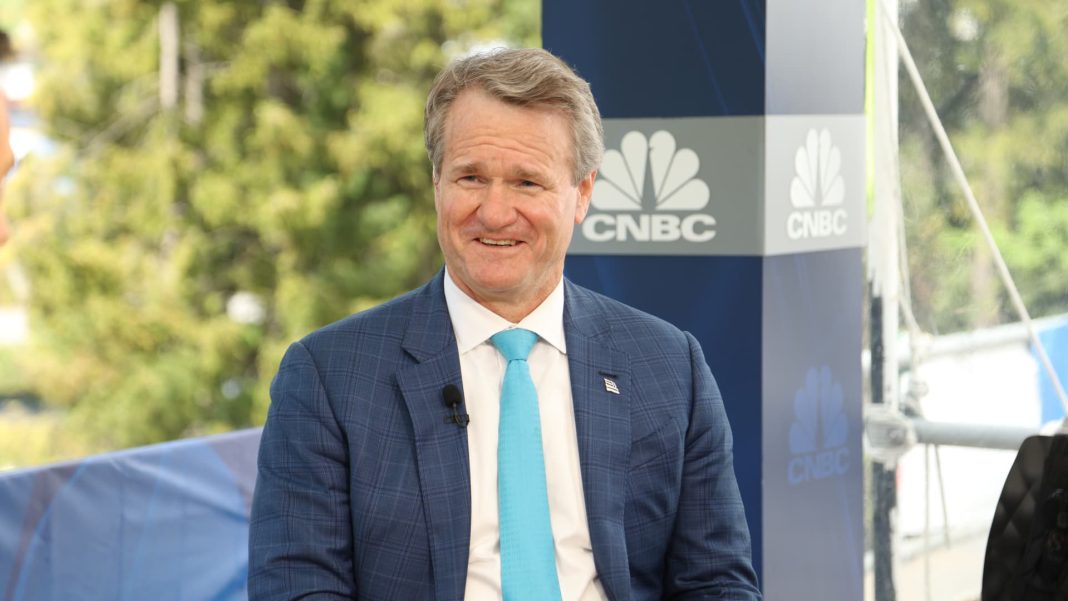 
Wells Fargo analyst Mike Mayo named Bank of America his top pick for 2023 on expectations for “near best-in-class” growth in net interest income, profit margins and earnings. The stock should merit a higher multiple this year and can climb 55% from its price on Tuesday, Mayo wrote in a note published that day. The country’s second biggest bank by assets exemplifies Mayo’s bull thesis for banks, which is that they will weather the impending economic downturn better than expected because the industry has spent the past decade reducing risk across businesses. “As much as any bank, it is ‘showtime’ for BAC if, as we expect, the onslaught of higher rates leads to greater NII growth, more business volume demonstrates model scalability, and slower economic growth further proves BAC’s resiliency after years of de-risking,” Mayo wrote. The veteran bank analyst’s call clashes with several of his peers, who published bearish notes last month that cited expectations for a U.S. recession in 2023. Higher reserves for bad loans, rising expenses and funding costs for deposits, and moribund results in wealth management and investment banking were predicted by the pessimistic analysts. To be fair, Bank of America was also Mayo’s top pick at the start of 2022. After a strong start to the year, investors bailed on banks amid worries that an impending recession will lead to higher defaults. Shares of the Charlotte, North Carolina-based bank fell 26% last year, worse than the 15% decline of rival JPMorgan Chase and the 24% drop of the KBW Bank Index . “Our view is that this stemmed from recency bias from the Global Financial Crisis and ignores what amounts to perhaps the greatest amount of de-risking of any large bank, esp. based on the Fed stress test,” Mayo wrote of last year’s stock decline. Mayo’s other top picks are U.S. Bancorp and PNC Financial , both of which should beat consensus earnings by at least 6% over the next two years, Mayo wrote. His favored banks should be able to address investors’ concerns better than competitors by holding onto gains in net interest income, exhibit good expense control and “superior” credit quality, he wrote. — CNBC’s Michael Bloom contributed to this report.