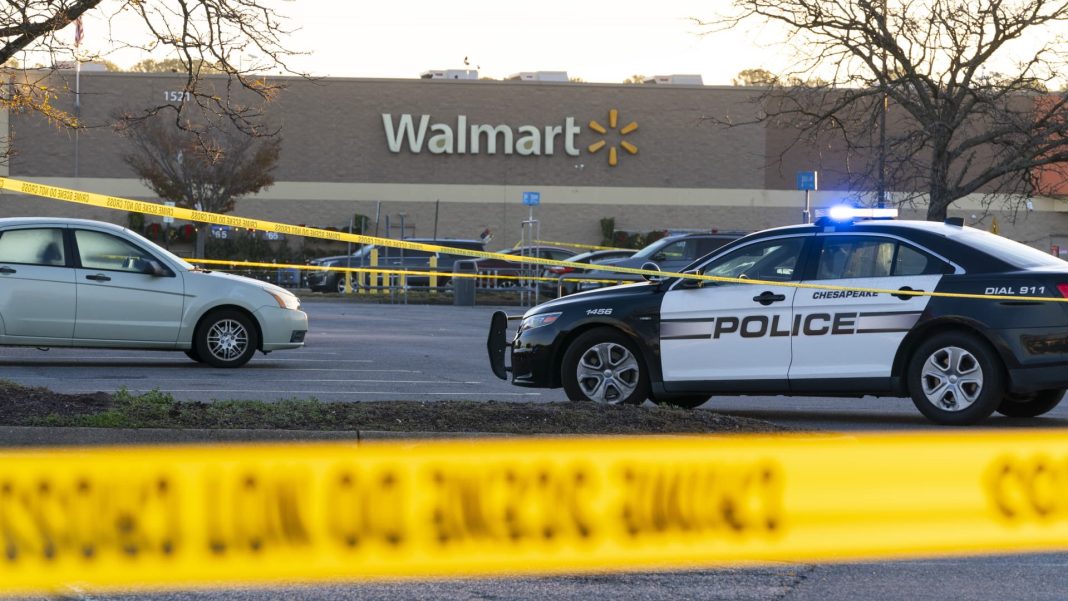 Law enforcement work the scene of a mass shooting at a Walmart, Wednesday, Nov. 23, 2022, in Chesapeake, Va. The store was busy just before the shooting Tuesday night with people stocking up ahead of the Thanksgiving holiday.

The suspected shooter in Tuesday night’s massacre at a Virginia Walmart was a disgruntled employee, a senior law enforcement official told NBC News.

At least seven people, including the suspect, were killed at the Walmart Supercenter in Chesapeake, Virginia, as people were shopping for last-minute Thanksgiving items. The shooting also came days before Black Friday, when shoppers traditionally head to retailers such as Walmart to buy holiday gifts at bargain prices.

CNBC has reached out to Walmart for a comment on the shooting and the investigation, as well as about any security concerns ahead of Black Friday.

Walmart, in a Twitter post early Wednesday morning, said it was “shocked” over the shooting. “We’re praying for those impacted, the community and our associates,” the company said. “We’re working closely with law enforcement, and we are focused on supporting our associates.”

In June, Walmart said it added a class to its store manager training program that focuses on spotting employees and customers who may need an intervention for mental health issues.

The shooting was reported to police shortly after 10 p.m. ET, and officers arrived on the scene within minutes. A local hospital was treating other victims, NBC News reported. The gunman used a pistol and apparently died of a self-inflicted gunshot, police said Wednesday. Officials also said they had yet to determine a motive.

Chesapeake Police and the Virginia State Police executed a search warrant at the suspect’s home, and authorities believe there is no further risk to the public, officials said Wednesday.

The Chesapeake store will remain closed as authorities investigate the shooting.

The Walmart massacre came days after a deadly mass shooting over the weekend at an LGBTQ nightclub in Colorado Springs, Colorado, in which five people were killed.

This is a developing story. Check back for updates.