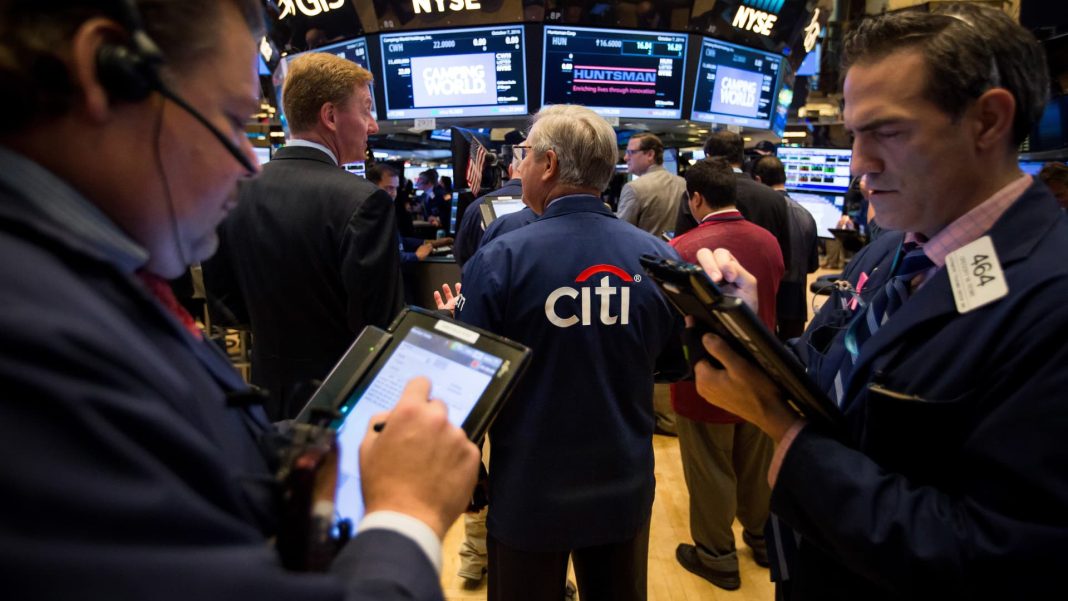 A trader, center, wears a Citigroup jacket while working on the floor of the New York Stock Exchange (NYSE) in New York.

Global investment banks Citigroup and Barclays cut advisory and trading personnel this week as Wall Street grapples with sharp declines in revenue and dimming prospects for next year.

New York-based Citigroup let go of roughly 50 trading personnel this week, according to people with knowledge of the moves who declined to be identified speaking about layoffs. The firm also cut dozens of banking roles amid a slump deal-making activity, Bloomberg reported Tuesday.

London-based Barclays cut about 200 positions across its banking and trading desks this week, according to a person with knowledge of the decision.

The moves show the industry has returned to an annual ritual that’s been part of what has defined life on Wall Street: Cutting workers who are deemed to be underperformers. The practice, which had been on pause the last few years amid a boom in deals activity, returned after Goldman Sachs laid off hundreds of employees in September.

While shallow in nature, especially compared with far deeper cuts occurring in tech firms including Meta and Stripe, the moves may only be the start of a trend if capital markets remain moribund.

Equity issuance plunged 78% this year through October as the IPO market remained mostly frozen, according to SIFMA data. Debt issuance has also fallen off as the Federal Reserve boosts interest rates, slumping 30% through September.

In recent weeks, executives have grown pessimistic, saying that revenue from robust activity in parts of the fixed-income world has probably peaked this year, and that equities revenue will continue to decline amid a bear market in stocks.

“Most of the banks are budgeting for declines in revenue next year,” according to a person involved with providing data and analytics to the industry. “Investors know the general direction of the market, at least in the first half, and the thinking is that client demand for hedging has probably peaked.”

Among Wall Street players, beleaguered Credit Suisse is contending with the deepest cuts, thanks to pressure to overhaul its money-losing investment bank. The firm has said it is cutting 2,700 employees in the fourth quarter and aims to slash a total of 9,000 positions by 2025.

But even workers toiling at Wall Street’s winners — firms that have gained market share from European banks in recent years — aren’t immune.

Underperformers may also be at risk at JPMorgan Chase, which will use selective end-of-year cuts, attrition and smaller bonuses to rein in expenses, according to a person with knowledge of the bank’s plans.

Morgan Stanley is also examining job cuts, although the scope of a potential reduction in force hasn’t been decided, according to a person with knowledge of the company. Lists of workers who will be terminated have been drawn up in Asian banking operations, Reuters reported last week.

To be sure, managers at Barclays, JPMorgan and elsewhere say they are still hiring to fill in-demand roles and looking to upgrade positions amid the industry retrenchment.

Spokespeople for the banks declined to comment on their personnel decisions.