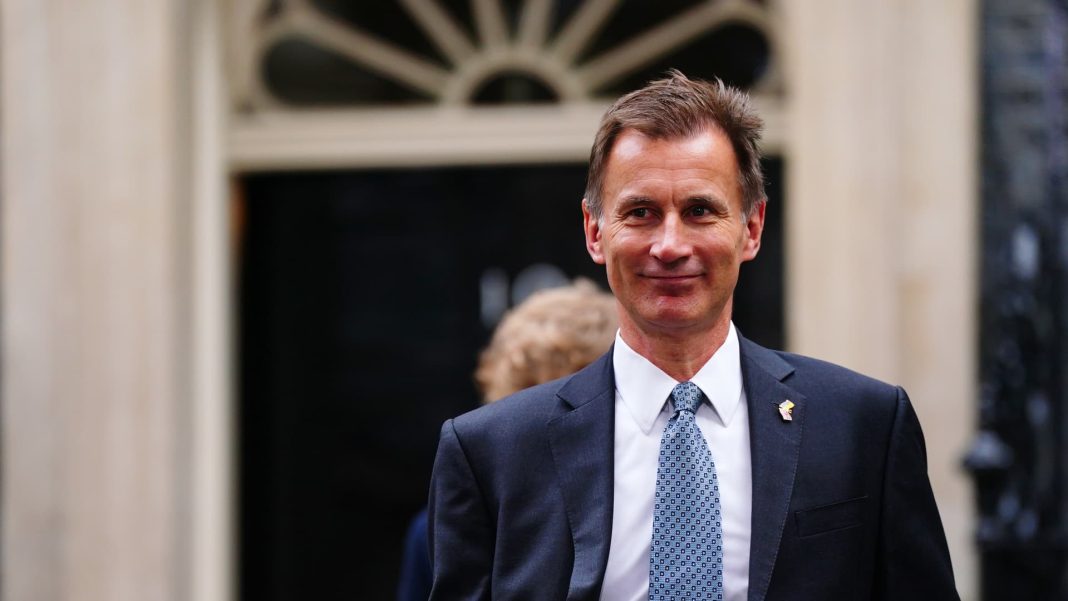 LONDON — The U.K. government on Thursday unveiled a sweeping £55 billion ($66 billion) fiscal plan as it seeks to plug a gaping hole in the public finances and restore Britain’s economic credibility, even as the country teeters on recession.

The measures included a six-year freeze on income tax thresholds and a lowering of the top rate of income tax to £125,000 — moves directly opposed to the major cuts touted in September’s catastrophic mini-budget.

“Unfunded tax cuts are as risky as unfunded spending,” Hunt told the House of Commons.

Hunt said the measures would reassure markets that the government and the Bank of England are now working in in “lockstep.”

“We need fiscal and monetary policy to work together,” he said. “That means the government and the Bank working in lockstep. It means, in particular, giving the world confidence in our ability to pay our debts.”

The measures will increase financial hardship on millions of Britons as they confront the country’s worst cost-of-living crisis in decades and its longest-ever recession.

However, Hunt said they were necessary to limit 41-year-high inflation and recover the U.K.’s reputation; dubbing the plan the “ultimate growth strategy.”

“We must continue a relentless fight to bring (inflation) down, including a rock-solid commitment to rebuild our public finances,” Hunt said.

Among the other measures announced were a 10% increase in the state pension, benefits and tax credits — in line with September’s inflation figure — and an increase in the National Living Wage to £10.42 an hour for those aged 23 and above.

The dividend allowance and the annual exception for capital gains tax, meanwhile, will be cut over the next two years, the finance minister said.

He also confirmed that the energy industry will face an expanded windfall tax of 35% up from 25%.

Thursday’s statement was accompanied by a long-awaited set of projections from the U.K.’s independent Office for Budget Responsibility (OBR), which painted a gloomy economic picture for Britain.

Hunt said the projections show that the U.K. is now in recession, but that the government’s plan will ensure the downturn is shallower and unemployment lower than initially forecast.

A major test for the government

The U.K.’s new strategy sets the tone for Prime Minister Rishi Sunak’s premiership, as he presides over an era of fiscal austerity and dwindling Conservative Party support.

Though Hunt’s then-boss Liz Truss resigned in short order — becoming the U.K.’s shortest-serving prime minister — he was kept on by successor Rishi Sunak in a bid to ensure stability following months of political turmoil.

Shadow finance minister Rachel Reeves said Thursday that the new plans will leave the U.K. still worse off than it was earlier this year.

“Here we are at the end of 2022, three prime ministers, four chancellors and four budgets later,” Reeves said. “And where do we find ourselves? In a worse place than we started the year.”

The U.K. is the only Group of Seven (G7) country yet to return to its pre-pandemic size, having suffered a decade of near-stagnant income growth.

The Bank of England has warned that the country is now facing its longest recession since records began a century ago.

Official data released Friday showed that the economy shrank by 0.2% in the third quarter of 2022. A second consecutive quarter of negative growth going forward would indicate that the U.K. is in a technical recession.