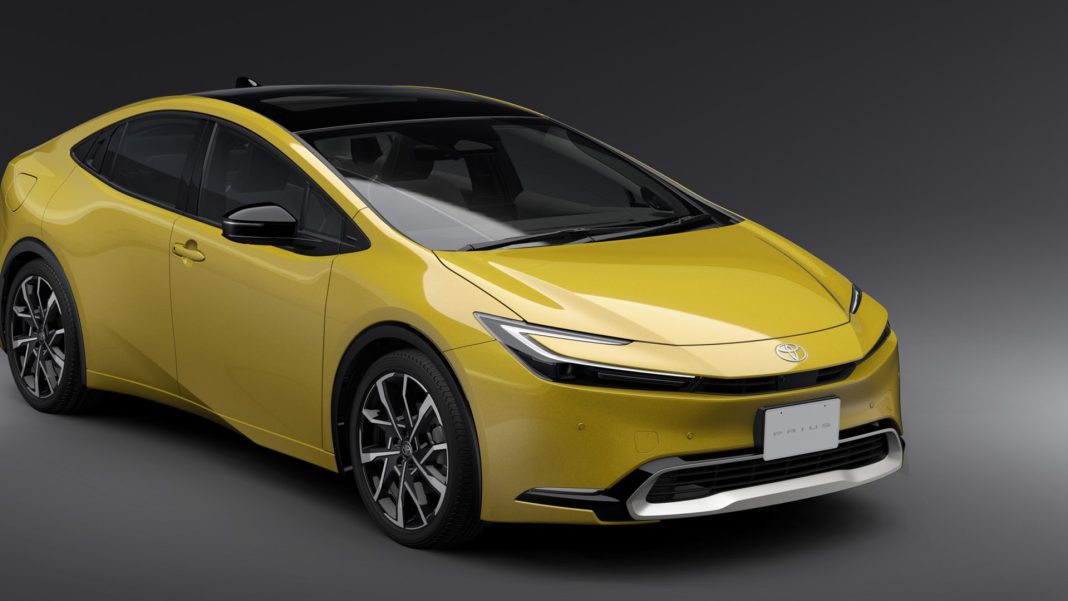 Toyota Motor is not giving up on its flagship Prius hybrid anytime soon, despite investing billions in all-electric vehicles amid criticism it hasn’t moved fast enough into the emerging segment.

The automaker late Tuesday revealed new versions of the Prius hybrid and Prius Prime, a plug-in hybrid electric vehicle. Both are considered “electrified” vehicles rather than all-electric. They continue to utilize gas-powered engines along with electric components that make the vehicles more fuel-efficient.

Toyota did not release U.S. specifications for the 2023 Prius models, but the vehicles are noticeably different in styling than the current versions. The exterior is sportier, less quirky and appears to be more aerodynamic. But the overall silhouette is still recognizable as a Prius.

Moving forward with the Prius as other automakers vow to go all-electric in the years ahead is part of Toyota CEO Akio Toyoda’s electrification strategy. The auto scion believes EVs are not the only solution for automakers to reach carbon neutrality – which the company hopes to do by 2050.

Simon Humphries, Toyota senior manager of design, didn’t shy away from recent criticism about the company’s ongoing plans to develop hybrids alongside battery-electric vehicles, or BEVs, and other potential technologies.

“With the current focus on BEVs, it seems not a day goes by without hearing, ‘So how long are you going to continue making hybrids for?’ Well disclaimer: Today I’m going to talk about Toyota’s new hybrid car,” Humphries said during the livestreamed reveal in Japan.

Since the Prius launched in 1997, Toyota says it has sold more than 20 million electrified vehicles worldwide. The company says those sales have avoided 160 million tons of CO2 emissions, which is equivalent to the impact of 5.5 million all-electric battery vehicles.

Toyoda and other company executives have said all-electric vehicles aren’t viable for many drivers – especially in the foreseeable future – as not all areas of the world will adopt EVs at the same pace due to the high cost of the vehicles as well as a lack of infrastructure.

Interior of the 2023 Toyota Prius

Humphries reiterated the company’s position, saying the “Prius is an eco-car within everyone’s reach. In order to achieve carbon neutrality, everyone in the world must participate.”

“It’s a car to be driven by all people, not just the few. That’s its greatest strength, and its the reason for its existence,” he said.

In the U.S., the 2022 Prius starts at about $25,000 – far less than most all-electric vehicles – and achieves as much as an EPA-certified 56 mpg. The 2022 Prius Prime plug-in hybrid starts at about $29,000 and has a 133 MPGe, which takes into account the 25-mile all-electric range of the vehicle as well as the fuel economy of its gas-powered engine.