Toyota CEO and President Akio Toyoda to step down 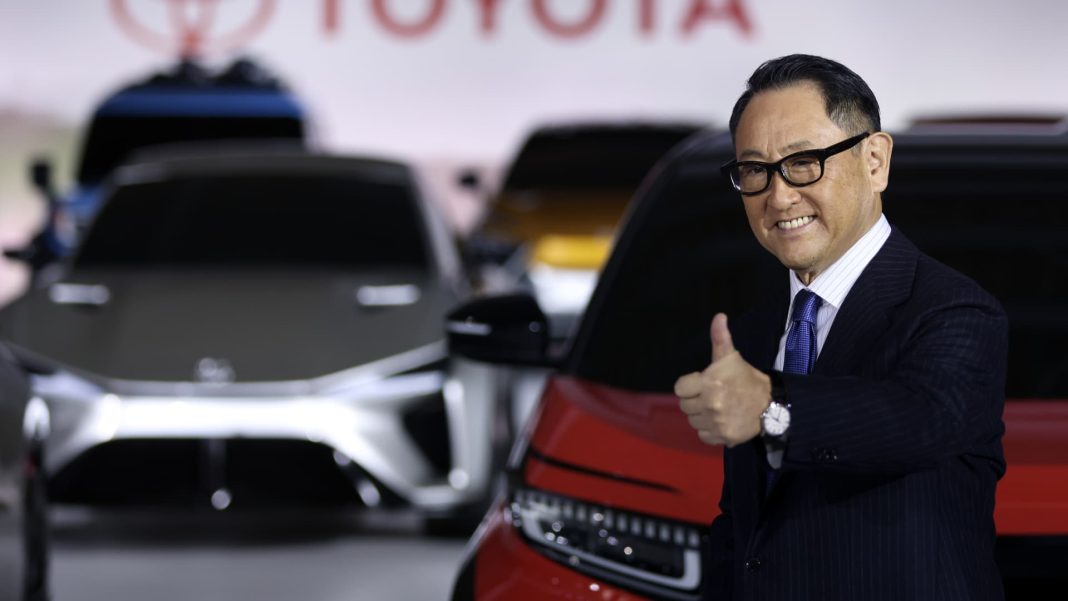 Toyota Motor Corporation’s President and Chief Executive Akio Toyoda will step down from his post on April 1, to be replaced by current Chief Branding Officer Koji Sato, the Japanese automaker said Thursday.

Toyoda will become the new chairman of the board, while the current Chairman Takeshi Uchiyamada will continue as a member of the board.

Toyoda, 66, is the grandson of the carmaker’s founder and has served as chief executive since June 2009.

“I thought the best way to further Toyoda’s transformation would be for me to become chairman in support of a new president, and this has led to today’s decision. Chairman Uchiyamada has long supported me in all imaginable ways,” Toyoda said in a webcast.

“In retrospect, these 13 years have been a period of struggling to survive one day after the next, and that is my honest feeling,” he added.

Tokyo-listed shares of Toyota ended the session 0.63% lower Thursday ahead of the announcement.