The soft-landing narrative is in trouble, and that’s making stocks look expensive 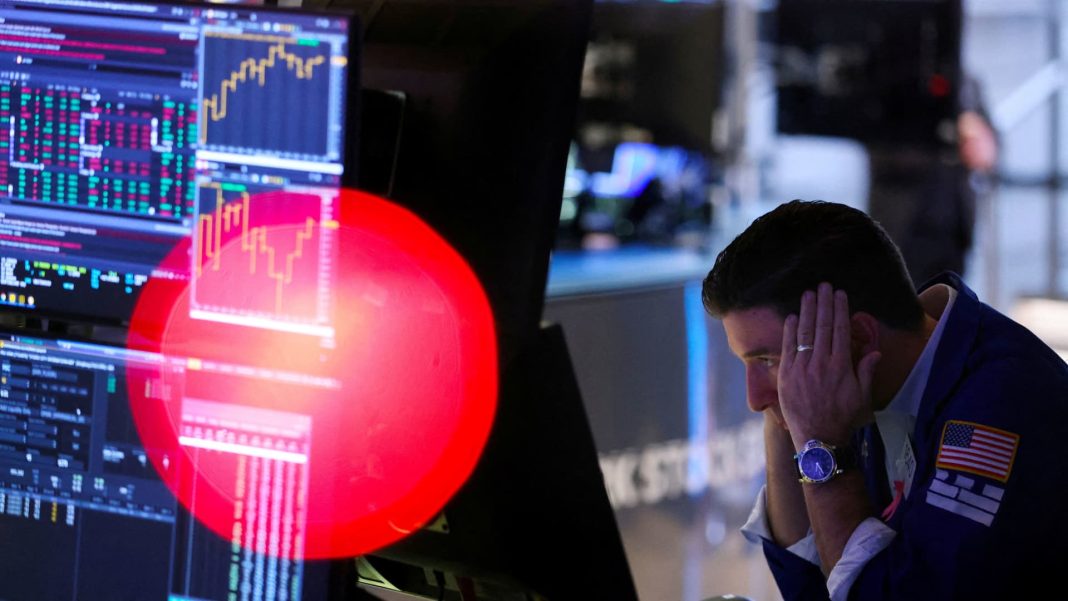 
It’s not been a great end to the week for the soft-landing crowd. The S & P 500 lifted off its low for the year in October on a simple premise: The Federal Reserve would finish raising rates early in 2023, there is a reasonable chance of cutting rates late in 2023, the economy would slow down but not too much, and earnings would be roughly flat next year. That is the soft landing. The soft-landing crowd is very much on the defensive because: 1) Fed Chairman Jerome Powell has pounded away on the “higher for longer” outlook , and 2) the economic data Thursday ( retail sales , industrial production, the European Central Bank raised its inflation outlook) did not support a soft landing. A harder landing in the economy means that stocks are very expensive. Most Wall Street strategists (those who make predictions about the markets based on macroeconomics, not individual company projections) now anticipate that earnings will decline next year (the average of 17 strategists is a decline of 6%). Analysts (who cover individual stocks and sectors) are more optimistic, expecting earnings to rise roughly 4%. But analysts are traditionally more optimistic than strategists, and the Street is beginning to side with the strategists. If earnings decline 6%, the multiple for next year is very high, roughly 19 times forward earnings. The multiple is almost never above 18. “To argue for a multiple above 18 times goes against the historic data,” Eric Johnston at Cantor Fitzgerald told me. “The only time the multiple was above 18 was post-Covid, and in 2000 during the internet bubble,” he said. “With a 5% interest rate and the economy getting worse, how do you argue that a multiple should be above 18?” he said. It’s not helping that there is an enormous options and futures expiration Friday. Friday is quadruple witching, the quarterly expiration of stock index futures & options, and single stock futures & options. There’s also a rebalancing of the S & P 500 at the close. This doesn’t usually cause a lot of mayhem, but there have been an unusually large number of options contracts that were still open Thursday. S & P 500 option open interest (puts+calls) (contracts, target price, followed by contracts) 4,000: 300,000 3,950: 150,000 3,900: 125,000 3,850: 80,000 Source: Interactive Brokers This is a lot of open interest. Steve Sosnick, a veteran options watcher at Interactive Brokers, told me he normally starts paying attention when open interest is above 100,000 contracts on a single strike. The big expiring contracts tend to cluster around round or significant numbers, and Sosnick felt it did add to the volatility Thursday. “Once it was clear 4,000 [on the S & P 500] was not holding, we sold off quickly and abruptly,” he said. “That is why we went right through 4,000, then dropped again at 3,950, and then again at 3,900.” The index options prices are set by the opening prices on the S & P 500 on Friday, so expect a huge rush of volume at 9:30 a.m. ET when the market opens.