The fear of loss can cost investors big-time. Here’s how 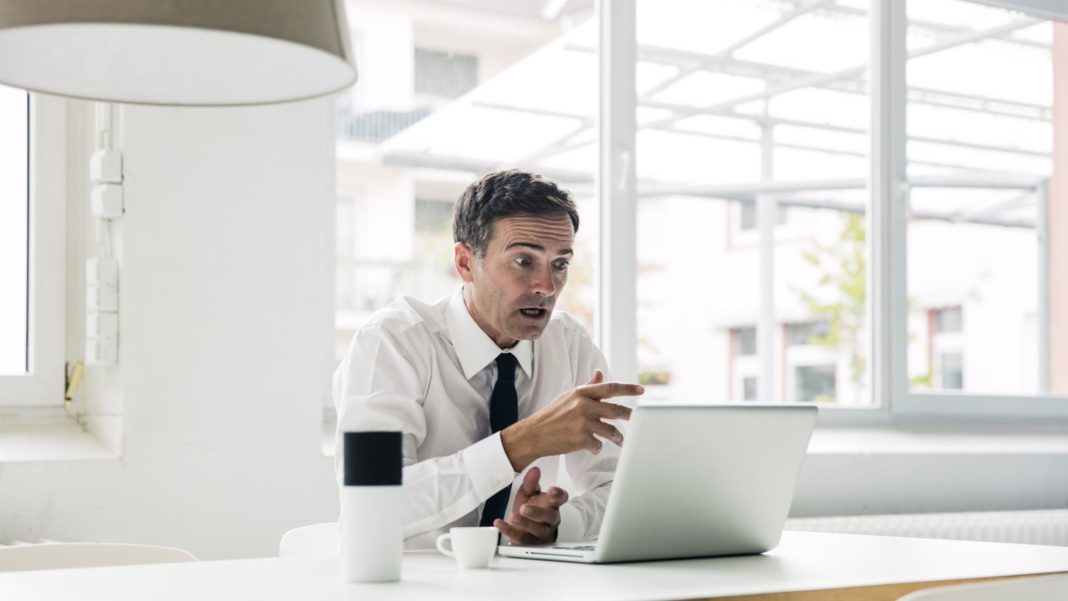 The fear of loss is a powerful emotion for investors — and, if left unchecked, can cost them big bucks in the long term due to years of forfeiture of investment gains.

That fear is a natural product of human evolution. Our brains are hardwired to detect risks — a useful cognitive tool that helped early humans and their forbears stay alive, if they had to evade predators or determine what foods were safe to eat, for example.

Fast-forward to the modern era, though, and that ancient threat-detection and loss-prevention mechanism can do us a disservice.

“We didn’t evolve to live in financial markets,” said Dan Egan, vice president of behavioral finance and investing at Betterment. “We evolved to deal with ‘natural threats.'”

For investors, that evolutionary impulse plays out as “loss aversion bias.”

The premise: The pain of an investment loss is twice as strong as the pleasure derived from an equivalent gain. Investors have a bias toward avoiding financial loss.

“I’m going to toss a coin, and if it’s tails, you lose $10. How much would you have to gain on winning in order for this gamble to be acceptable to you? People want more than $20 before it is acceptable,” Kahneman said of that exercise.

Loss aversion can express itself in perhaps unexpected ways for society at large, too.

Take education, for example: In a 2011 experiment, one group of teachers in Chicago Heights, Illinois, was told they’d receive a year-end bonus linked to student achievement. A second group was given a lump-sum payment at the beginning of the school year and told part of it would be clawed back if students missed performance targets.

The latter “loss” group saw “large and statistically significant gains” in student test scores, while there wasn’t an impact noted in the “gain” group offered a bonus incentive.

Automatic enrollment in 401(k) plans, as well as an automatic increase in a worker’s 401(k) savings rates from year to year, helps combat bias, too. Automatic enrollment means a worker never experiences a decrease (or “loss”) in take-home pay once they start saving in a 401(k), since that savings is deducted from the beginning.

More from Personal Finance:
Inflation boosts U.S. household spending by $433 a month, on average
If you’re ‘unretiring,’ review your Social Security benefits
4 tips to dig out of debt after record Black Friday and Cyber Monday spending

Nearly all investors have likely confronted fear this year.

For example, it might lead a long-term investor to be too conservative, for fear of losing money, Egan said. In this case, an investor with decades until retirement may be overweight bonds and cash relative to stocks, which are generally riskier and more volatile than the other “safer” asset classes but yield higher returns over long time periods. Even many retired seniors need some stock exposure to help beat inflation over a lengthy retirement.

Meanwhile, loss aversion can cause would-be neophyte investors to avoid investing in the first place. That risk is heightened in periods like 2022, when markets suffer big losses. That means fledgling investors are hesitant to put money into the market because they want to wait until it feels safe, Egan said.

However, the savvy move is the opposite: A run-up in stocks is the riskier time to invest, whereas a pullback means the pain may be in the rearview mirror, stocks are at a discount and there’s more upside to be had, Egan explained.

We didn’t evolve to live in financial markets.

VP of behavioral finance and investing at Betterment

Human psychology can also push investors to sell during a downturn in stocks simply to avoid further losses, Omar Aguilar, CEO and chief investment officer of Schwab Asset Management, said. But that might mean they miss out on gains during a subsequent rally in the stocks they sold, Aguilar said.

He cites research demonstrating that in 2018, a year in which there were two big market corrections, the average investor lost twice as much as the S&P 500.

An investor who kept their initial $10,000 in U.S. stocks for 15 years would have earned $24,753 more than someone who missed the market’s 10 best days, according to a Putnam Investments analysis through 2021.

Prioritizing the avoidance of loss over earning a gain “is a major reason why so many investors underperform the market,” Aguilar said.

For example, conservative investments such as stable value and money market funds captured 81% and 16%, respectively, of net 401(k) plan savings in October, according to Alight Solutions, which administers company 401(k) plans. Meanwhile, 401(k) investors pulled money out of stock mutual funds during the same time period.

Yet the best choice for investors — especially those with many years, or even decades, before they’ll tap their retirement savings — is probably to stay put, according to financial advisors.

“If you panic while driving, you’ll get in an accident,” Chao said.

“I think most investors are reactionary, instead of acting in a purposeful, well-intentioned way,” he added. “And because of that, they tend to be all over the place when markets fall.”

Selling out of stocks while there’s proverbial blood in the streets is akin to timing the market, Chao said. To come out ahead, investors need to time two things perfectly: when to sell out and when to buy back in.

And that’s nearly impossible to do, even for professional investors.

Making the wrong bet means you’ll likely buy when stocks are pricey and sell when they’re cheap. In other words, a knee-jerk reaction in protecting your money means you may, in many cases, actually do the opposite: sacrifice your future earnings and ultimately end up with a smaller nest egg.