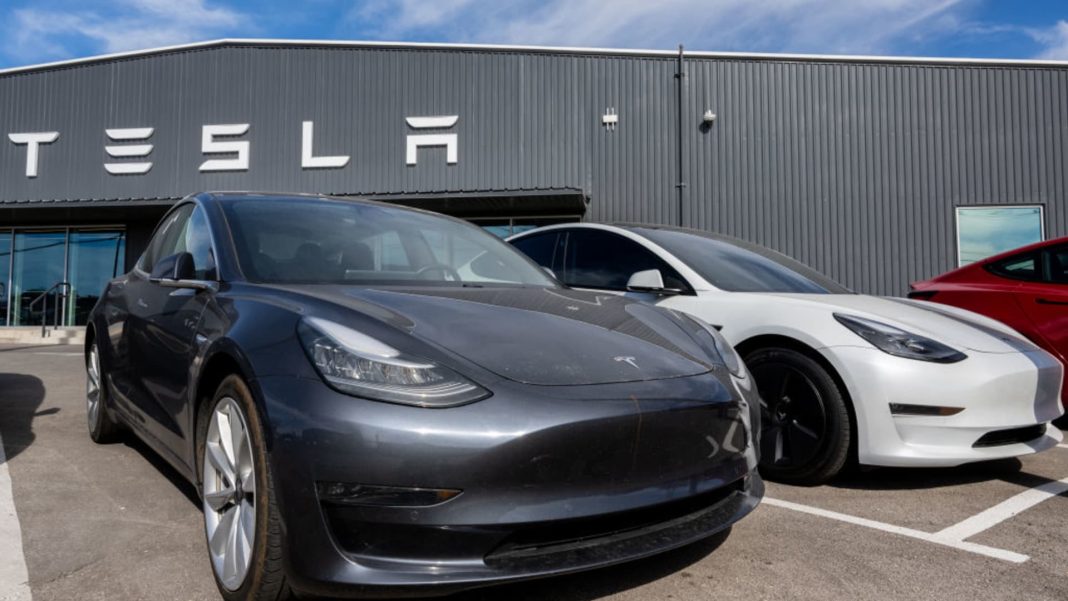 
Investor Bryn Talkington said Friday there’s a sliver lining to Tesla’s dismal stock performance of late: There’s now a buying opportunity into the electric vehicle maker. The electric-vehicle maker’s stock hit its lowest level since August 2020 on Friday after the company cut prices for its Model 3 and Model Y vehicles in China. However, shares bounced back midday with the broader market. TSLA 1D bar Tesla hits 52-week low Still, Tesla ‘s stock has been beaten down, tanking 65% in 2022. Talkington, managing partner of Requisite Capital Management, saw an opportunity, selling shares of General Motors late last year to buy Tesla. She paid $120 per share, but also sold her April call options, winding up with a $110 cost basis, she said. “To me, that is a great story,” Talkington said on ” Halftime Report ” Friday. She said the company is still in early days and has much further to run. “You want to buy a good company, great CEO, lots of runway and I think I have a good entry point,” Talkington added, noting that she thinks earnings will likely double in two years. She’s unconcerned about the price cuts in China, noting that Tesla is doing very well there. CEO Elon Musk has made the decision to focus more on volume than margins right now in order to stay competitive and boost demand, Talkington pointed out. Investors should step back and look at the bigger picture and the fact that Tesla should not be valued simply as an auto company, she suggested. “It is a car company. It is also a semiconductor company. It is a software company,” Talkington said. “They own the supercharger network.” TSLA 1Y mountain Tesla’s dramatic decline over the past year On Monday, Tesla reported production and delivery numbers for the fourth quarter that missed analysts’ expectations, which also sent the stock tumbling. The following day, Ark Invest’s Cathie Wood snapped up Tesla shares , adding 144,766 to he flagship ARK Innovation ETF and 31,336 to ARK Autonomous Technology & Robotics ETF . Tesla’s dramatic decline has led some Wall Street analysts to also see a buying opportunity . On Thursday, Edwards Jones analyst Jeff Windau upgraded it to buy from hold , saying the stock now looks cheap in the context of the company’s long-term growth prospects. Mizuho and RBC have both recently reiterated their buy ratings, and Baird has named Tesla a top pick for 2023.