Tesla stock down 28% since Elon Musk took over Twitter 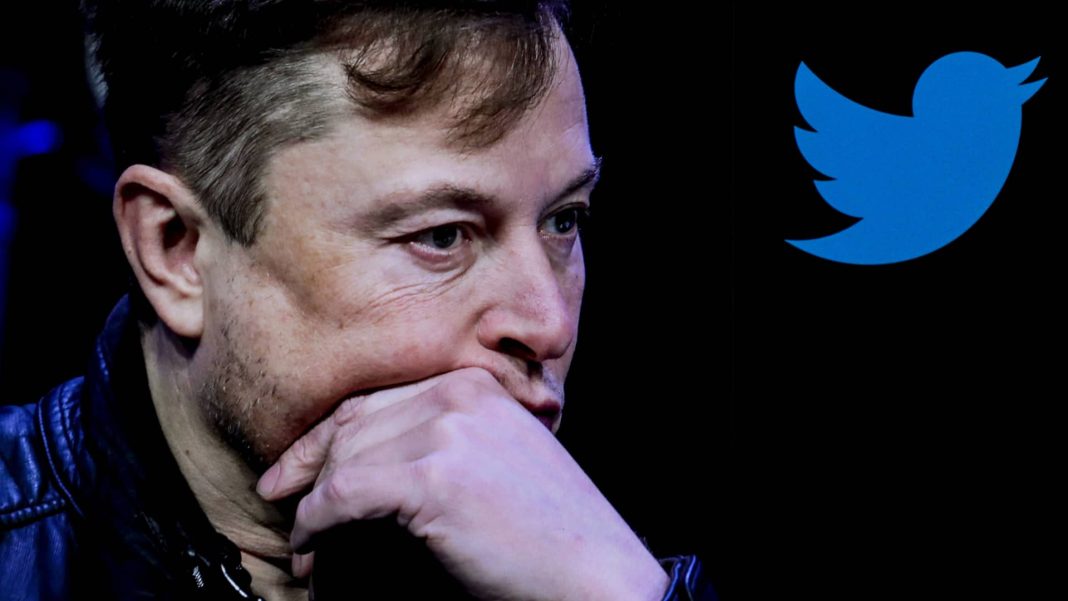 In this photo illustration, the image of Elon Musk is displayed on a computer screen and the logo of twitter on a mobile phone in Ankara, Turkiye on October 06, 2022.

Shares in electric vehicle maker Tesla have fallen 28% since October 27, when CEO Elon Musk bought Twitter and appointed himself “Chief Twit,” or CEO, of the social media business.

By way of comparison, other major automakers like Ford, GM and Volkswagen are slightly up since Oct. 27, as is BYD, a Chinese company that makes electric vehicles and batteries. U.S. electric truck maker Rivian has fallen by 27% over that period.

On Tuesday, Tesla shares closed at $160.95, down more than 4% for the day. It was a rare exception among growth-oriented tech stocks, which mostly rose after cooler-than-expected inflation data came out early in the morning.

The decline in Tesla stock price has prompted the company’s largest retail shareholder Leo Koguan, who is a billionaire and founder of the IT services firm SHI International, to call for the company’s board to “perform shock therapy to resuscitate stock price,” namely by way of a share buyback.

Musk sold billions of dollars’ worth of his Tesla holdings to finance the Twitter takeover. Since he took over the company, Musk has been regularly posting incendiary tweets, especially aimed at people who hold center-to-left political values, and whom Musk often paints as enemies with a “woke mind virus.”

For example, Musk took aim at Director of the National Institute of Allergy and Infectious Diseases Dr. Anthony Fauci, and trans people, tweeting over the weekend: “My pronouns are Prosecute/Fauci.”

Kristin Hull, Nia Impact Capital founder and a Tesla shareholder, wrote on Twitter following that: “So many issues with the Tesla brand, when the board can’t rein in the CEO.”

Economic conditions and an aging product lineup have also contributed to pressure on Tesla’s share price. Tesla has delayed mass production of its sci-fi-inspired, trapezoidal pickup truck, the Cybertruck. Tesla originally showed off the Cybertruck design in 2019, at which time the company expected to start production in 2021.

The company held an event at its Nevada battery factory to mark the start of deliveries of its fully electric, heavy-duty Semi truck last month. At the event, Tesla execs including Elon Musk made no mention of previously touted self-driving tech, a million-mile warranty they had previously teased, a price for the Semi, nor any anticipated production numbers.

Tesla is also facing backlash over a years-long delay in delivering self-driving technology through software updates to its customers’ cars. Customers are increasingly suing Tesla in the U.S. to attain refunds for self-driving systems they paid for and expected to be delivered already.

Tesla markets its driver assistance systems as Autopilot, Enhanced Autopilot and Full Self-Driving capability in the U.S. None of these systems make its cars safe to drive without a human behind the steering wheel, attentive to the road and driving task at all times.

The California DMV is investigating Tesla and has formally complained that it has engaged in false advertising around these systems.

Some Tesla fans see the plummeting stock price as a buying opportunity, despite Musk’s new distraction with Twitter.

The company is ramping up production at a new vehicle assembly plant in Austin, Texas, and another one outside of Berlin. The company has brought Shanghai Manufacturing leader Tom Zhu to the states to help mature the Austin operation.