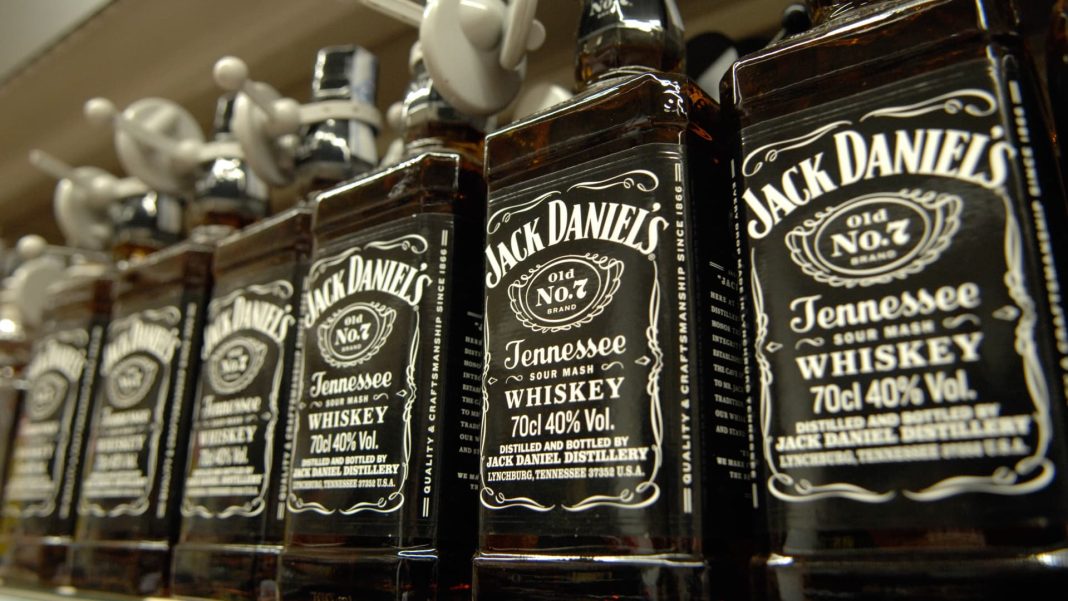 The Supreme Court has agreed to take up a trademark case centered around a squeaky dog toy that’s “43% Poo by Vol.” and “100% smelly.”

The toy in question, dubbed the Bad Spaniels Silly Squeaker, closely resembles Jack Daniel’s signature Old No. 7 Black Label Tennessee Whiskey bottle. It features a cartoon spaniel on its front and references to Jack Daniel’s Old No. 7, such as the label “Old No. 2 on Your Tennessee Carpet.”

The toy retails online for about $17 and notes on the packaging in small font: “This product is not affiliated with Jack Daniel Distillery,” according to the Associated Press.

Jack Daniel’s is arguing VIP Products is in violation of federal trademark law and could be confusing shoppers, while VIP Products argues the toy is an “expressive work” under First Amendment protections.

In a 2020 ruling, the U.S. Court of Appeals for the 9th Circuit sided with VIP Products, prompting Jack Daniel’s to seek further relief from the Supreme Court. The court will likely hear arguments in the Jack Daniel’s case early next year.

VIP Products also sells parodies of other popular alcoholic bottles including including “Stella Arpaw,” which mimics designs from beermaker Stella Artois, and “HeineSniff’n,” which resembles Heineken.

In 2008, VIP Products lost a similar case brought by Budweiser-maker Anheuser-Busch, who sued the company over a toy labeled “ButtWiper.”

VIP declined to comment on Tuesday due to pending litigation. Representatives for Jack Daniel’s didn’t immediately return request for comment.