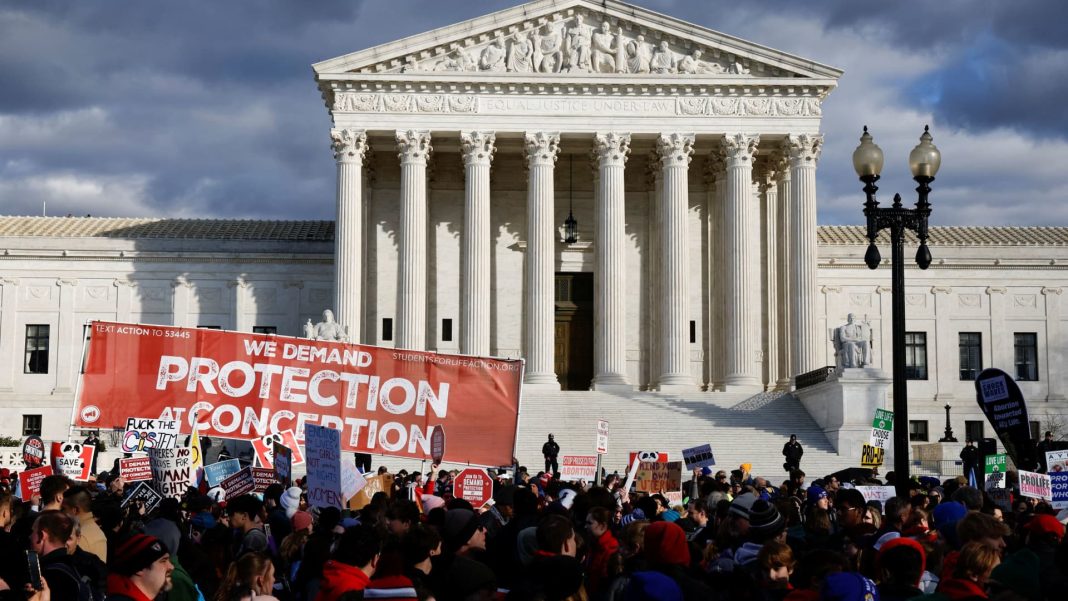 Each of the Supreme Court’s justices were questioned — some multiple times — as part of an investigation into last year’s leak of a draft opinion of the ruling that ended up overturning the court’s landmark Roe v. Wade abortion decision, the head of that probe revealed Friday.

The statement came a day after the Supreme Court refused to say whether the justices were among the nearly 100 court staffers and clerks who were questioned in the probe. That investigation failed to identify the person or persons who leaked the draft opinion by Justice Samuel Alito to Politico in May.

None of the justices or their spouses were identified as potential suspects, according to Gail Curley, the marshal of the Supreme Court, who oversaw the leak probe.

But unlike others interviewed, none of the justices was asked to give a sworn affidavit denying they leaked the Alito opinion, Curley said in a statement.

Alito wrote the June ruling that tossed out the Supreme’s Court five-decade-old decision in Roe v. Wade, which had established there was a constitutional right to abortion.

“During the course of the investigation, I spoke with each of the Justices, several on multiple occasions,” Curley said in a statement.

“The Justices actively cooperated in this iterative process, asking questions and answering mine,” Curley said. “I followed up on all credible leads, none of which implicated the Justices or their spouses. On this basis, I did not believe that it was necessary to ask the Justices to sign sworn affidavits.”

The court has nine justices, eight of whom were serving at the time of the abortion ruling. Justice Stephen Breyer retired after the ruling was released. CNBC has asked a court spokesman whether Breyer was among those interviewed by Curley.

Curley’s report on her failure to identify the leaker, which was released Thursday, did not mention that she had questioned the justices.

The report did say Curley’s team “conducted 126 formal interviews of 97 employees, all of whom denied disclosing the opinion.”

Each of those employees was asked to sign a sworn affidavit denying they disclosed the draft opinion.