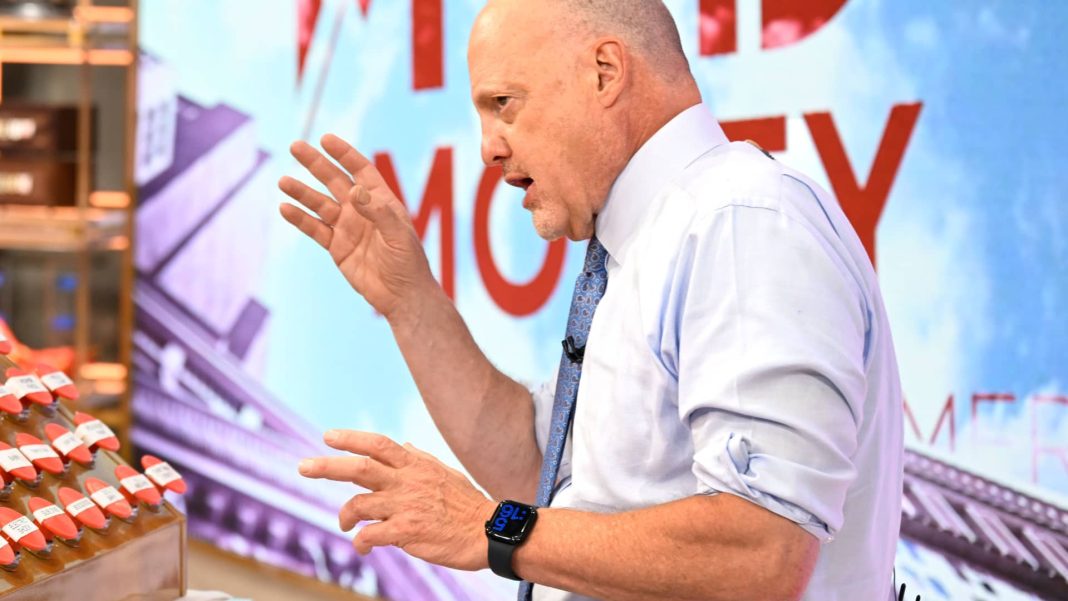 “We need to see the unemployment rate go higher, while wages remain stable and we get meaningful layoffs in some industries. If that doesn’t happen, if the numbers are truly strong, then the Fed heads will come out of the woodwork and start talking about how we need more enormous rate hikes,” he said.

Stocks slid on Monday to start the week, weighed down by protests against Covid restrictions in China that erupted over the weekend.

The Labor Department is set to release the November nonfarm payrolls report on Friday and could cap off what could be a tough week for the market, according to Cramer. “Seasonally, it tends to be a little bit weaker, before things really take off again come December,” he said.

He also previewed next week’s slate of earnings. All earnings and revenue estimates are courtesy of FactSet.

Cramer predicted it’ll be difficult for the company to top its last “spectacular” quarter.

He said he’s interested in seeing if the company can change from a pure growth play to a profitable growth name.

He said he’s worried the company will report disappointing results.

Cramer said he doesn’t expect co-CEO Marc Benioff to “tolerate” the fact that the stock is one of the worst performers in the Dow Jones Industrial Index.

“Like so many companies in Silicon Valley, I think Okta’s going to have to learn to live with less [workers],” he said.

Cramer pointed out that while analysts love the stock, products at the company’s stores are more expensive than they used to be.

While the company will likely deliver a good quarter, people will only care about the status of the company’s planned merger with Albertsons, he said.

Cramer said he expects a huge earnings beat from the company.

While he’s a believer in the stock, it likely won’t soar until the industry-wide chip glut becomes resolved, he said.