Southwest Airlines cancellations abate after holidays but costs pile up 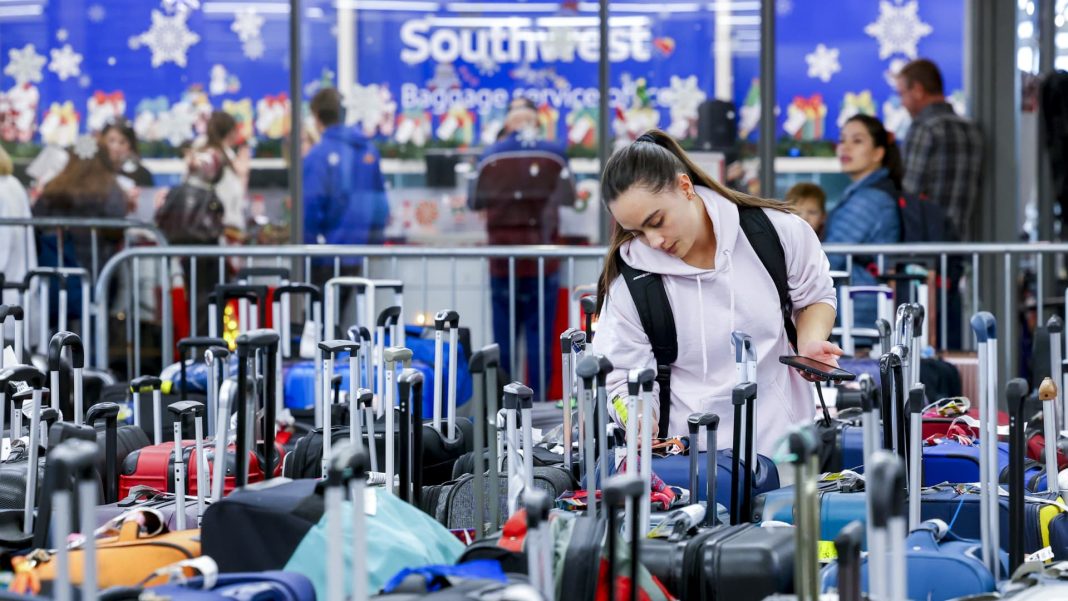 Pristine Floyde searches for a friend’s suitcase in a baggage holding area for Southwest Airlines at Denver International Airport on December 28, 2022 in Denver, Colorado.

Southwest Airlines stabilized its schedule over the weekend after about 16,000 cancellations, but its systemwide holiday meltdown could cost it hundreds of millions of dollars.

Southwest canceled 304 flights since Friday, 2% of its schedule, most of them on Monday when U.S. airlines faced bad weather and ground stops in Florida tied to a Federal Aviation Administration equipment outage. For comparison, from Dec. 21 through Dec. 29 Southwest had scrubbed about 45% of its operation, a far bigger share than other major airlines, according to FlightAware.

Now come two more difficult tasks for Southwest: going through thousands of passenger reimbursement receipts and improving the internal technology that contributed to the meltdown.

“We have plans to invest in tools and technology and processes, but there will be immediate work to understand what lessons are learned here and how we keep this from ever happening again, because it cannot happen again,” Southwest CEO Bob Jordan, who took the helm in February, told staff on Friday.

Bad weather kicked off the issues, impacting flights throughout the U.S. But Southwest crews struggled to get reassigned automatically after all of the changes and were forced to wait on hold for hours with crew scheduling services. Hundreds of thousands of passengers were impacted, and Southwest is still working through a backlog of misplaced luggage.

The carrier had canceled about two-thirds of its flights for much of the last week in an attempt to get crews and planes where they needed to go, before operating close to normally on Friday.

The chaos could cost Southwest between $600 million and $700 million, according to estimates from Bank of America airline stock analyst Andrew Didora on Tuesday. That includes both lost revenue from refunds and the reimbursements to affected passengers, which could include expenses like hotels and rental cars.

Didora cut his fourth-quarter adjusted earnings forecast for Southwest to 37 cents a share from 85 cents.

Transportation Secretary Pete Buttigieg vowed to hold Southwest accountable if it didn’t provide Southwest customers with refunds and reimbursements, though such fines associated with a failure to pay back customers can take months if not years.

Southwest shares were down more than 3% on Tuesday, while rivals were little changed. The Dallas-based airline is scheduled to report results on Jan. 26 but is likely to preview the meltdown’s costs before then.

How to find a travel company that is serious about sustainability

Volume of Chinese travelers to Singapore won't return to pre-Covid levels in 2023: Singapore Tourism Board