Some restaurant workers could see big wage growth in 2023 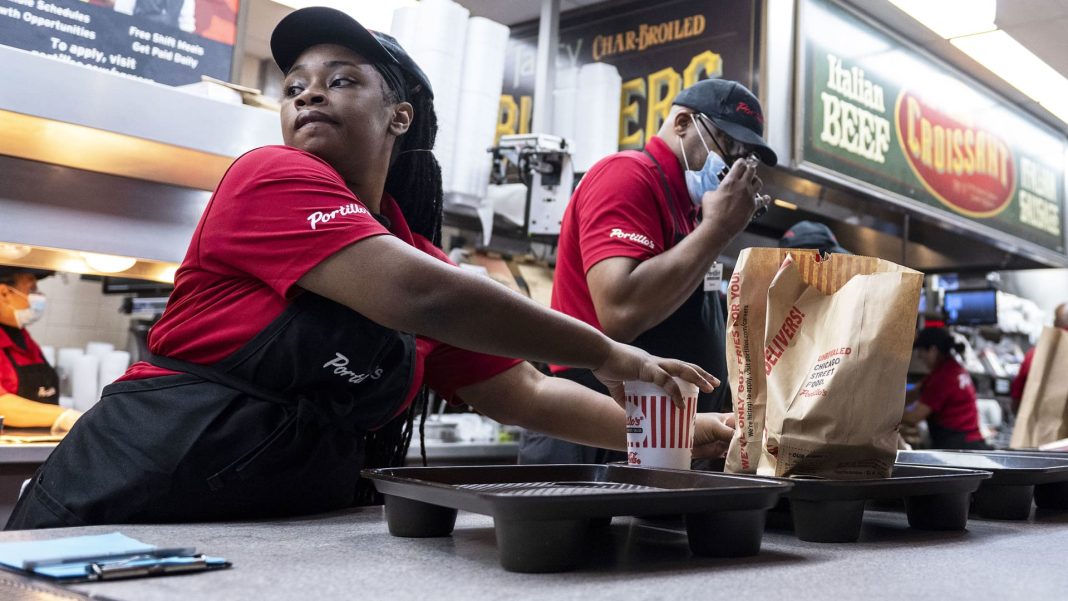 More than half of U.S. states will hike their minimum wage this year, but some restaurant workers could see even bigger gains in 2023.

California’s state minimum wage rose to $15.50 an hour on Jan. 1, but depending on the results of an ongoing court battle, fast-food workers in the state could find themselves earning as much as $22 an hour this year. And industry lobbyists say similar legislation could pass in states like New York and Michigan.

Higher pay has been bars’ and eateries’ primary solution to attracting enough workers to meet demand. The restaurant industry was already struggling with a labor crunch before the pandemic turned the problem into a full-blown crisis.

In recent months, the labor shortage has eased but hasn’t completely disappeared. Employment at eating and drinking places was down 3.9% in November compared with February 2020 when adjusted for seasonality, according to the Bureau of Labor Statistics.

Meanwhile, average hourly wages for the industry have climbed 21% in the same period, reaching a projected $18.99 in November. And while labor costs are hard to cut since restaurants need enough workers to keep up with orders, other costs to keeping a restaurant open, like ingredients and electricity, have also grown more expensive, further eating into operators’ profits.

If California’s government has its way, average hourly pay for restaurant workers could soar in 2023.

Last year, Gov. Gavin Newsom signed a bill into law that creates a 10-person council to govern the wages and working conditions for workers of restaurant chains with more than 100 locations nationwide.

The restaurant industry opposed the law, called the FAST Act, and garnered more than 1 million signatures from California residents to hold a referendum in 2024 aimed at overturning the law. Opponents say that the law circumvents existing labor and franchising regulations and could kill fast-food jobs.

The state tried to forge ahead with its implementation anyway, but a coalition of restaurants sued, and a judge granted an injunction until Jan. 13.

Tia Orr, director of government affairs for the Service Employees International Union’s California division, told CNBC she expects that the battle will end up coming down to the ballot referendum. The SEIU has accused opponents of the law of violating election law by misleading voters to garner enough signatures.

Chains like McDonald’s and Chick-fil-A have been pouring money into opposing the law, according to California records.

“Part of efforts to thwart California from passing the FAST Act is to avoid the risk of FAST Act’s key tenets spreading to other states & municipalities,” Cowen analyst Andrew Charles wrote in a December research note.

Seventeen other U.S. states have Democratic legislatures and governors and could follow California’s lead. So far, however, no states have made meaningful progress toward enacting their own versions.

And it’s unlikely that restaurant workers will see any wage gains on the federal level this year. President Joe Biden has expressed support for a $15-an-hour minimum wage and the elimination of the tipped wage, which allows employers to pay workers as little as $2.13 an hour. If the hourly rate, combined with tips, doesn’t add up to a locality’s pay floor, employers are supposed make up the difference, but labor advocates say that often doesn’t happen. The tipped minimum wage was last raised in 1991.

That’s good news for restaurant operators who are looking for ways to cut down on their labor costs. Out of 3,000 operators surveyed by the National Restaurant Association in November, 89% said that labor costs are “a significant challenge.” Nearly a fifth of respondents said that they are slowing hiring in response to higher costs elsewhere.

Plus, some restaurant employees are taking a more active role in determining their pay by unionizing. Roughly 270 company-owned Starbucks locations have unionized under Workers United, an affiliate of the SEIU, in the last 13 months. Individual stores are negotiating with the coffee giant, trying to bargain for better wages and working conditions.