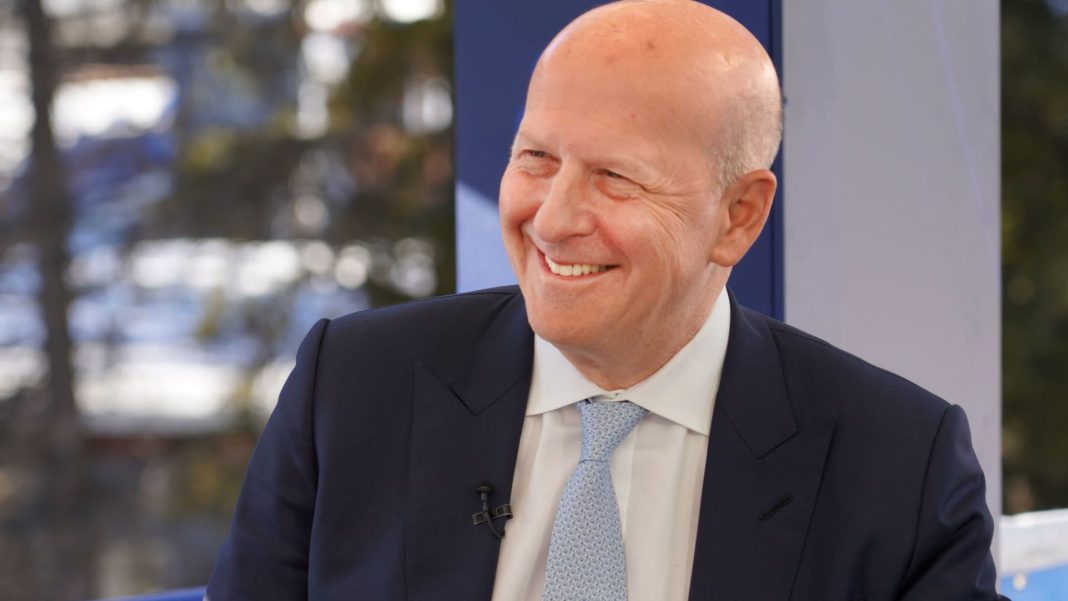 “We obviously had a disappointing quarter and we tried to own that, you know, up front,” Solomon said on CNBC’s “Squawk Box” Wednesday at the World Economic Forum in Davos, Switzerland.

The New York-based investment bank on Tuesday posted its largest earnings miss in a decade as revenue fell and expenses and loan loss provisions came in higher than expected.

Goldman said quarterly profit plunged 66% from a year earlier to $1.33 billion, or $3.32 per share, about 39% below the consensus estimate. That made for the largest EPS miss since October 2011, according to Refinitiv data.

“In the consumer platforms, we did some things right. We didn’t execute on some others,” Solomon said. “We probably took on more than we should have, you know too much, too quickly.”

Building and expanding its consumer banking business has turned out to be more challenging than expected. Goldman last year pivoted away from its previous strategy of building a full-scale digital bank called Marcus. Meanwhile, winning the Apple Card account in 2019 has proven less profitable than Goldman executives expected.

“I think we now have a very good deposits business,” Solomon said. “We’re working on our cards platform and I think the partnership with Apple is going to pay meaningful dividends for the firm.”

Apart from its consumer platforms, Solomon said Goldman’s performance in asset management and lending was solid relative to its peers.

“Our relative asset growth and the performance of core business is actually quite good when you stand it up against peers,” Solomon said. “So we’re raising a lot of money serving clients — growing — that there’s a lot of opportunity for us in the asset management business.”

The bank posted an 11% return on average tangible common shareholders’ equity for 2022. The key profitability metric is well below the 15%-17% returns of Goldman’s medium-term targets.