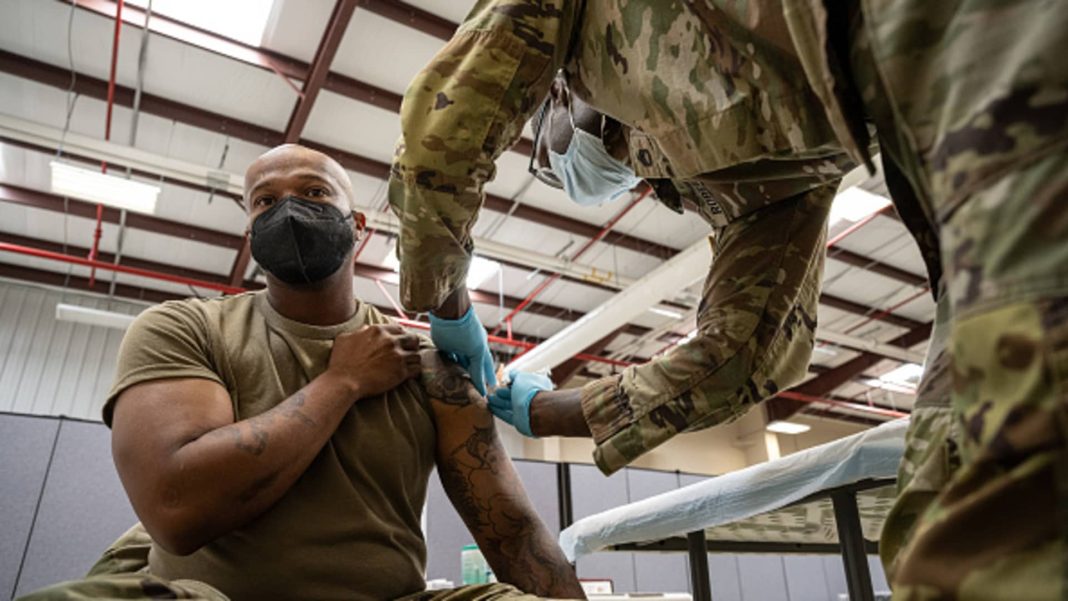 The Senate passed a massive military policy bill Thursday that would direct the Defense Department to lift a Covid vaccination mandate for service members and authorize $858 billion in defense spending.

The National Defense Authorization Act, the annual bill that authorizes Pentagon spending and policies, cleared the Senate in an 83-11 vote. Five Republicans and six Democrats opposed the measure.

The legislation now heads to President Joe Biden’s desk for his signature.

The bipartisan bill would authorize funding for Taiwan and Ukraine and a 4.6% pay increase for troops. It also would do away with the military vaccination mandate, a Republican priority. Democratic leaders allowed the new Covid language to ensure timely passage of the bill.

A GOP-backed amendment that pushed for scrapping the vaccination mandate immediately instead of waiting several weeks failed to meet the 60-vote threshold needed for adoption in the Senate.

A separate amendment, offered by Sen. Joe Manchin, D-W.Va., sought to overhaul the process to authorize energy and infrastructure projects, known as permitting reform, in the authorization bill. It also fell short of the 60-vote threshold.