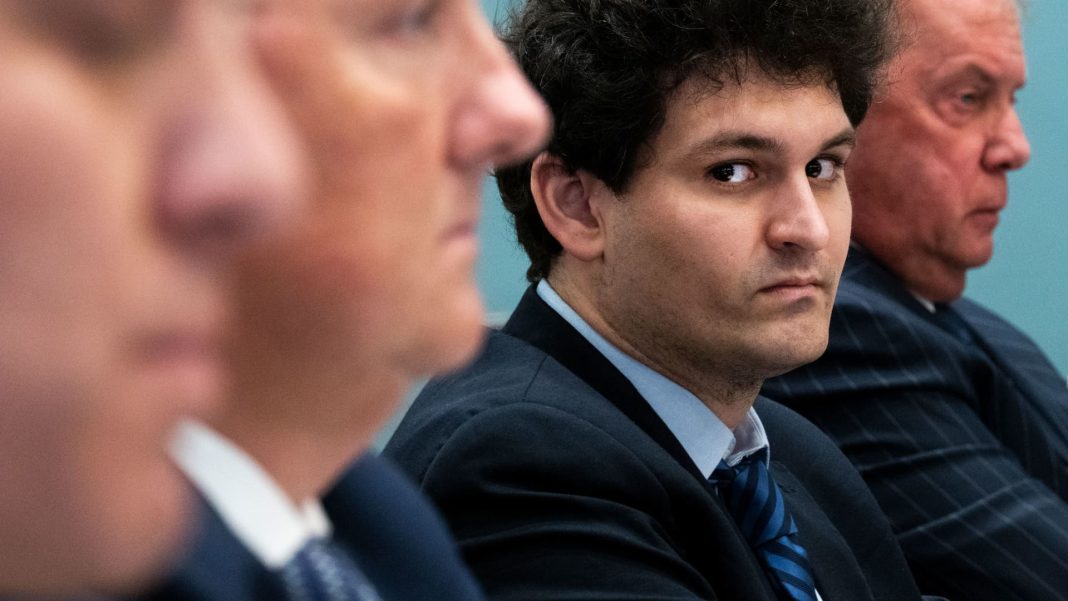 The quant trading firm Sam Bankman-Fried founded was able to quietly use customer funds from his exchange FTX in a way that flew under the radar of investors, employees and auditors in the process, according to a source.

The way they did it was by using billions from FTX users without their knowledge, says the source.

Alameda Research, the fund started by Bankman-Fried, borrowed billions in customer funds from its founder’s exchange, FTX, according to a source familiar with company operations, who asked not to be named because the details were confidential.

The crypto exchange drastically underestimated the amount FTX needed to keep on hand if someone wanted to cash out, according to the source. Trading platforms are required by their regulators to hold enough money to match what customers deposit. They need the same cushion, if not more, in the event that a user borrows money to make a trade. According to the source, FTX did not have nearly enough on hand.

Its biggest customer, according to a source, was the hedge fund Alameda. The fund was partially able to cover up this activity because the assets it was trading never touched its own balance sheet. Instead of holding any money, it was borrowing billions from FTX users, then trading it, the source said.

None of this was disclosed to customers, to CNBC’s knowledge. In general, mixing customer funds with counterparties and trading them without explicit consent, according to U.S. securities law, is illegal. It also violates FTX’s terms of service. Sam Bankman-Fried declined to comment on allegations of misappropriating customer funds, but did say its recent bankruptcy filing was a result of issues with a leveraged trading position.

Read more about tech and crypto from CNBC Pro

In making some of these leveraged trades, the quant fund was using a cryptocurrency created by the exchange called FTT as collateral. In a lending agreement, collateral is typically the borrower’s pledge to secure repayment. It’s often dollars, or something else of value — like real estate. In this case, a source said Alameda was borrowing from FTX, and using the exchange’s in-house cryptocurrency, FTT token, to back those loans. The price of the FTT token nosedived 75% in a day, making the collateral insufficient to cover the trade.

In the past week, FTX has crashed from a $32 billion cryptocurrency powerhouse, into bankruptcy. The blurred lines between FTX and Alameda Research resulted in a massive liquidity crisis for both companies. Bankman-Fried stepped down as CEO of FTX and said Alameda Research is shutting down. The company has since said it’s removing trading and withdrawals, and moving digital assets offline after a suspected $477 million hack.

When asked about the blurred lines between his companies in August, Bankman-Fried denied any conflict of interest and said FTX was a “neutral piece of market infrastructure.”

“I put a lot of work over the last few years into trying to eliminate conflicts of interest there,” 30-year-old Bankman-Fried told CNBC in an interview. “I don’t run Alameda anymore. I don’t work for it, none of FTX does. We have separate staffs — we don’t want to have preferential treatment. We want as best as we can, to treat everyone fairly.”

Part of the issue, according to the same source, was FTX’s web of complicated leverage and margin trading. Its “spot margin” trading feature let users borrow from other customers on the platform. For example, if a customer deposited one bitcoin they could lend it to another user and earn yield on it.

But every time an asset was borrowed, FTX subtracted the borrowed assets from what it needed to keep in its wallets to match customer deposits, a source says. In a typical situation, an exchange’s wallets need to match what customers deposit. But because of this practice, assets were not backed one-to-one and the company was underestimating the amount they owed customers.

The trading firm Alameda was also able to take advantage of this spot margin feature. A source says Alameda was able to borrow customer funds, essentially for free.

The source explained that Alameda could post the FTT tokens it held as collateral and borrow customer funds. Even if FTX created more FTT tokens, it would not drive down the coin’s value because these coins never made it onto the open market. As a result, these tokens held their market value, allowing Alameda to borrow against them – essentially receiving free money to trade with.

FTX had been able to sustain this pattern as long as it maintained the price of FTT and there was not a flood of customer withdrawals on the exchange. In the week leading up to the bankruptcy filing, FTX did not have enough assets to match customer withdrawals, the source said.

Outside auditors likely missed this discrepancy because customer assets are an off balance sheet item, and therefore, would not be reported on FTX’s financial statements, the source said.

That all crumbled last week.

CoinDesk reported that the majority of Alameda’s balance sheet consisted of FTT tokens, shaking the confidence of consumers and investors. Changpeng Zhao (CZ), the CEO of one of its largest rivals, Binance, publicly threatened to sell his FTT tokens on the open market, crashing the price of FTT.

This chain of events sparked a run on the exchange, with customers withdrawing roughly $5 billion before FTX paused withdrawals. When customers went to pull their money out, FTX didn’t have the funds, sources say.

‘No one saw this coming’

Former employees also told CNBC that the financial information they had access to about the company was inaccurate as a result of these accounting methods. CNBC reviewed a screenshot of FTX’s financial data that a source said was taken last week. Although the company was insolvent at the time, a former employee says the data incorrectly suggested that even if all customers were to withdraw their funds, FTX would still have more than a billion dollars left over.

Three sources familiar with the company told CNBC that they were blindsided by the company’s actions and that, to their knowledge, only a small cohort knew that customer deposits were being misused. Employees said in some cases, their life savings are tied up on FTX.

“We’re just shocked and devastated,” a current FTX employee said. “I feel like I’m in a movie that’s playing out in real time. No one saw this coming.”

As a result of the public backlash FTX has faced over these missing funds, employees who say they were just as devastated as customers are now facing financial hardship, harassment surrounding their involvement with the company, and tarnished future employment prospects.

“We could not believe how we were being betrayed,” a former employee said.