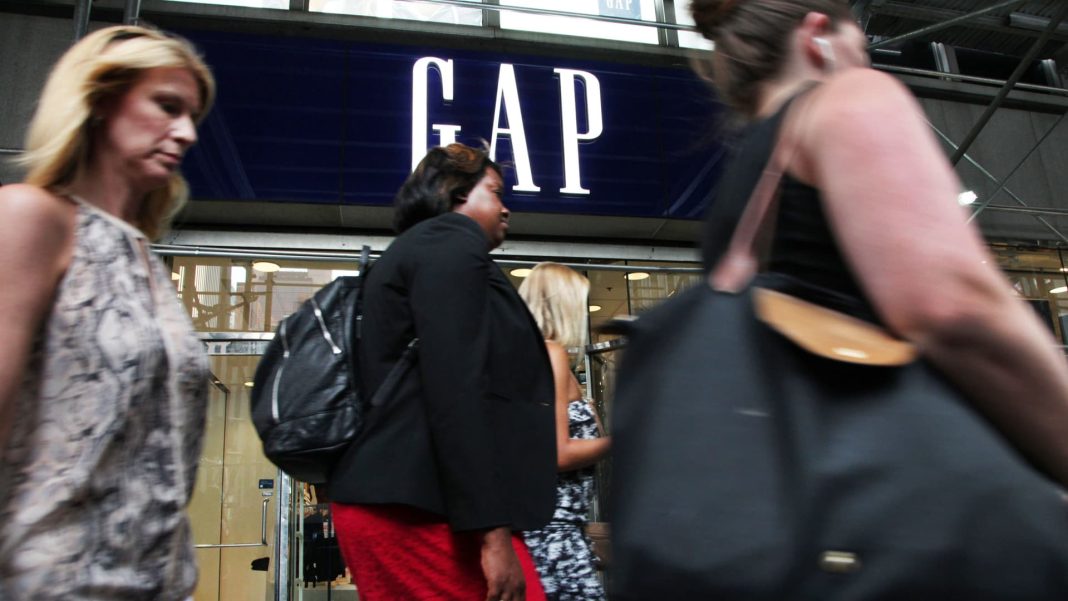 Pedestrians pass in front of a GAP store in New York.

Ross Stores — Ross Stores jumped 10% after a quarterly beat on earnings and revenue. The company was also named by Credit Suisse as its top pick in the off-price retail sector. Analyst Michael Binetti boosted his price target to $123 from $99. On Thursday, Ross Stores reported third-quarter earnings-per-share of $1.00, versus a Refinitiv estimate of 81 cents.

The retail earnings meltdown may be suspended for the holidays

Carvana — Carvana dropped 6% after an internal message obtained by CNBC’s Scott Wapner said the company plans to lay off about 1,500 employees, or 8% of its workforce.

Rent the Runway — Shares of Rent the Runway dropped 12% after Morgan Stanley downgraded shares of the online apparel reseller to equal weight from overweight. The firm said Rent the Runway is proving to be a “more volatile” business than originally expected, pointing to a challenging path to profitability ahead.

Farfetch — The stock dropped 17% after Farfetch missed expectations on the top and bottom lines in its most recent quarter, according to consensus estimates on FactSet.

Palo Alto Networks — The tech stock jumped nearly 8% after Palo Alto reported a beat on the top and bottom lines in its most recent quarter, according to consensus estimates from Refinitiv. Palo Alto raised its guidance slightly.

Coinbase — Shares dropped more than 8% after Bank of America downgraded Coinbase to neutral from buy, saying that the FTX debacle raises “contagion risk” for the crypto exchange platform, even if it is not another FTX.

Gap — The retail stock jumped more than 4% after Gap reported a revenue beat in its most recent quarter, even as it issued a cautious outlook ahead of the holiday season.

RH — Shares fell more than 5% after Wedbush downgraded RH to neutral from outperform, saying that there is evidence of a course correction in its luxury strategy.

Williams-Sonoma — Shares dropped nearly 7% after Williams-Sonoma declined to reaffirm or update its guidance through fiscal year 2024.. The seller of kitchenware and other household furnishings did beat expectations on the top and bottom lines in its latest quarter, according to consensus estimates from Refinitiv.