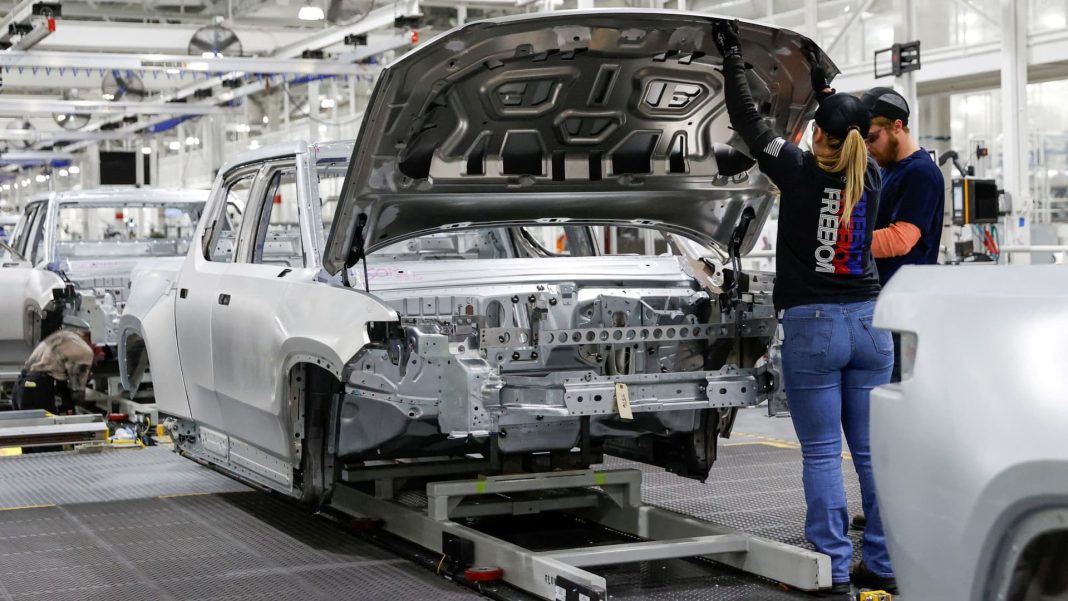 Shares of Rivian Automotive hit a new 52-week low on Wednesday after the company missed its 25,000-unit production target for last year.

The EV startup late Tuesday said it produced 24,337 vehicles in 2022, including 10,020 in the fourth quarter. Of those, 20,332 vehicles were delivered to customers during the year, including more than 8,000 from October through December.

The missed target caps off a difficult year for the company as well as Rivian investors. Shares of the automaker declined by more than 80% during 2022 amid production, parts and supply chain problems.

Rivian said during its IPO roadshow in 2021 that it expected to build 50,000 vehicles last year. But it cut that guidance by half in March due to production and global supply chain issues.

Shares of Rivian have fallen more than 80% in the last 12 months.