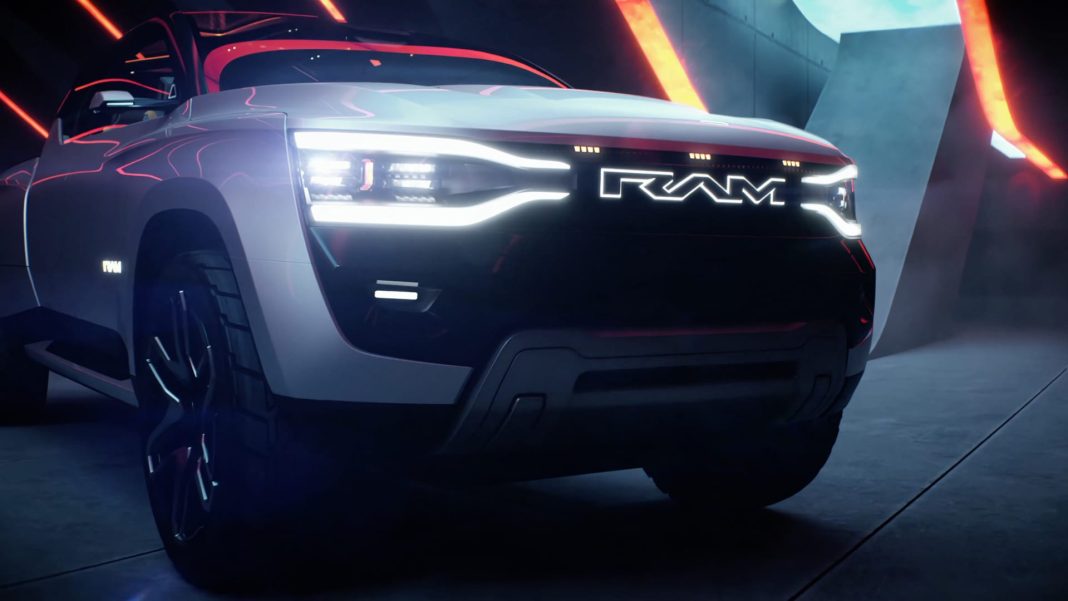 Ram Truck previewed its upcoming electric pickup Thursday at the CES technology show, as the automaker plans its entrance into the emerging segment next year to compete with Detroit rivals as well as Rivian and, potentially, Tesla.

The Stellantis truck brand revealed the Ram 1500 Revolution BEV concept ahead of a production model that’s expected to be unveiled in the coming months. While the truck shares a name with Ram’s current full-size pickup, it’s a new vehicle from the ground up featuring the company’s new dedicated electric architecture.

Its exterior design is noticeably a “RAM” with illuminated badging and new lighting patterns, but the interior of the vehicle features a more modern, clean and tech-centric design than current Ram pickups. The interior features few physical buttons, with a 28-inch touchscreen housing most of the controls, and a glass roof.

“This is a vision, or a glimpse, into the future of Ram Trucks,” Ram CEO Mike Koval Jr. told CNBC. “Honestly, from my perspective, as head of the brand, it is our roadmap on what customers can expect from Ram in the future.”

Stellantis did not release range or performance specifications of the concept vehicle. It did detail a list of potential features such as a “Shadow Mode” where the vehicle could follow the driver at a safe distance; an in-vehicle artificial intelligence personal assistant; and a retractable steering wheel for self-driving capabilities.

The electric Ram truck is expected to enter an increasingly crowded segment of electric pickups that already includes the GMC Hummer EV, Ford F-150 Lightning, Lordstown Endurance and smaller Rivian R1T. Other products expected by next year include the Chevrolet Silverado EV, GMC Sierra EV and the long-delayed Tesla Cybertruck.

Koval said Ram isn’t worried about being late to the segment.

“When we come to market for 2024, it will be at the intersection when demand and the market and the infrastructure are ready,” he said. “We don’t for a second think we’re ‘late,’ so to speak. We think we’re going to be hitting the market at the exact right time.”

Stellantis appears to have no plans to end production of its gas- or diesel-powered pickup trucks anytime soon. Koval said EV adoption will not occur overnight and has already been slower than some expected.

Thus far, the most successful of the electric trucks has been Ford’s F-150 Lightning. Both the Rivian R1T and $110,000 Hummer EV pickup have been slow to ramp up production, while Lordstown just started delivering vehicles to commercial customers.

The design of the concept electric Ram pickup appears to be more of a lifestyle pickup rather than a traditional work truck, but executives said the production vehicle will serve both purposes.

Koval highlighted a midgate, which can open to connect the bed to the cabin, and a bed extender that will allow owners to haul an 18-foot piece of lumber in the vehicle.

“The TRX (a performance version of the Ram 1500) has that in spades,” Gilles told CNBC. “It’s tough as nails but somehow is still beautiful and attractive. We wanted this truck to have that same presence but be aiming toward the future.”