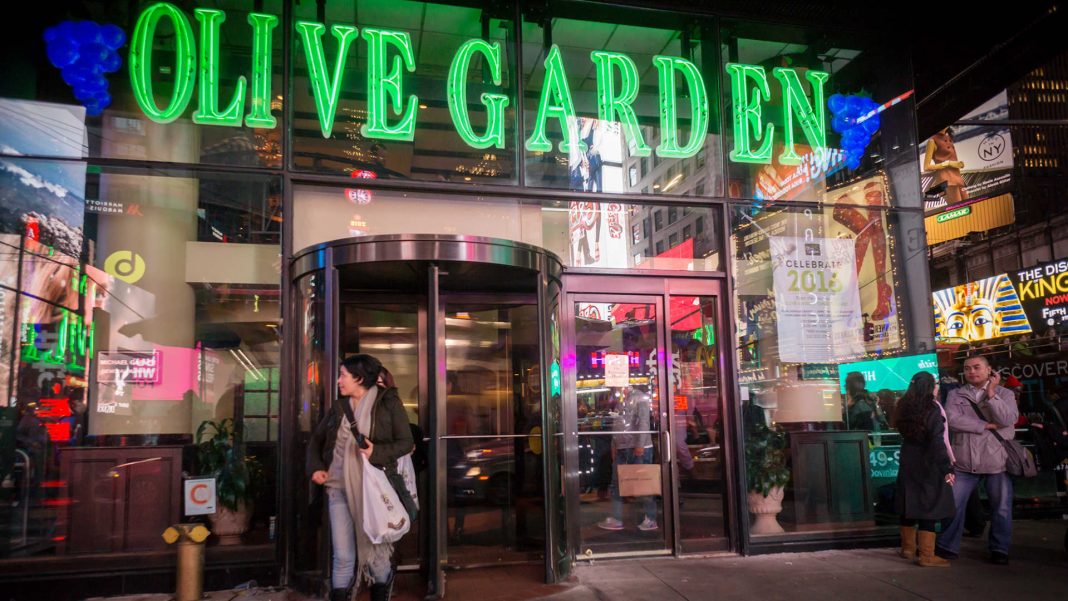 An Olive Garden restaurant in Times Square in New York

Darden Restaurants on Friday reported quarterly earnings and revenue that beat Wall Street’s expectations, as consumers continued to eat out despite pressure from inflation.

Here’s what the company reported for the fiscal second quarter ended Nov. 27, compared with what Wall Street was expecting, based on a survey of analysts by Refinitiv:

CEO Rick Cardenas said in the company’s earnings release he’s pleased with the company’s results this quarter and said all of their brands “performed at a high level,” saying that the company “surpassed $10 billion in sales on a trailing 52-week basis for the first time in Darden’s history.”

Olive Garden, which accounts for nearly half of Darden’s revenue, saw same-store sales increase 7.6%, while overall same-store sales rose 7.3% for the company. The company saw a similar increase of 7.3% for LongHorn Steakhouse, its second biggest brand.

Darden also said it had 1,887 locations open as of the end of the quarter, compared with 1,852 last year.

This is a developing story. Check back for updates.