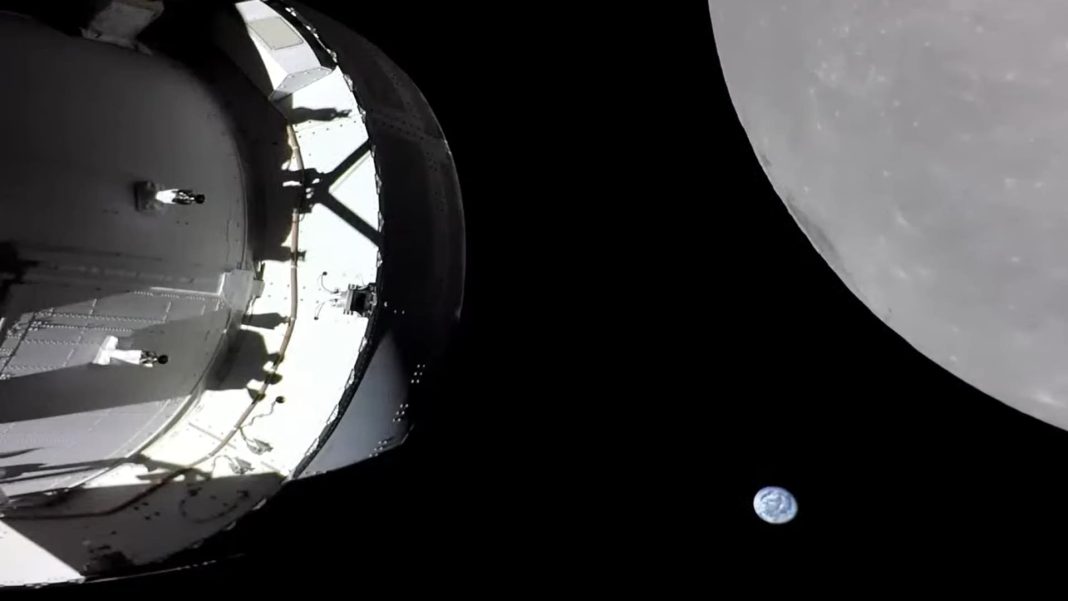 NASA’s Orion spacecraft approaches the moon, with Earth visible in the background, on Nov. 21, 2022.

NASA’s Orion spacecraft made its closest approach to the moon on Monday morning during day five of the Artemis 1 mission.

The uncrewed capsule flew about 81 miles above the lunar surface, the agency said.

Artemis I launched from Florida on Wednesday, with NASA’s most powerful rocket ever – the Space Launch System (SLS) – successfully carrying Orion into space. While no astronauts are onboard, the nearly month-long journey around the moon is a critical demonstration for NASA’s lunar program.

Orion will use the moon’s gravity to assist it in setting a trajectory back to Earth. Over the course of the mission, Orion is expected to travel about 1.3 million miles.

The mission represents a crucial inflection point in NASA’s moon plans, with the program delayed for years and running billions of dollars over budget. The Artemis program represents a series of missions with escalating goals. The third – tentatively scheduled for 2025 – is expected to return astronauts to the lunar surface for the first time since the Apollo era.