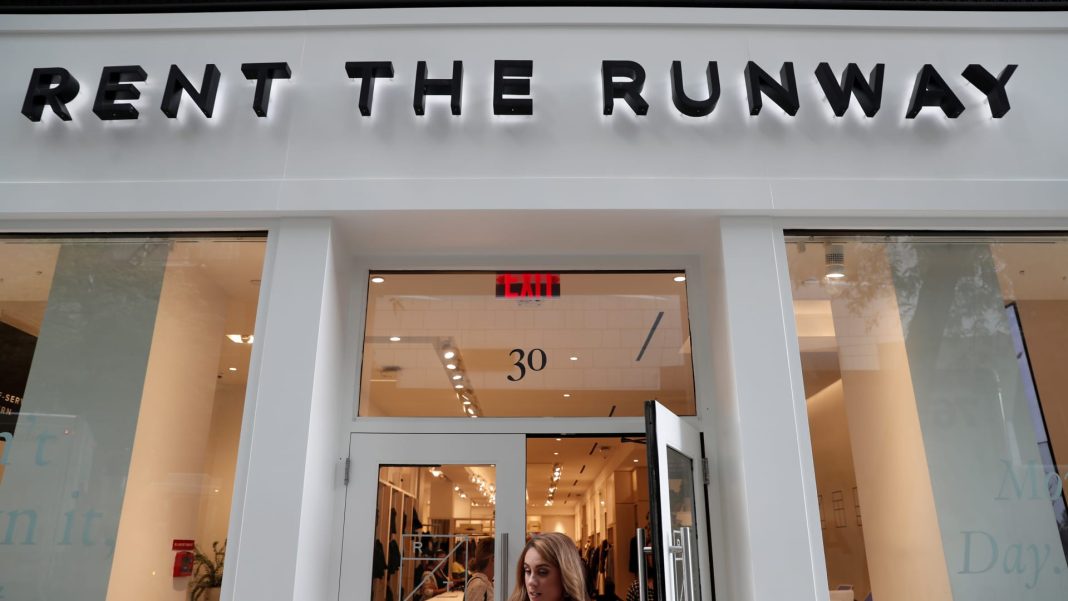 
Rent the Runway is a “show-me story” for now, according to Morgan Stanley. Analyst Lauren Schenk downgraded shares to equal weight from overweight, and slashed her price target, citing data that points to a more challenging path ahead for the online retailer. “Recent data suggests a meaningful October slowdown and a 3Q sub miss after an encouraging September,” Schenk wrote in a Friday note. “RENT’s business has proven to be more volatile than we originally anticipated, which could lead it to take longer to reach the 300k sub base needed to achieve profitability.” The analyst cited a “concerning reversal” in recent data that led her to cut her estimates for subscriber adds in the third quarter. According to the note, online traffic for Rent the Runway dropped to 7% year-over-year growth in October, down from 45% year-over-year growth in September. “We don’t have a definitive explanation as to why October has slowed, though it is consistent with the rest of eCommerce/retail commentary around consumer spending pullback,” Schenk wrote. “What is clear, though, is the business is more volatile and seasonal than we had expected with two straight quarters of significant monthly swings,” she added. Shares of Rent the Runway have come under pressure since its initial public offering in October 2021 . The online retailer has been hit hard by the pandemic, which has forced it to cut costs. This year, the stock is down 82%. More recently, the company said in September that it’s laying off 24% of its corporate workforce as it deals with an uncertain macro backdrop. Still, the analyst said she was bullish on the business’s long-term opportunity, though it may take longer to reach profitability than the analyst was expecting. The analyst cut her price target to $2.50 from $10. It’s roughly 74% above Thursday’s closing price of $1.44. Shares of Rent the Runway were up 4.9% in Friday premarket trading. —CNBC’s Michael Bloom contributed to this report.