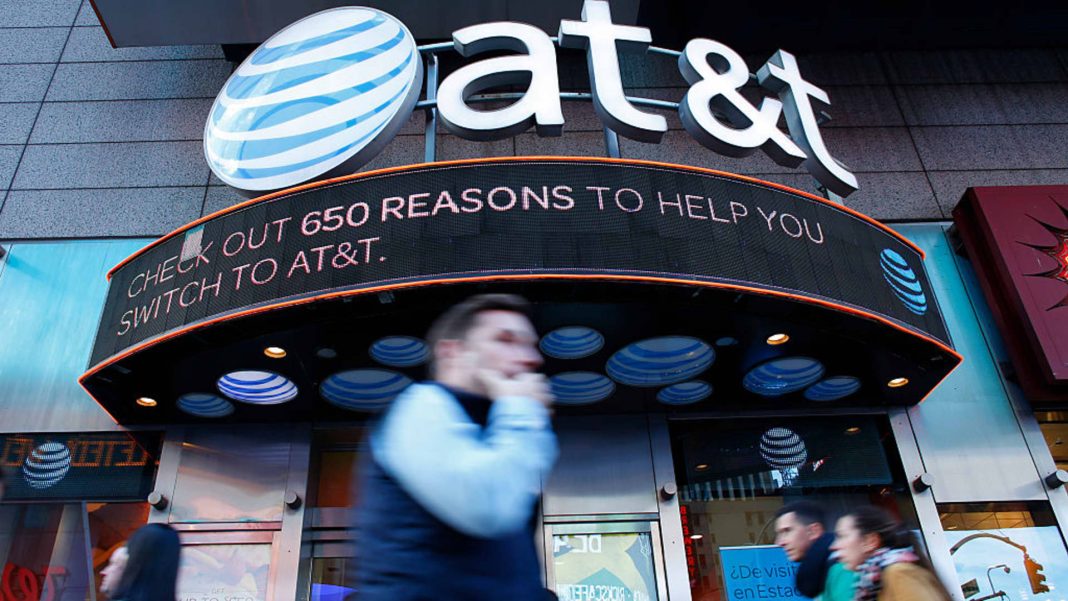 
There’s trouble ahead for AT & T as it competes with Verizon , according to MoffettNathanson. Analyst Craig Moffett downgraded AT & T to underperform from market perform, saying it’s time to sell the stock ahead of 2023 after its outperformance this year. Shares of AT & T are down just 0.5% in 2022, compared to the S & P 500’s roughly 19% decline. “Over the period of AT & T’s sharp bounce, free cash flow expectations for the company have only worsened,” Moffett wrote. “And while we expect them to provide guidance suggesting that FCF will rise YoY in 2023, we’re skeptical about whether it actually will.” AT & T handily outpaced the broader market this year, as well as shares of competitor Verizon, which are down more than 28% year to date, as the latter doled out steep promotions to retain customers. These include generous trade-in promotions during the holiday season. Unfortunately, the heavy stream of promotions from Verizon are starting to weigh on AT & T, according to the analyst. The analyst’s $17 price target on AT & T represents downside of about 8%. Shares of AT & T were down slightly in Monday premarket trading. “The problem with this, of course, is that as Verizon starts to behave more like AT & T, their churn will go down, and in doing so, the gross addition pool available to AT & T will shrink… forcing AT & T to up the ante lest they begin to fall behind,” Moffett wrote. “All this suggests a challenging path forward for both Verizon and AT & T in 2023. But with the relative valuations now flipped, it is AT & T that appears overvalued going into the year, and Verizon that appears somewhat undervalued,” Moffett added. Separately, the analyst upgraded shares of Verizon to market perform from underperform. The analyst reiterated a $41 price target, which is 10.45% above where shares closed Friday. —CNBC’s Michael Bloom contributed to this report.