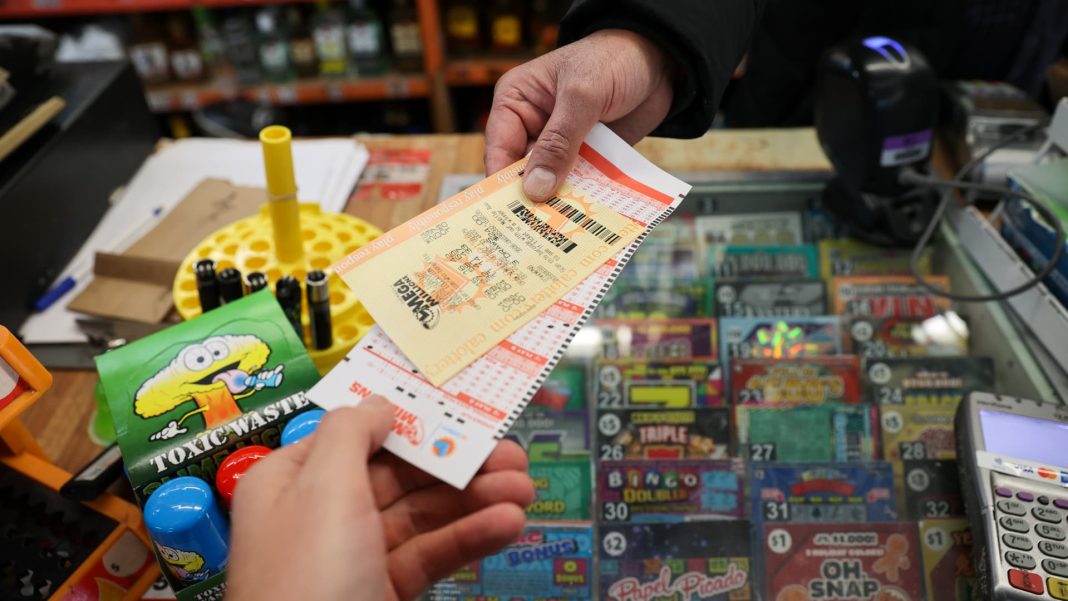 Of course, the advertised amount is only what you’d get if you were to choose to take your winnings as an annuity spread over three decades. The lump-sum cash option — which most winners choose — for this jackpot is $403.8 million, as of midday Tuesday.

Regardless of how you’d decide to receive your windfall, taxes would take a bite out of it.

$96.9 million in taxes would be shaved off cash option

Assuming you’re like most winners and were to choose the cash option, a mandatory 24% federal tax withholding would reduce the $403.8 million by $96.9 million. That would cut your take to $306.9 million.

However, you could expect to owe more to the IRS at tax time. The top federal income tax rate is 37% and applies to income above $578,125 for individual tax filers and $693,750 for married couples who file a joint tax return.

This means that unless you were able to reduce your taxable income by, say, making large tax-deductible charitable contributions, you would owe another 13% — or about $52.5 million — at tax time. That would bring your winnings down to $254.4 million.

There also could be state or local taxes depending on where the ticket was purchased and where you live. Those levies range from zero to more than 10%.

Most Mega Millions players, though, won’t have to worry about paying millions of dollars to the IRS or state coffers: The odds of a single ticket matching all six numbers to land the jackpot is about 1 in 302.6 million.

Meanwhile, the Powerball jackpot is $291 million (with a cash option of $147.9 million) for Wednesday night’s drawing. The chance of hitting the motherlode in that game is slightly better: 1 in 292 million.