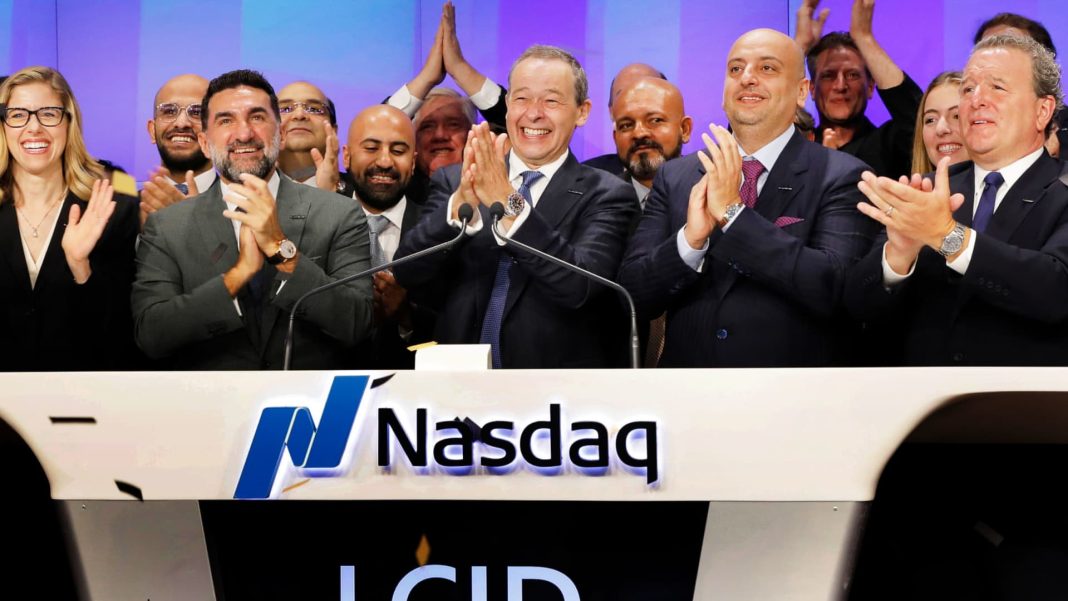 Electric vehicle maker Lucid Group said Monday that it has completed a planned $1.5 billion equity offering. The company first announced the offering in November, when it reported its third-quarter results.

Lucid raised the majority of that cash, about $915 million, via a private sale of nearly 86 million shares to an affiliate of its largest investor, Saudi Arabia’s Public Investment Fund. The remaining $600 million was raised via a traditional secondary stock offering, in which Lucid sold an additional 56 million shares.

The funding round was structured to keep the Saudi public wealth fund’s stake in Lucid at its previous level, about 62%.

Lucid plans to use the proceeds to “further strengthen its balance sheet and liquidity position,” the company said in a statement.

Lucid had about $3.85 billion in cash as of September 30, its most recent report.