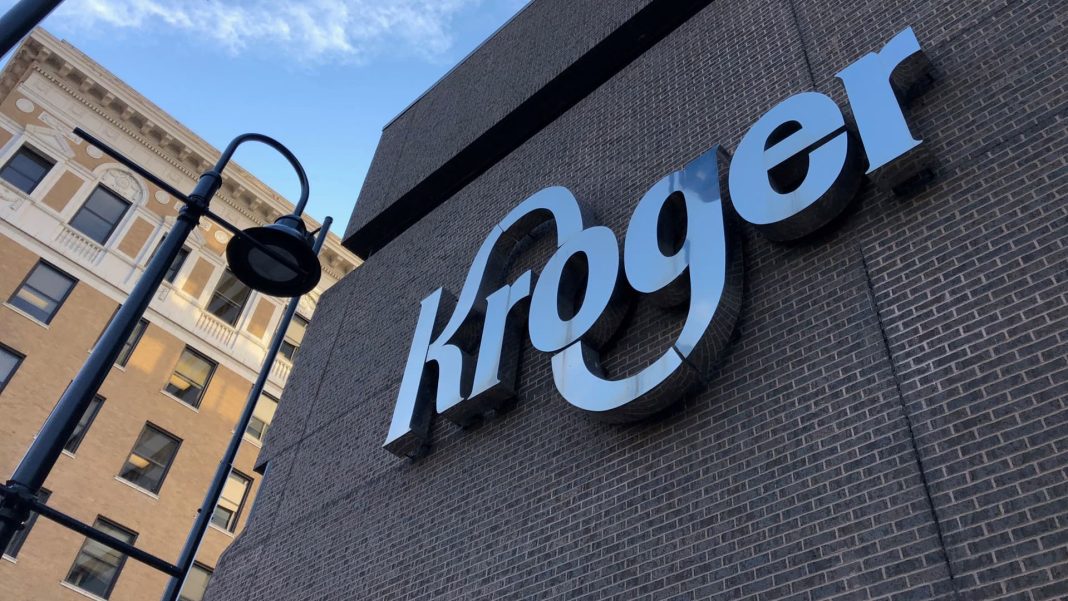 The Kroger supermarket chain’s headquarters is shown in Cincinnati, Ohio.

Kroger on Thursday raised its forecast for the year after its third-quarter earnings topped Wall Street expectations, with inflation continuing to push up the prices that shoppers pay for groceries like milk, eggs and other items.

The supermarket operator now anticipates adjusted net earnings to range from $4.05 to $4.15. It had previously expected between $3.95 and $4.05.

What investors are watching when Salesforce reports 3Q results on Wednesday

Shares rose about 3% in premarket trading.

Identical sales grew by 6.9%, excluding fuel. The industry-specific metric includes sales at supermarkets that have been operating continuously for at least 15 months.

The supermarket operator now expects the metric to climb by 5.1% to 5.3% for the year. It previously forecast growth of 4% to 4.5%.

Kroger announced in October that it plans buy its competitor, Albertsons, in a deal valued at $24.6 billion. The acquisition, if approved, would combine the second and fourth largest grocers in the country by revenue, according to data from Numerator, a market researcher.

Kroger has faced pushback on the deal from elected officials and even its own employees, who have said it will hurt competition. Earlier this week, CEO Rodney McMullen testified before senators who oppose the merger at a congressional hearing. He argued the combined company would lower food prices and improve the experience for customers, as Kroger competes with grocery giant Walmart and newer industry players like Amazon.