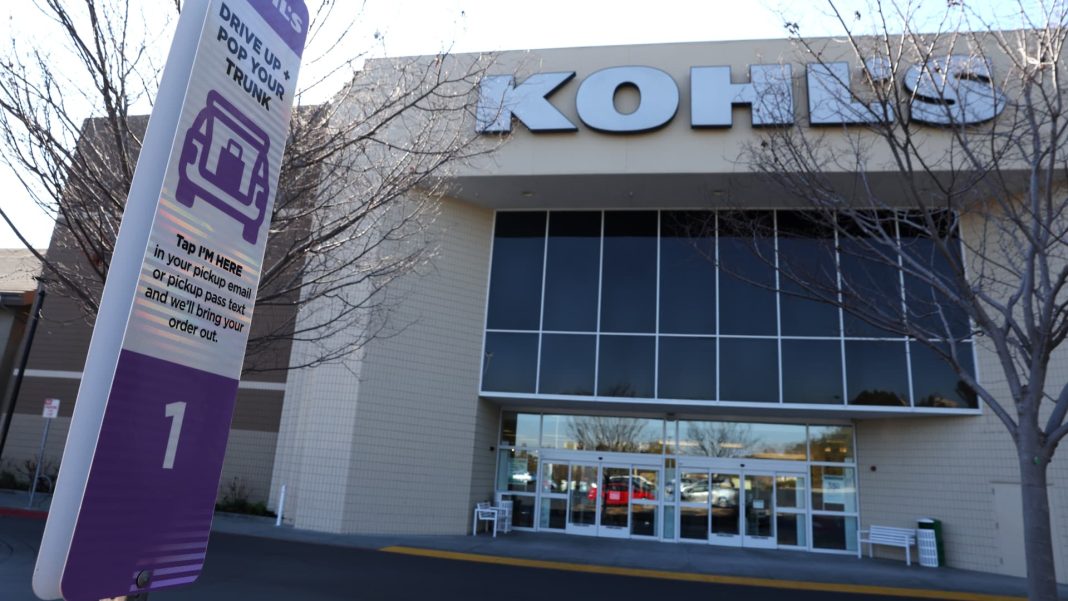 
Kohl’s on Thursday withdrew its full-year outlook, pointing to volatility in the retail environment and significant macroeconomic headwinds, on top of its “unexpected CEO transition.”

Kohl’s also reported third-quarter earnings on Thursday, with revenue dropping 7% to $4.28 billion. The company warned investors of this decline in revenue earlier this month when it provided preliminary results for the quarter. Kohl’s also said it would not provide guidance for the holiday shopping quarter.

A slowdown in sales in late October, which continued into early November, caused the company to rethink its guidance going into the fourth quarter, company executives said on a call with investors Thursday. Target and Macy’s also said this week they experienced similar sales slowdowns during that late October-early November period.

“It was the prudent thing to do given the recent unpredictable trends in our business,” CFO Jill Timm said Thursday. “In recent weeks the environment has become more unpredictable to forecast.”

Shares of the company closed more than 5% higher on Thursday.

Last year, consumers began holiday shopping early out of fear that store shelves would be bare amid supply chain issues. The opposite is happening this holiday season, which Kohl’s executives say will be highly promotional.

“Visibility for the fourth quarter has been as difficult as any period I can remember,” Peter Boneparth, the independent board chair, said on Thursday’s call.

Middle income consumers, Kohl’s core customer base, have been particularly squeezed by inflation and macroeconomic headwinds, buying fewer items and opting for less expensive brands. However, Kohl’s has seen growth in both its lower income and higher income customers, Timm said Thursday.

Kohl’s has been under pressure from activist investors as its sales have dropped and its stock has slumped. Over the summer, Kohl’s ended talks to sell its business to The Vitamin Shoppe owner Franchise Group, blaming the tough retail environment that worsened since the beginning of the bidding process.

Activists Ancora Holdings and Macellum Advisors have also pushed for change at the leadership level.

Earlier this month, Kohl’s said Chief Executive Michelle Gass would leave in December. She will join Levi Strauss to be its CEO in waiting. Gass will hand over the role of CEO to Tom Kingsbury, a Kohl’s board member, will serve as interim chief executive beginning Dec. 2, while the retailer searches for a permanent leader. Ancora applauded Kingsbury’s appointment earlier in November.

On Thursday, Boneparth said the company is searching for a new CEO that would be “fully aligned” with Kohl’s current strategy, and would drive sales and earnings.

“We’re not looking for a CEO who’s coming in to change the strategy we embarked on,” Boneparth said.

A bright spot has been stores with Sephora locations, the result of a deal Kohl’s struck with the beauty products retailer in 2020, which executives said Thursday has been driving sales.

Kohl’s has said in recent quarters that inflation has burdened its middle-class customers, causing shoppers to visit the store less, and spend less, either buying fewer items or less expensive brands.

Kohl’s pulled its guidance after cutting its forecasts in August, when it reported second-quarter earnings.

The company said it increased its debt load during the quarter, and had a balance of $668 million on its revolving loan at the end of the quarter. Timm said Thursday the company expects to fully pay down this debt in early December as holiday sales come in.

Kohl’s aims to keep its investment grade rating, Timm said, and keep its leverage down. The company also plans to pay down its bonds, totaling $275 million, in 2023.

Kohl’s paid $57 million in dividends during the quarter, and will pay another dividend to shareholders in December.