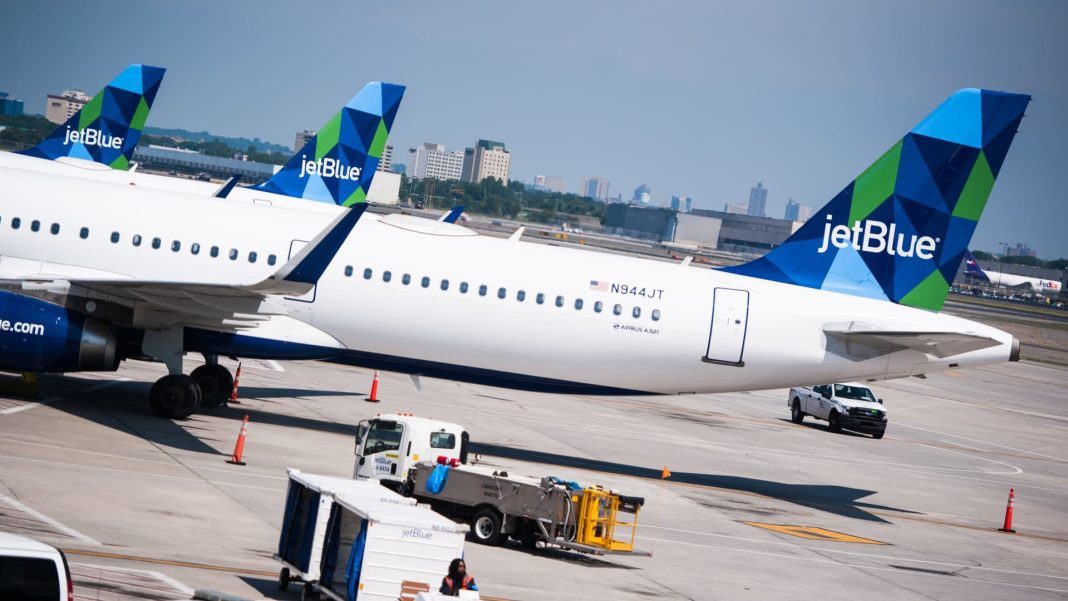 JetBlue Airways plans to launch flights from New York to Paris next summer, a trans-Atlantic expansion it argues will bring down prices on routes dominated by large carriers.

Tickets will go on sale “in the coming months” for flights between its hub at New York’s John F. Kennedy International Airport and Paris’ Charles de Gaulle Airport, JetBlue said Wednesday. It plans to add flights from Boston to Paris later.

JetBlue began flights to London from New York in summer 2021, more than two years after it first announced its plans. It later added service from its Boston hub. The carrier had said it would announce a second destination across the Atlantic Ocean this year.

“JetBlue is offering something completely unique to what you get from the big global legacy airlines on these routes,” CEO Robin Hayes said in a company announcement, referring to large carriers like Delta Air Lines, its partner Air France, and others like United Airlines and American Airlines, which is also in an alliance with JetBlue in the Northeast U.S.

JetBlue plans to use Airbus A321LR planes on the routes, a long-range version of the narrow-body jetliners.

The New York-based airline also has a deal to acquire Spirit Airlines, which regulators haven’t yet approved.