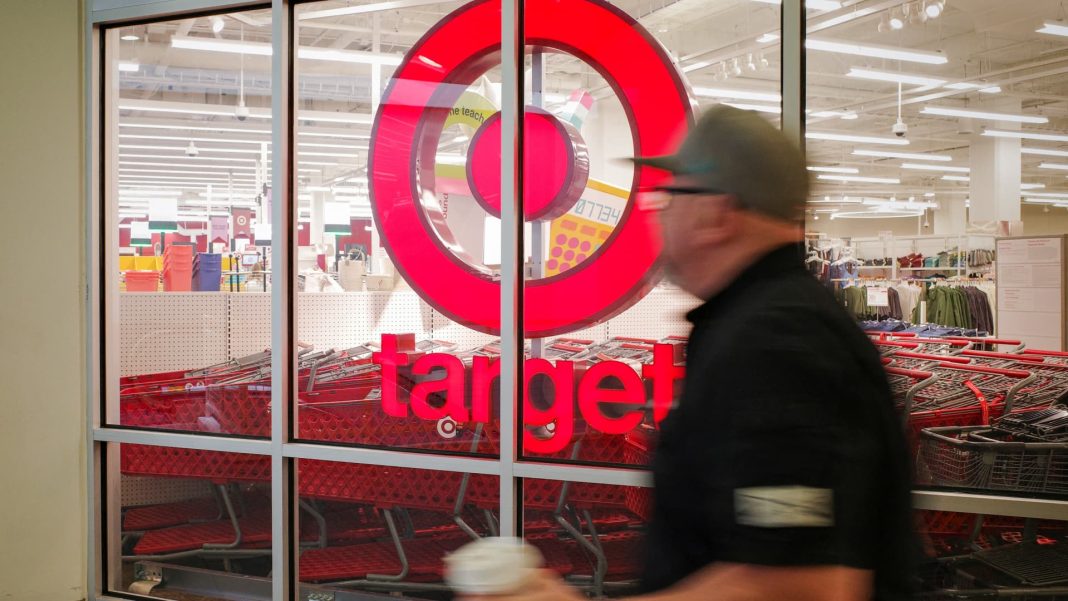 
Facing the fastest inflation in two generations, bloated inventories, higher interest rates and a slower economy in 2023, the leading concern going into the crucial 2022 holiday season is how retail sales are going to hold up. The evidence to date has been spotty. Target last week reported a 50% decline in fiscal third-quarter profit, missing analyst estimates. Kohl’s CEO is stepping down , and the Wisconsin chain said sales are declining and withdrew its financial forecasts. Advance Auto Parts shares tumbled 15% on Nov. 16, a day after the company posted disappointing earnings. But what if investors now face another risk from retail stocks? What if the dividend income they thought was reliable turns out instead to be unpredictable? As a thought exercise, CNBC Pro looked inside the SPDR S & P Retail ETF , which contains 97 stocks, and screened for the highest dividend yields, limiting our search to retailers with a market value of at least $1 billion. We also looked at the percentage of Wall Street analysts who rate each stock a buy, how far each would have to rise or fall to meet the average analyst price target, and screened only for those that are covered by at least seven analysts. The problem for investors hoping for income — or at least hoping to be paid to wait until business improves — is that unusually high yields are often a red flag, suggesting that payouts might be unsustainable and at risk of being cut. While the dividend yield on the entire S & P 500 stands at just 1.61%, the trailing 12-month yield on the retail ETF (XRT) is 2.77%, according to FactSet. Here’s a screen of high-yielding retail stocks, based on last Friday’s close: Kohl’s, under pressure from activist investors and its shares down 35% in 2022, now yields 6.2%. American Eagle Outfitters, whose shares have slumped nearly 40% this year, yields 4.7%. Best Buy shares are lower by more than 20% this year, leaving its yield at 4.4%. Old Navy-parent Gap today yields 4.1%. The owner of Banana Republic halved its dividend in the summer of 2021, then raised the payout 25% last spring, but the dividend is still about 40% below what it was. Advance Auto Parts and Target yield 4.0% and 2.7%, respectively. Some of the retailers’ financial ratios that help measure the sustainability of dividends are getting stretched, too. For instance, Kohl’s debt-to-equity ratio most recently stood at 174%, up from 132% the year before, according to FactSet. American Eagle’s dividend payout ratio was at 80% vs 33% one year earlier. Gap’s dividend payout ratio was 365%, up from 37% a year ago. Advance Auto Parts’ payout ratio climbed to 71% from 25% year over year, while its debt to equity widened to 127% from 100%. Target’s dividend payout ratio has risen to 54% from 23%, according to FactSet, while its debt-to-equity has ballooned to 153% from 102%. Last year “was a boom year for retail and many companies booked record sales and profits,” Neil Saunders, a retail analyst at GlobalData, wrote in an email. “Coming off the back of this, retailers have been able to pay very good dividends, even though things have slowed down a bit in 2022. However, the general environment has now soured. Consumer demand is softer, costs are running much higher and margins are thinning, thanks to more discounting. That’s deflated profits which presents a risk of a dividend cut.” — CNBC’s Fred Imbert contributed reporting